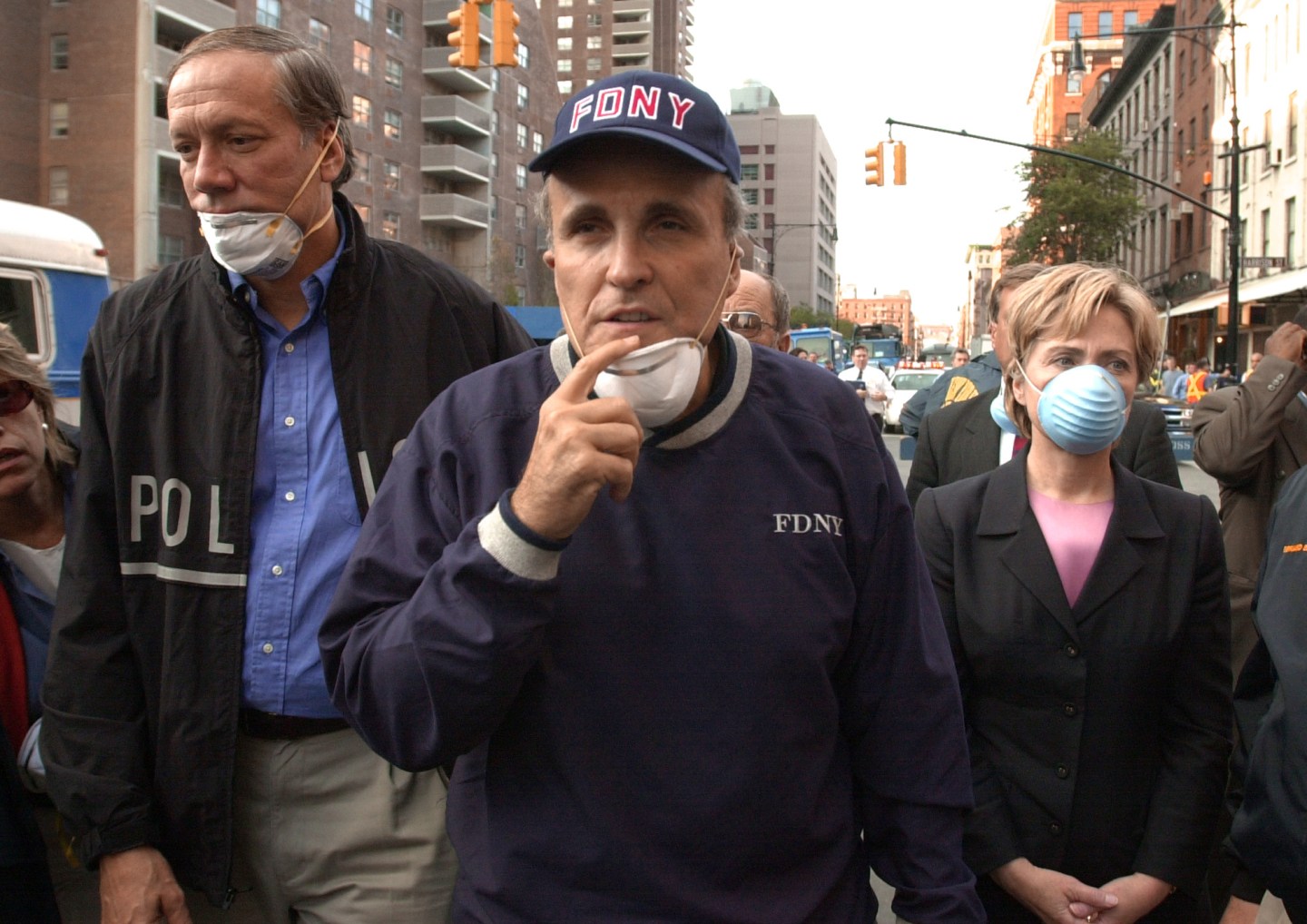 Stumping for Donald Trump in Ocala, Fla., on Wednesday, former New York Mayor Rudy Giuliani told a crowd that Hillary Clinton had falsely claimed to have been in New York on Sept. 11, 2001—an incorrect claim he took back a few hours later.

“I made a mistake. I’m wrong and I apologize,” Giuliani told The Associated Press.

In fact, she wasn’t in New York, but she never claimed to be, either.

On many occasions, Clinton has described being in Washington, D.C., on Sept. 11 when hijacked jets struck the World Trade Center and the Pentagon. She was a member of the Senate at the time, and Congress was in session.

The next day, commercial flights remained grounded but Clinton traveled to New York City aboard a government plane. There, she circled the smoldering World Trade Center in a helicopter, then toured ground zero with Giuliani and New York’s Republican governor, George Pataki.

Photos of that tour show Clinton standing shoulder to shoulder with Giuliani.

Asked about his comments, Giuliani said he thought he had heard Clinton say during the last presidential debate that she was in New York on 9/11. But after being contacted by a reporter, he reviewed a transcript and found out he was wrong.

Told that he was being criticized online by people posting photographs of him with Clinton at ground zero, Giuliani was contrite.

“I probably deserve it,” he said.

After returning to Washington, Clinton worked with other lawmakers to secure billions of dollars in federal aid for New York to assist in the city’s recovery.

In his speech in Ocala, Giuliani questioned Clinton’s commitment to people killed or injured in the attacks.