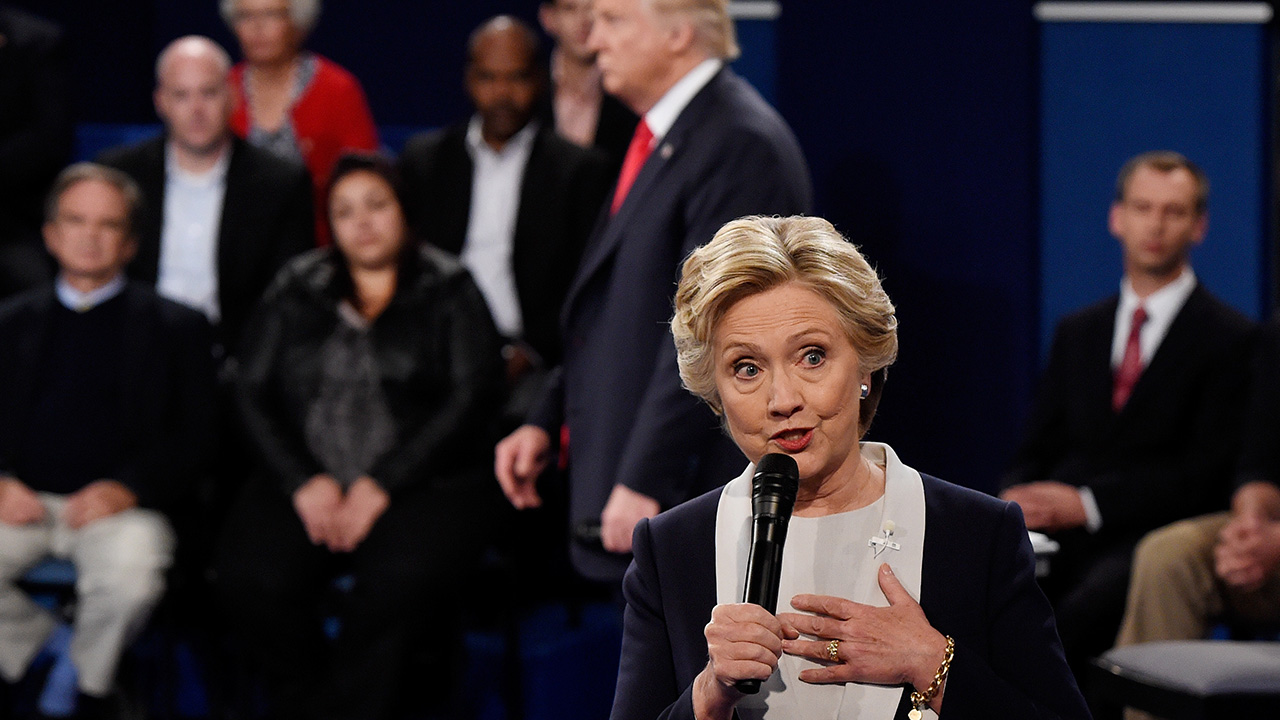 Hillary Clinton has spent almost the entirety of her presidential campaign refusing to publish the transcripts of paid speeches she gave to large financial institutions, like Goldman Sachs, in exchange for hefty paychecks during the period after she left the State Department in 2013, but before she launched her bid for president in 2015.

Perhaps now we know why.

Wikileaks, the international organization that disseminates government secrets, published a series of emails on Friday that were obtained by hackers who accessed the account of Clinton campaign chair John Podesta, which purport to show a conversation between Clinton aides discussing what parts of the speeches would be potentially damaging if excerpts were somehow made public. One statement that made the most waves was about trade and immigration, made during a presentation to Banco Itau, a Brazilian bank, in 2013:

My dream is a hemispheric common market, with open trade and open borders, some time in the future with energy that is as green and sustainable as we can get it, powering growth and opportunity for every person in the hemisphere.

These unearthed comments drew swift rebuke from Donald Trump himself, who said in a rally on Monday that “No one who supports open borders should be able to run for president, because we won’t have a country.” He also argued that Clinton “wants the United States to surrender to global governance with no controls.”

So is it fair to characterize what Clinton said in this way? Also, what might a “hemispheric common market” mean anyway?

First of all, the comments don’t actually depart significantly from what Clinton has been arguing for years. The Democratic nominee has long qualified her support for free trade agreements by arguing that they need to include higher environmental and labor standards on countries we are trading with before we sign.

This is the qualification that is generally made by economists favorable to the labor movement for decades now. As Robert Scott, Senior Economist and Director of Trade and Manufacturing Policy Research at the Economic Policy Institute has written, “Trade and investment deals like Nafta and T.P.P. are highly complex legal texts, written to favor multinational companies and large investors.” He argues that free trade agreements could be rewritten so that instead of giving multinational corporations more power, it simply lowers tariffs and requires trading partners to increase their labor and environmental standards.

Second, the type of free trade zone that Clinton is arguing for doesn’t have to be detrimental to American workers.

Jared Bernstein, the former Chief Economist for Vice President Joe Biden has argued that in the future, the United States should pursue free trade agreements that attempt to raise labor and environmental standards before they reduce barriers to trade. This would create the incentive for our trade partners to raise wages and standards in their own countries before they could reap the benefits of accessing the U.S. market. In addition, Bernstein has argued, free trade agreements should limit countries’ ability to manipulate currency, not cut back on government’s ability to regulate their service sectors or provide public services, and should be much more transparently negotiated.

Clinton’s public comments on TPP, and her private comments on free trade, can certainly be reconciled with the arguments of these left-leaning economists. She argued that her change in attitude towards TPP, from supporting it as Secretary of State to opposing it as a presidential candidate, was due to the fact that when the final agreement was announced, “it didn’t meet my standards for more new, good jobs for Americans, for raising wages for Americans.”

So Clinton calling for “open trade and open borders” isn’t actually at odds with her public statements on the issue. In an interview with Fortune in June, that I did for this story, Robert Scott pointed to the European Economic Community as the sort of free trade agreement the United States should strive for. When the EEC allowed less developed nations to join the Union, it gave generous subsidies to those countries to help encourage economic development that would make competition between countries fair and the free movement of people less of a burden on more developed countries. Scott says that this could be a model for U.S. agreements in the Western Hemisphere, if the political will for such integration can be mustered.

Therefore a dream of “open markets and open borders” need not be a dream in the service of capital over labor. While it may be naive to think that the world will be so prosperous and egalitarian that the free movement of people and capital wouldn’t be used to pit workers in one country against workers in another, it’s a reasonable “dream” for liberal, capitalist politicians like Hillary Clinton to strive for.

Of course, if she knew she were speaking publicly, Clinton would likely have phrased this differently. But what Trump and some Bernie Sanders supporters forget is that when you poll Americans, a majority think that globalization and free trade benefits the country as a whole. So while free trade agreements and support for immigration may hurt a politican during primary season, it’s not clear that this is an issue that will hinder Clinton come November.