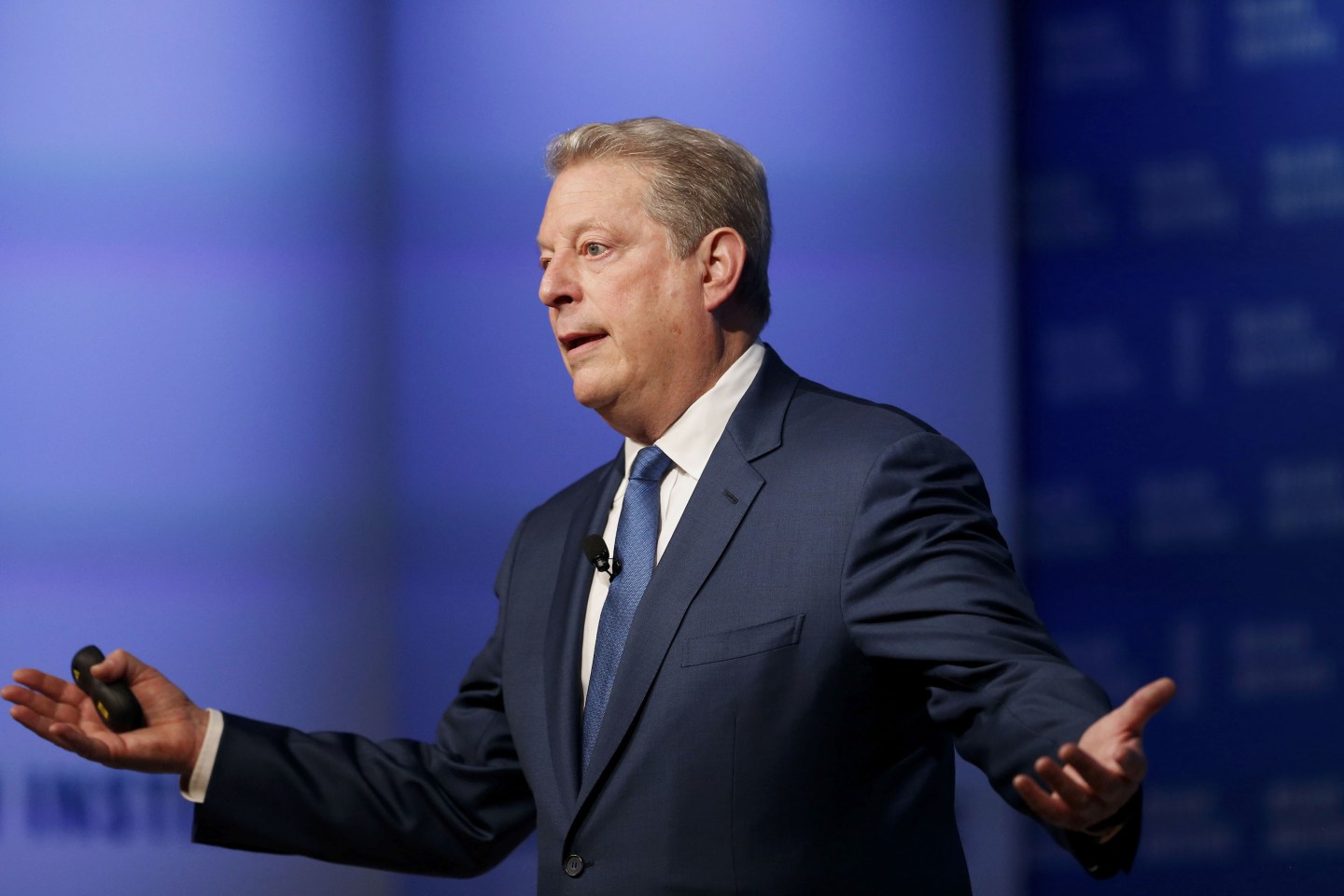 Hillary Clinton is tapping former vice president Al Gore, counting on his expertise on climate change—and perhaps a bit of ’90s nostalgia—to help her win over millennials in the final weeks before Nov. 8.

Gore, who served under Clinton’s husband in the ’90s, is set to join her on the campaign trail in the coming weeks, according to the Washington Post. His first appearance will be at a rally in Miami on Tuesday—the last day people can register to vote in Florida.

The location of this rally is particularly important because when Clinton and Gore appear together, Florida will not only still be recovering from damaged by Hurricane Matthew, but it’s also a state that feels the danger of rising sea-levels.

“At the event, Gore will discuss the urgent threat posed by climate change and lay out the high stakes of November’s election,” the Clinton campaign said in a statement, according to the Post.

When discussing those stakes, Gore is likely to call on millennials to ignore third-party candidates and choose Clinton, the paper reported. This is a situation he knows well, as Florida is the state where Green Party candidate Ralph Nader’s support helped keep Gore from winning the presidency in 2000.