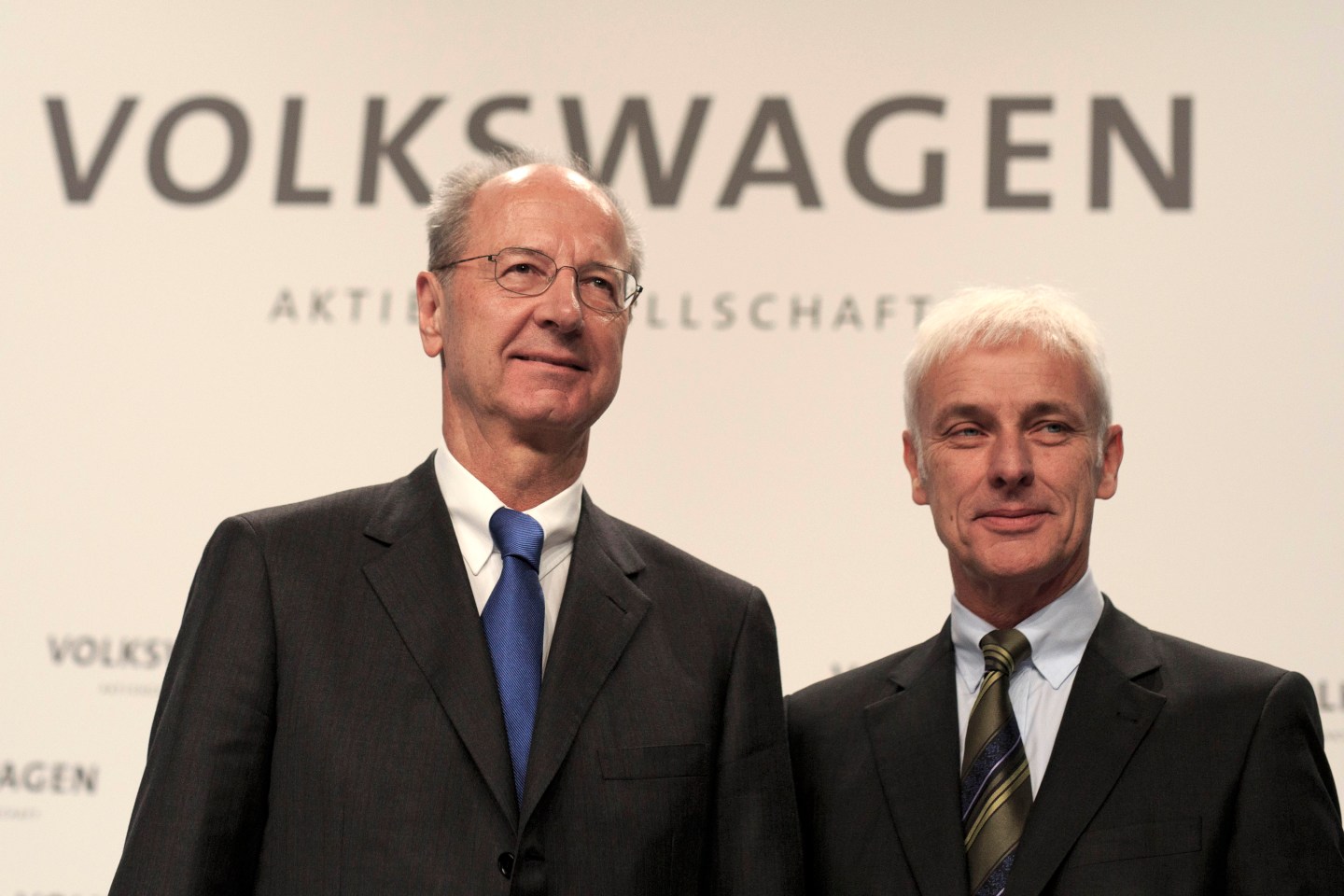 WOLFSBURG, GERMANY - DECEMBER 10: Hans Dieter Poetsch (L), Chairman of the Supervisory Board of Volkswagen AG, and Volkswagen Group Chairman Matthias Mueller (R), arrive to the press conference to announce the latest update in the company's handling of the engine emissions scandal on December 10, 2015 in Wolfsburg, Germany. Volkswagen is continuing to grapple with the consequences after it admitted installing software that cheats during emissions tests into 11 million of its diesel cars sold worldwide. (Photo by Carsten Koall/Getty Images)
Photograph by Carsten Koall—Getty Images

Volkswagen is not considering the sale of any of its brands or a capital increase to cope with the costs of the emissions scandal, its supervisory board Chairman Hans Dieter Poetsch told German daily Boersen-Zeitung.

“The Volkswagen group is financially solid and has many options for financing,” Poetsch said in the interview published on Friday.

“And that is without extraordinary measures such as a capital increase. That is not being considered at this time. We are also not thinking of selling parts of our brands,” he added.

Volkswagen has set aside €17.8 billion ($19.8 billion) to pay for costs related to the global emissions cheating scandal. The company faces civil litigation and potential fines from government regulators in the EU and other markets.

Poetsch indicated that he did not expect further provisions to be needed.

“The items that seem most likely are reflected in the provisions made so far. From today’s point of view, that is robust,” he told Boersen-Zeitung.