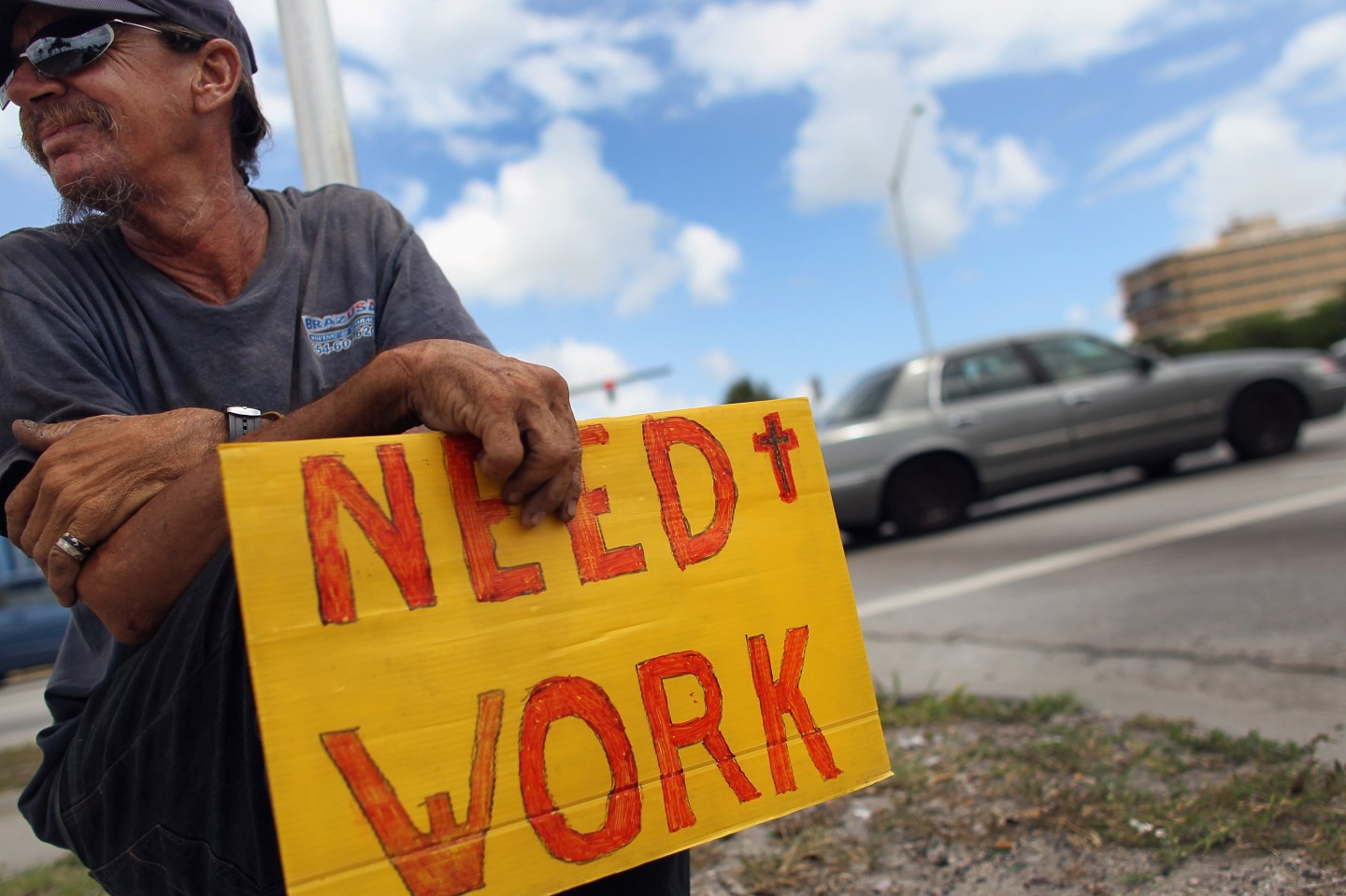 POMPANO BEACH, FL - JUNE 03: Stephen Greene works a street corner hoping to land a job as a laborer or carpenter on June 3, 2011 in Pompano Beach, Florida. Employers in May added 54,000 jobs, the fewest in eight months, and the unemployment rate inched up to 9.1 percent.
Photograph by Joe Raedle—Getty Images

Even though the summer is over, the jobs market continues to be on a low simmer.

Last month, employers added a less than expected 156,000 jobs to their payrolls. The projection was for the economy to add 177,000 jobs in September.

The unemployment rate rose to 5.0% for the month.

The number is another sign that the economy seven years after the recession continues to extend its slow expansion, long after many recoveries have cooled off. Earlier this week, a manufacturing index showed that the closely watched sector rebounded slightly from a dip in August.

The number also will put the Federal Reserve, which is still looking to raise interest rates this year, in a tough spot. Following the jobs number, investors are more likely to not see a Fed rate increase until at least December, if at all this year.