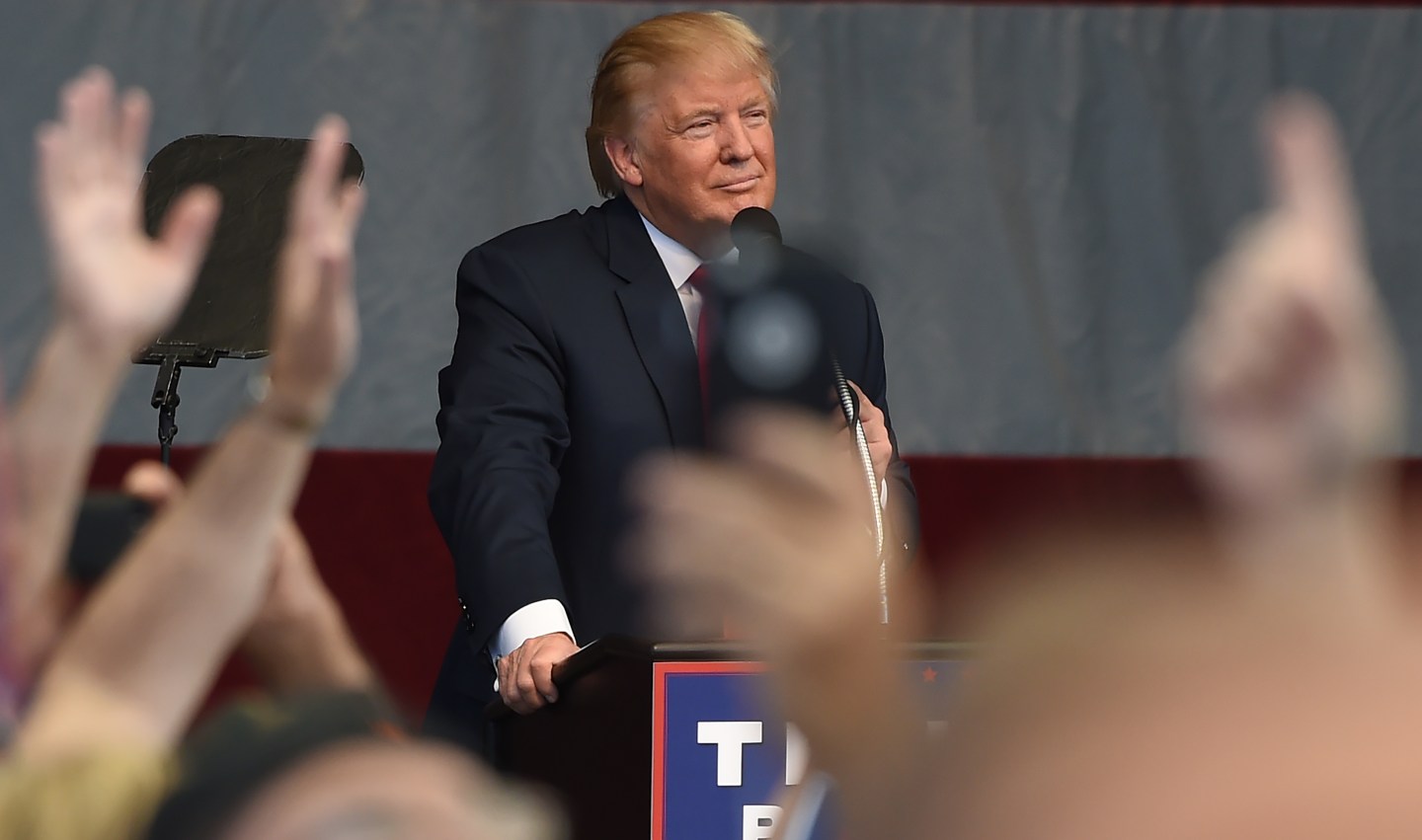 U.S. Republican presidential nominee Donald Trump said as many as 70% of federal agency regulations could be eliminated if he is elected in November, just hours after an adviser said the candidate would seek to cut 10%.

Trump, who blamed regulations for stifling business, told a crowd at a town hall event in New Hampshire on Thursday night that regulations for the environment and safety would remain.

“We are cutting the regulation at a tremendous clip. I would say 70% of regulations can go,” Trump said. “It’s just stopping businesses from growing.”

Earlier in the day during an online discussion with Reuters, Trump campaign adviser Anthony Scaramucci, a Wall Street financier who has raised campaign money for Trump, said Trump would eliminate 10% of regulations.

“We need regulation but immediately every agency will be asked to rate the importance of their regulations and we will push to remove 10% of the least important,” he said.

Another Trump campaign adviser reached by Reuters confirmed the 10% regulatory cut was part of their economic plan.

Jeff Holmstead, a former assistant administrator for the Environmental Protection Agency under George W. Bush’s presidency, said the goal was hard to comprehend.

“You could reduce the number of regulations by 10% without accomplishing very much,” he said.

He added it would make more sense for Trump to try to reduce the cost of regulatory compliance by 10%.

“I think it probably would be possible for a new administration to make changes that would reduce the cost of these programs by at least 10% while still maintaining essentially the same level of environmental protection,” he said.

Officials at the EPA and the U.S. Department of the Interior declined to comment, citing internal policies.

Scaramucci also said that Trump, a fierce critic of the Federal Reserve, would probably get along well with Fed Chair Janet Yellen.

Trump has repeatedly accused the Fed of serving as a political arm of the Obama White House. He says Yellen has put off raising interest rates in order to let President Barack Obama end his term in January without the economic shock that a rise in interest rates might entail.

Scaramucci, a founder of SkyBridge Capital, joined Reuters Global Markets Forum to discuss his views of the campaign. He said Trump would strive for a better balance in federal regulations.

Scaramucci was not as dismissive of Yellen as Trump is, saying he believes the New York property developer would warm to her eventually.

“There are many well-qualified candidates but I think Mr. Trump has to spend some time with chairwoman Yellen. I think knowing what I know about his personality he will like her,” he said.

Trump would seek to streamline regulations as a way to generate economic growth and help the flow of capital, the adviser said. Trump has specifically singled out the energy industry as an area that he would look at for reducing regulations.

“Wall Street is not the devil,” said Scaramucci. “In fact we are at our best when (there) is harmony between Main Street and Wall Street and we hope to restore that.”

Scaramucci singled out several areas that Trump would look to for reforms:

–Legislation similar to the former Glass-Steagall Act that limited the banking industry would be on the table for review.

— The Dodd-Frank banking reforms that emerged from the Great Recession of 2008-09 will be reviewed and “the worst anti-business parts of it will be gutted.”

— The Volcker rule will be adjusted. Named after former Federal Reserve Chairman Paul Volcker, it is part of the sweeping 2010 Dodd-Frank financial reform law. It aims to reduce risk-taking by preventing banks from using their own capital to make speculative bets.