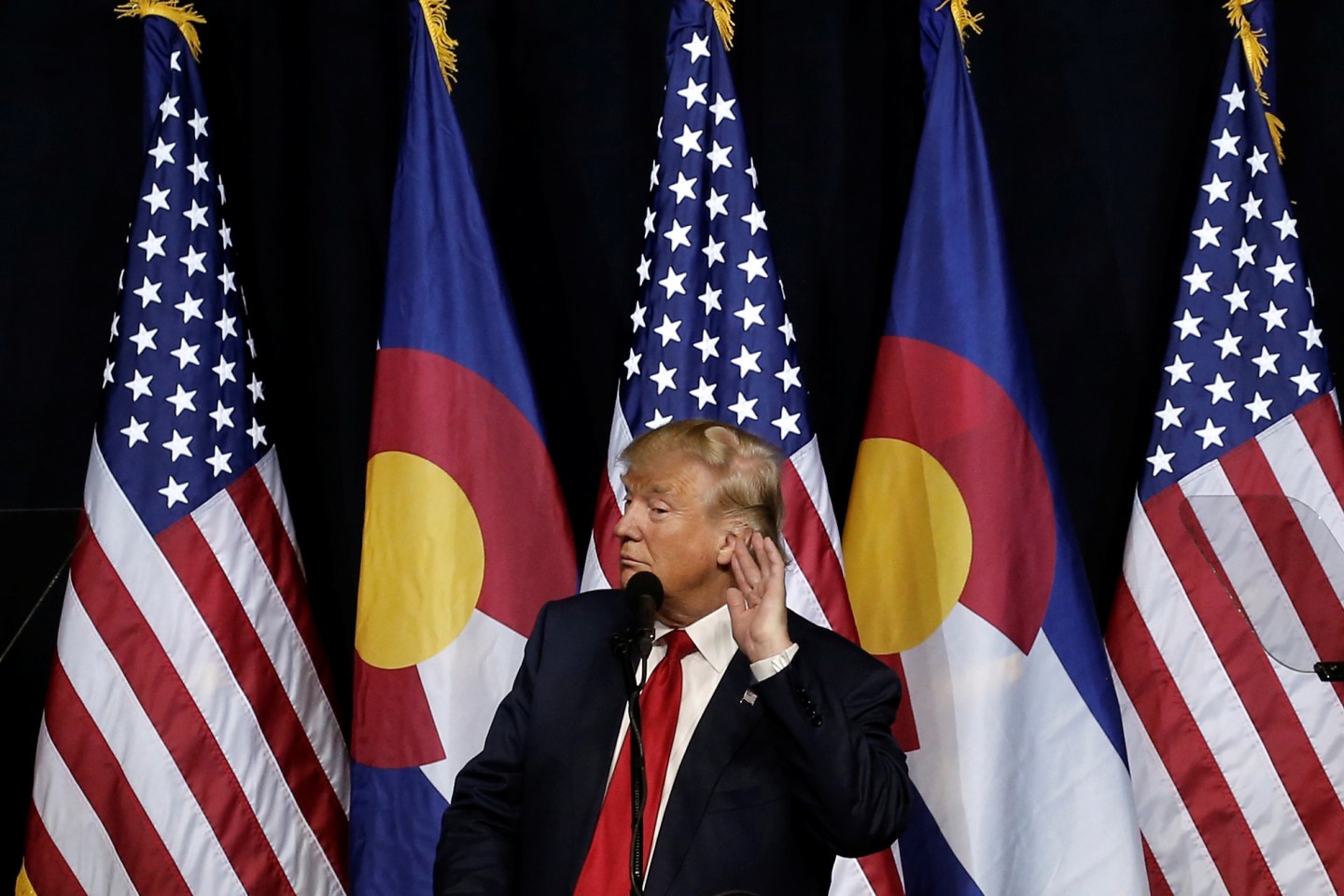 Republican presidential nominee Donald Trump said on Monday he “brilliantly used” U.S. tax rules to his advantage in trying to limit the amount he paid in taxes, arguing it helped him survive a difficult period in the real estate market.

“I was able to use the tax laws of this country and my business acumen to dig out of the real estate mess … when few others were able to do what I did,” Trump told a crowd in Pueblo, Colorado.

It was Trump’s first extended comments since a New York Times report said he had claimed a $916 million loss on his 1995 tax returns, which experts said might have allowed him to avoid paying federal income taxes for 18 years.

Hillary Clinton, the Democratic nominee for the Nov. 8 election, has seized on the report, arguing the tax records undercut Trump’s business acumen.

“What kind of genius loses a billion dollars in a single year? This is Trump to a T, he’s taken corporate excess and made a business out of it,” Clinton told a rally in Toledo, Ohio, on Monday.

Clinton has repeatedly called on Trump to release his full returns, as presidential candidates have done in the past.

Trump was dismissive of the Times’ story in his Pueblo remarks, saying the media was “obsessed with an alleged tax filing from the 1990s.”

The Trump campaign has not said, however, that the Times’ story was inaccurate. Instead, his supporters, including former New York Mayor Rudy Giuliani and New Jersey Governor Chris Christie have contended that Trump’s aggressive use of provisions under U.S. law to minimize his tax liability was evidence of his “genius” as a businessman and real estate investor.

Trump picked up on that theme on Monday. “I have brilliantly used those laws,” he told the crowd in Pueblo.

The flap over Trump’s taxes comes during what has been a difficult stretch for the candidate, who faced criticism for his performance in the Sept. 26 debate against Clinton and his subsequent public spat with former Miss Universe Alicia Machado.

A Reuters/Ipsos online poll last week showed a majority of Americans felt Clinton won the debate, the first of three scheduled between the candidates..

On Monday, the state of New York ordered Trump’s charity, the Trump Foundation, to suspend raising money amid a probe into its activities.