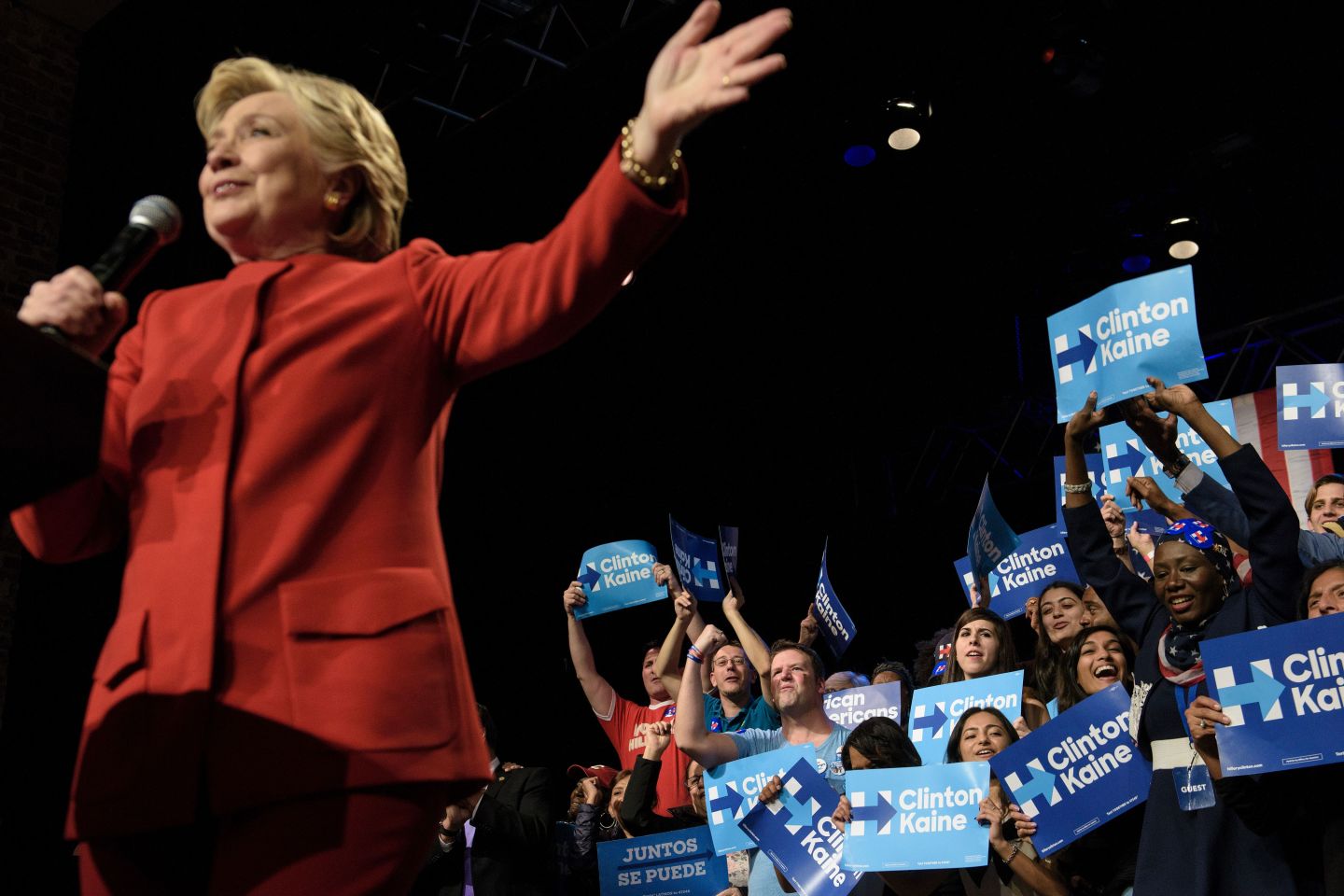 U.S. presidential candidate Hillary Clinton on Monday will unveil a plan to make it easier for consumers to take legal action against “bad corporate actors,” citing Wells Fargo (WFC) and Mylan Pharmaceuticals (MYL), according to a campaign official.

While campaigning in Ohio, the Democratic nominee will explain how she would, if elected on Nov. 8, curb the prevalence of contractual clauses that require consumers, employees and other individuals to resolve legal disputes in private arbitration proceedings instead of in courts, her campaign said.

Mandatory arbitration clauses sometimes require that claims be pursued on an individual basis instead of on behalf of a class of similarly situated individuals. Consumer advocates say this makes it prohibitively expensive to take legal action.

Clinton will call on the U.S. Congress to give agencies such as the Federal Trade Commission, the Federal Communications Commission and the Department of Labor the authority to restrict the use of arbitration clauses in consumer, employment and antitrust agreements, according to a preliminary plan reviewed by Reuters.

See also: Deutsche Bank Is Racing to Meet a Settlement Before the Election

Clinton will also discuss how she believes that the Consumer Financial Protection Bureau and other agencies already have the authority to curb the use of such clauses under the 2010 Dodd-Frank Act. The planning document said she would urge the Securities and Exchange Commission to exercise its authority to make related rules authorized by the financial reform law.

Wells Fargo is expected to be in the crosshairs when Clinton discusses how she would curb mandatory arbitration clauses.

For years, the bank’s employees opened as many as 2 million checking, savings and credit card accounts without the customers’ permission in order to meet sales quotas. Wells Fargo reached a $190 million settlement with federal regulators earlier this month.

When Wells Fargo chief John Stumpf testified before Congress recently about the unauthorized accounts, he said he did not expect the bank to waive a clause signed by its customers in order to open their authorized accounts. The clause said they would arbitrate disputes instead of suing Wells Fargo in court.

Democratic lawmakers in Congress, including Senator Elizabeth Warren of Massachusetts, have called on Wells Fargo to toss out the mandatory arbitration clause and allow customers to sue.

Clinton is also expected to criticize Mylan for sharply raising without justification the price of EpiPens, which deliver life-saving drugs to those with allergies. The criticism will be part of a larger push to curb excessive market concentration and encourage competition that benefits consumers, her campaign said.