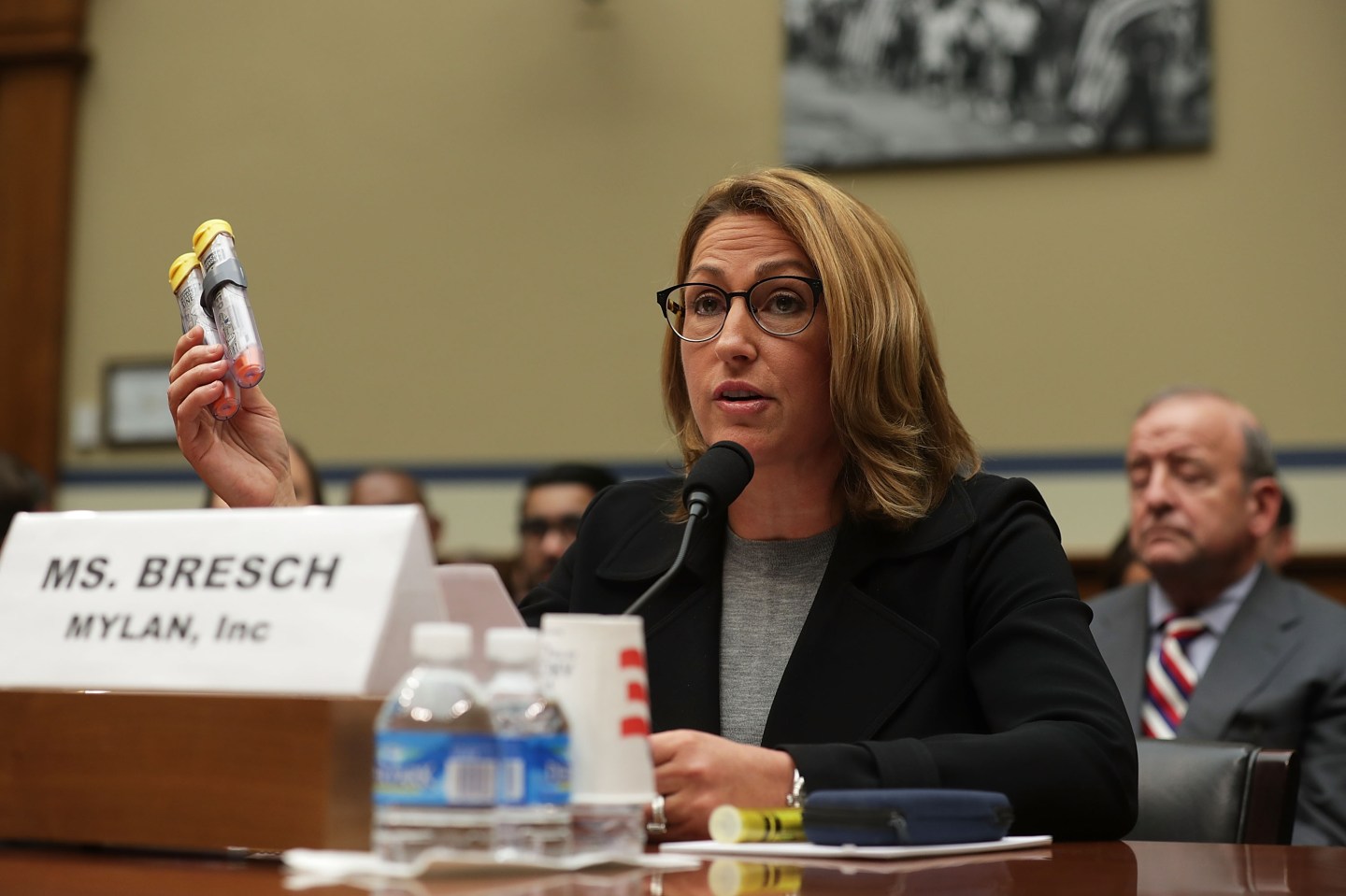 WASHINGTON, DC - SEPTEMBER 21: Mylan Inc. CEO Heather Bresch holds up a 2-pack of EpiPen as she testifies during a hearing before the House Oversight and Government Reform Committee September 21, 2016 on Capitol Hill in Washington, DC. The committee held a hearing on "Reviewing the Rising Price of EpiPens."
Photograph by Alex Wong—Getty Images

Americans are tired of overpaying for their medication.

On Thursday, the Henry J. Kaiser Family Foundation released findings from a survey it conducted Sept. 14-20. Kaiser regularly surveys the public to assess its opinion on healthcare-related issues, though this particularly poll was inspired by the recent Mylan (MYL) EpiPen price hike controversy.

Of the 1,204 American adults who responded, 77% think prescription drug costs are unreasonable, which is up from 72% last year. Another 26% said they have trouble paying for their medicine.

“There is widespread support for a variety of actions in order to keep costs down,” the study’s authors wrote.

These actions include giving the feds permission to negotiate lower drug prices for Medicare recipients and even an outright price cap on more expensive pharmaceutical products.

“Costs could be one reason why the share of Americans who say prescription drugs have made the lives of people in the U.S. better is declining,” the authors wrote.

Last week, Mylan CEO Heather Bresch told lawmakers that the company’s decision to increase the EpiPen price from $100 to $608 over the last decade was “fair,” because patients are now responsible for wholesale health insurance costs.

Bresch isn’t the only pharma CEO to face ire for rising drug prices. In 2015, Martin “Pharma Bro” Shkreli became a notorious household name after his company, Turing Pharmaceuticals, jacked up the price on a life-saving drug called Daraprim, which treats parasitic infections in HIV and cancer patients. After Shkreli’s company bought the drug, it raised the price from $13.50 per tablet to $750.