Apple’s Long-Awaited MacBook Pro Update Might Be Weeks Away 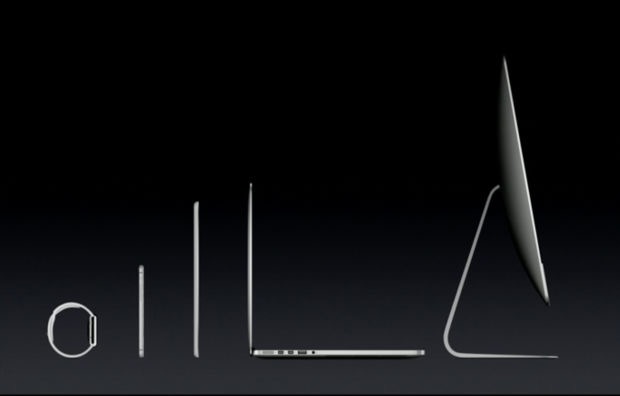 Anyone hoping to get Apple’s MacBook Pro update might not need to wait long.

Apple is expected to release a major upgrade to its MacBook Pro line of notebooks as early as October, Apple-tracking site MacRumors is reporting, citing sources. The release could be pushed back a bit, depending on how Apple’s development on the next update to its desktop operating system macOS Sierra works out, according to the site’s sources. However, Apple is hoping to complete its testing on the update, which will include tools that support the MacBook Pro’s new features, by the end of next week.

Apple (AAPL) did not immediately respond to a request for comment on the report.

Rumors have been swirling for months that Apple is planning to release a major upgrade to the MacBook Pro. Those reports have all suggested that the MacBook Pro would come with an organic light-emitting diode touchbar above the keyboard. The computer could also come with a Touch ID sensor that would allow users to make payments through the Safari browser, as well as unlock the operating system with a fingerprint. Apple is also rumored to be considering a slight redesign.

The MacBook Pro has been one of Apple’s most popular notebooks for years. However, its design, which features an aluminum body and black back-lit keyboard, hasn’t changed much over the last several years. Each update has simply offered new and better components to boost its power. The new MacBook Pro would be Apple’s first update to the computer since May 2015. It would also be the 10th anniversary edition: Apple’s first MacBook Pro was released on January 10, 2006.

It’s not immediately clear how Apple plans to release the notebook and whether it will hold a press event to unveil the MacBook Pro. However, reports have surfaced, saying Apple is planning a Mac-focused event for October that would include a MacBook Pro announcement along with the unveiling of other Mac upgrades. It’s likely that event would be held in late October.

The notoriously secretive Apple hasn’t commented on any future Mac plans and likely won’t until the computers are announced. But the rumors, coupled with an updated MacBook Pro’s conspicuous omission from Apple’s product lineup as the busy holiday shopping season approaches, suggest a new model is coming soon.