Here Are the World’s Most Innovative Universities for 2016 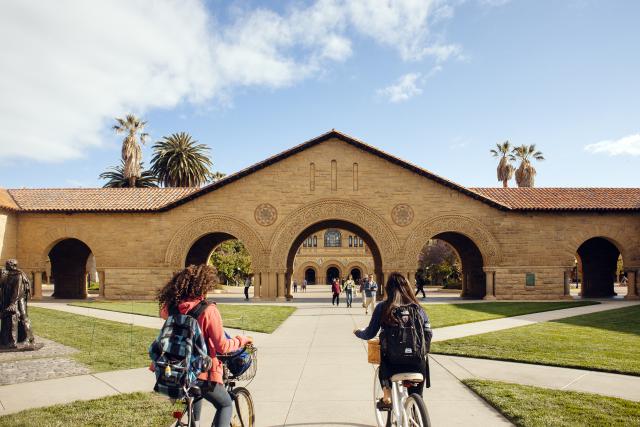 In the fast-changing world of science and technology, if you’re not innovating, you’re falling behind.

That’s one of the key findings of The Reuters 100: The World’s Most Innovative Universities. Now in its second year, the list ranks the educational institutions doing the most to advance science, invent new technologies and help drive the global economy.

Unlike other rankings that often rely entirely or in part on subjective surveys, Reuters relies exclusively on empirical data such as patent filings and research paper citations. Our 2016 results show that big breakthroughs — even just one highly influential paper or patent — can drive a university way up the list, but when that discovery fades into the past, so does its ranking. According to our findings, consistency is key, with truly innovative institutions putting out groundbreaking work year after year.

No university does that better than Stanford University, which once again tops the Reuters 100. Decade after decade, Stanford’s students and faculty consistently innovate. Companies founded by Stanford alumni — including Hewlett Packard (HPE) and Google (GOOGL) — have not only become household names, but have upended existing industries and been the cornerstone of entirely new economies. A 2012 study by the university estimated that all the companies formed by Stanford entrepreneurs generate $2.7 trillion in annual revenue, which would be equivalent to the 10th largest economy in the world.

Stanford held fast to its first place ranking by consistently producing new patents and papers that influence researchers elsewhere in academia and in private industry. Those are key criteria in the ranking of the world’s most innovative universities, which was compiled with data from the Intellectual Property & Science division of Thomson Reuters. It’s based on a methodology that focuses on academic papers (which indicate basic research performed at a university) and patent filings (which point to an institution’s interest in commercializing its discoveries).

The three highest-ranked universities on our list share Stanford’s record of consistent innovation. Researchers at the Massachusetts Institute of Technology (ranked #2) were behind some of the most important innovations of the past century, including the development of digital computers and the completion of the Human Genome Project. Harvard University (ranked #3), is the oldest institution of higher education in the United States, and has produced 47 Nobel laureates over the course of its 380-year history.

But look further down the list and it’s clear that innovation is a fickle thing. Take the case of Carnegie Mellon University, a private research university in Pittsburgh, Pennsylvania. When Reuters published its inaugural ranking of the world’s most innovative universities in September 2015, CMU ranked #56. But in 2016 the university fell out of the top 100.

How did such a big change occur? The high quality of a Carnegie Mellon education hasn’t changed: It’s still regarded as one of the top universities in the United States, and its computer science program is often considered the best in the world. But in 2015 CMU’s ranking got a big boost from a few blockbuster patents that are now more than a decade old.

See also: 5 Ways Rushing a Fraternity Or Sorority Will Help You Land a Job

One such patent, which described new biocompatible polymers that can be used in human patients for applications such as wound repair, was frequently cited by outside researchers as “prior art” in their own patent applications. It received 27 citations in 2008, more than any other CMU patent that year.

But in subsequent years its influence dropped. Since Reuters’ methodology only considers citations within a recent window of time, the 2016 ranking no longer includes this patent from 2008 and citations to it – and as a result CMU’s big discovery doesn’t have the same effect on its score. The university didn’t do anything wrong to cause it to drop off the list, that’s just the nature of innovation. One discovery can cause a sudden leap forward, and have an outsized impact on the world.

Meanwhile, some universities saw significant movement in the other direction, including, most notably, the University of Chicago, which jumped from #71 last year to #47 in 2016. Other list-climbers include the Netherlands’ Delft University of Technology (#73 to #44) and South Korea’s Sungkyunkwan University (#66 to #46).

While individual universities move up and down the ranking, the regional breakdown remains largely the same year over year. The United States continues to dominate the list, with 46 universities in the top 100; Japan is once again the second best performing country, with nine universities. France and South Korea are tied in third, each with eight. Germany has seven ranked universities; the United Kingdom has five; Switzerland, Belgium and Israel have three; Denmark, China and Canada have two; and the Netherlands and Singapore each have one.

See also: How STEM Skills Are the Next Great Equalizer

The highest ranked university outside the U.S. is the Korea Advanced Institute of Science & Technology, or KAIST, ranked #6. (KAIST placed first on Reuters’ recently published list of Asia’s Most Innovative Universities. Click here for details). Established in 1971 by the Korean government, KAIST was modeled after engineering schools in the United States, and initially funded with a multimillion-dollar loan from the United States Agency for International Development. Most major courses are taught in English, and the university maintains strong links to the U.S. academic community.

The most innovative university in Europe is KU Leuven, ranked #9, a Dutch-speaking school based in Belgium’s Flanders region. Founded in 1425 by Pope Martin V, it is the world’s oldest Catholic university, but its modern mission is comprehensive and advanced scientific research, and it operates autonomously from the church.

To compile its ranking of the world’s most innovative universities, the IP & Science division of Thomson Reuters began by identifying more than 600 global organizations — including educational institutions, nonprofit charities and government-funded labs — that publish the most academic research. Then they evaluated each candidate on 10 different metrics and ranked them based on their performance. (Click here for the full methodology.)

Careful observers might note a few differences between how non-U.S. schools ranked on Reuters’ regional innovation lists, Asia’s Most Innovative Universities and Europe’s Most Innovative Universities, and how they rank on the global innovators list. An institution’s relative ranking may change from list to list, since each ranking is dependent on summarizing 10 indicators and comparing that with others in a specific population; when that population changes, individual rankings might change as well.

Furthermore, the global list is restricted to institutions that filed 70 or more patents with the World Intellectual Property Organization during the five-year period examined by Thomson Reuters. The cutoff for regional lists is just 50 patents, allowing a more in-depth view of the most active institutions within a limited geographic area.

Of course, the relative ranking of any university — or whether it appears on the list at all — does not provide a complete picture of whether its researchers are doing important, innovative work. Since the ranking measures innovation on an institutional level, it may overlook particularly innovative departments or programs: a university might rank low for overall innovation but still operate one of the world’s best medical schools, for instance.

And it’s important to remember that whether a university ranks at the top or the bottom of the list, it’s still within the top 100 on the planet. All of these universities produce original research, create useful technology and stimulate the global economy.