No CEOs at Fortune 100 Companies Are Backing Donald Trump 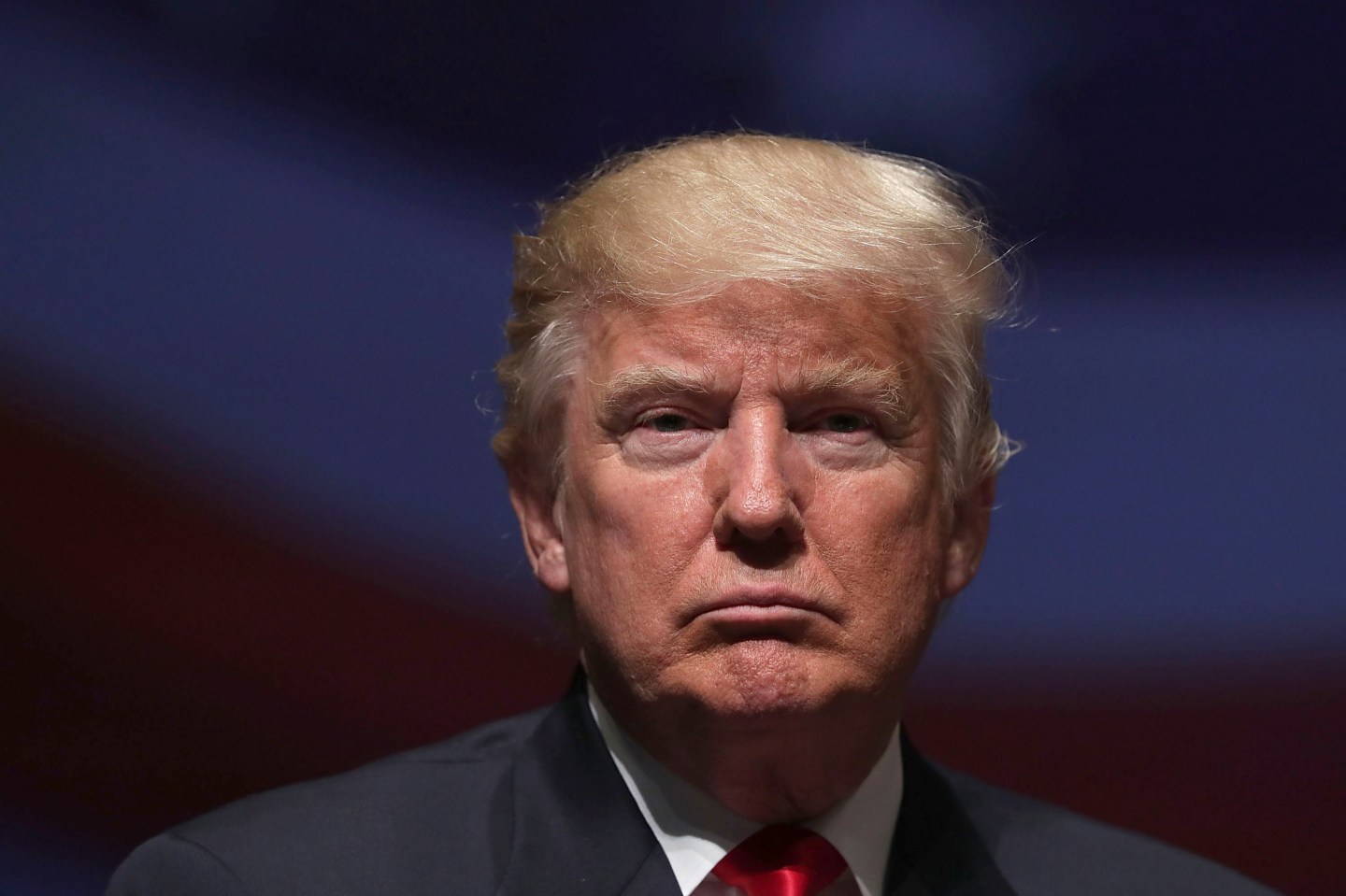 No chief executives at Fortune 100 companies have donated to Donald Trump’s presidential campaign through August, according to a new report.

According to a Wall Street Journal analysis of campaign donations, this is a drastic difference compared to the 2012 election, when the Journal reports that nearly a third of Fortune 100 CEOs supported the then Republican nominee Mitt Romney.

What’s more, 19 of the nation’s largest 100 companies gave to the other Republican candidates, including Go. Jeb Bush and Sen. Marco Rubio, during this year’s primaries. But since Trump became the GOP’s nominee, a whopping 89 out of the 100 top CEOs have not supported either presidential candidate. The remaining 11 have backed Democratic nominee Hillary Clinton, the Journal reports.

In comparison, Democratic nominee Hillary Clinton has received twice as many donations from Fortune 100 execs than President Obama did in 2012, according to the Journal. Just last month, Clinton received checks for $2,700 from Apple’s (AAPL) Tim Cook, American Airlines’ (AAL) Doug Parker, and Nike’s (NKE) Mark Parker. Individuals are capped at donating $5,400 to a candidate

The Journal reports that the 11 CEOs that back Clinton have donated more than $30,000 to her campaign. The financial loss for Trump’s campaign is modest, but garnering support from top executives is often a goal for candidates, as it gives off the impression to voters that the candidate is competent, especially on economic issues, according to the Journal.

But top execs aren’t showing Trump that desired support, and some CEOs like Meg Whitman, CEO of Hewlett Packard, have publicly criticized him.

The Journal reports that she called Trump “reckless and uninformed” in a Facebook post last month, and urged for other Republicans to not support him.

The CEO of General Electric, Jeffrey Immelt, called Trump’s comments about Mexicans and Muslims “unacceptable” in an interview with Vanity Fair last month, the Journal reports. Immelt donated to Sen. Lindsey Graham during the GOP primary.

Trump’s controversial campaign is the main reason he has not gained support from top execs. GOP strategists told the Journal that CEOs are likely not supporting his campaign out of “concern for public criticism.” That concern is apparently quite valid as Oculus Rift co-founder Palmer Luckey responds to backlash after donating to the pro-Trump organization Nimble America.

“Any contribution would cause pushback from employees and customers. When you contribute, you own that candidate’s positions and persona,” Ed Rogers, a Republican lobbyist and consultant, told the Journal.