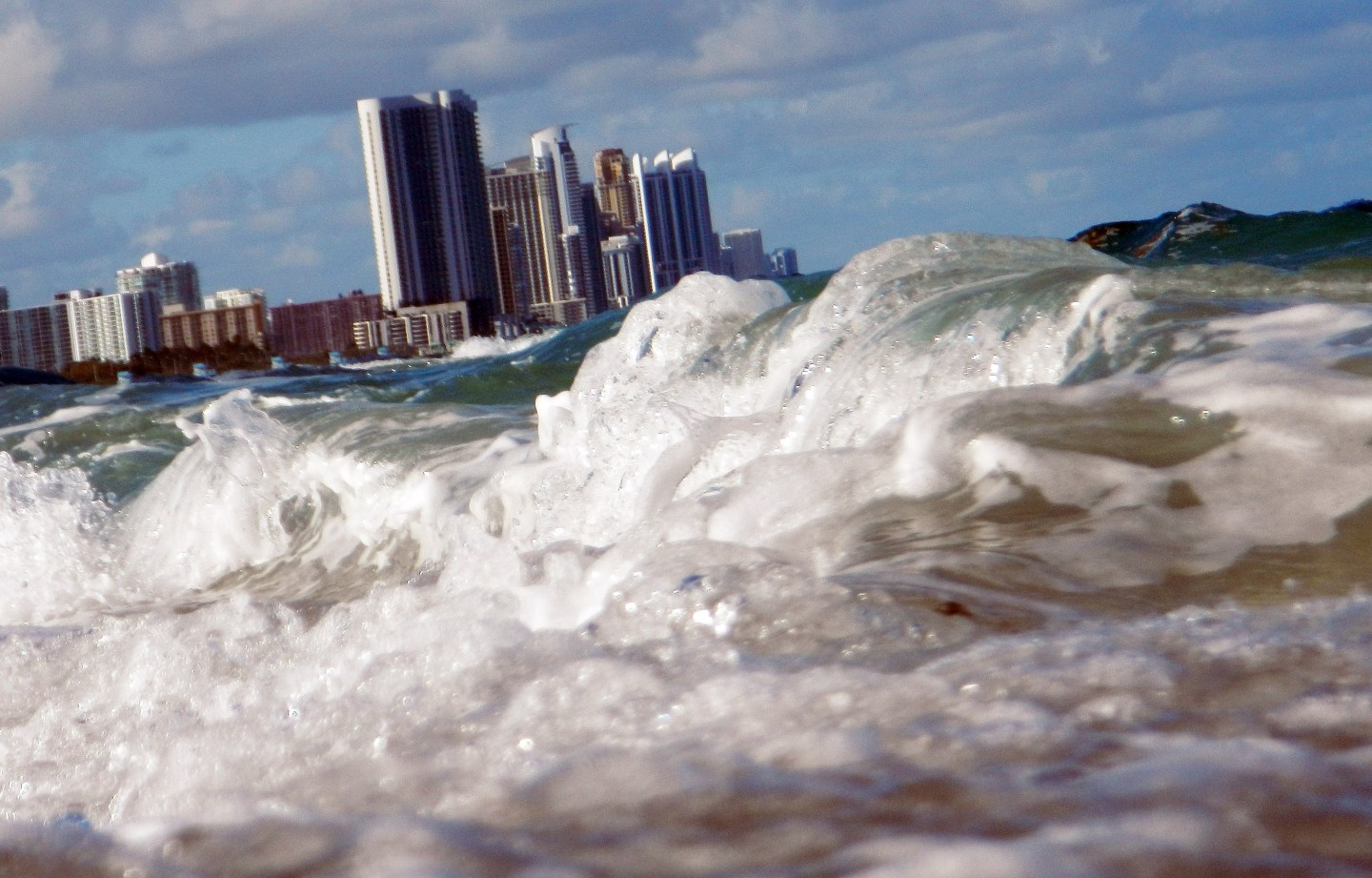 Buildings are seen near the ocean as reports indicate that Miami-Dade County in the future could be one of the most susceptible places when it comes to rising water levels due to global warming on March 14, 2012 in North Miami, Florida. Some cities in the South Florida area are starting to plan for what may be a catastrophic event for the people living within the flooding area.
Photograph by Joe Raedle—Getty Images

A new website powered by the White House and partners including Google (GOOGL) and Microsoft (MSFT), aims to pull real-time climate data from NASA satellites and other sources for planners preparing for the effects of climate change, its founders said on Thursday.

It is the first partnership of its kind to gather in a single place climate projections and figures for decision-makers previously faced with a dearth of information, according to the World Resources Institute (WRI), one of the partners.

The website, PrepData, will process data from NASA, the National Oceanic and Atmospheric Administration, and the U.S. Department of Interior, among other sources.

While raw climate data is often too technical for policy-making, PrepData will translate it into easy-to-use information, the U.S.-based environmental group WRI said in a statement.

Last December, 195 nations agreed to try to hold world temperature rise to “well below” 2 degrees Celsius, with an aim of 1.5 degrees Celsius. The Paris agreement was ratified by the United States earlier this month.

“Emissions reductions alone are … not a sufficient response to the climate crisis,” said Holdren at a launch of the website on the sidelines of the annual United Nations General Assembly in New York.

“Critical to building climate resilience is ensuring easy access to authoritative, actionable data about ongoing and projected impacts of climate change,” he said.

Over the next year, only four users will be able to make use of all the website’s functions—California’s Sonoma County, the cities of Porto Alegre in Brazil and Durban in South Africa, as well as the Climate Impacts Group at the University of Washington.

But after that it will be open to anyone, WRI said.