SpaceX Reveals Why Its Rocket Exploded 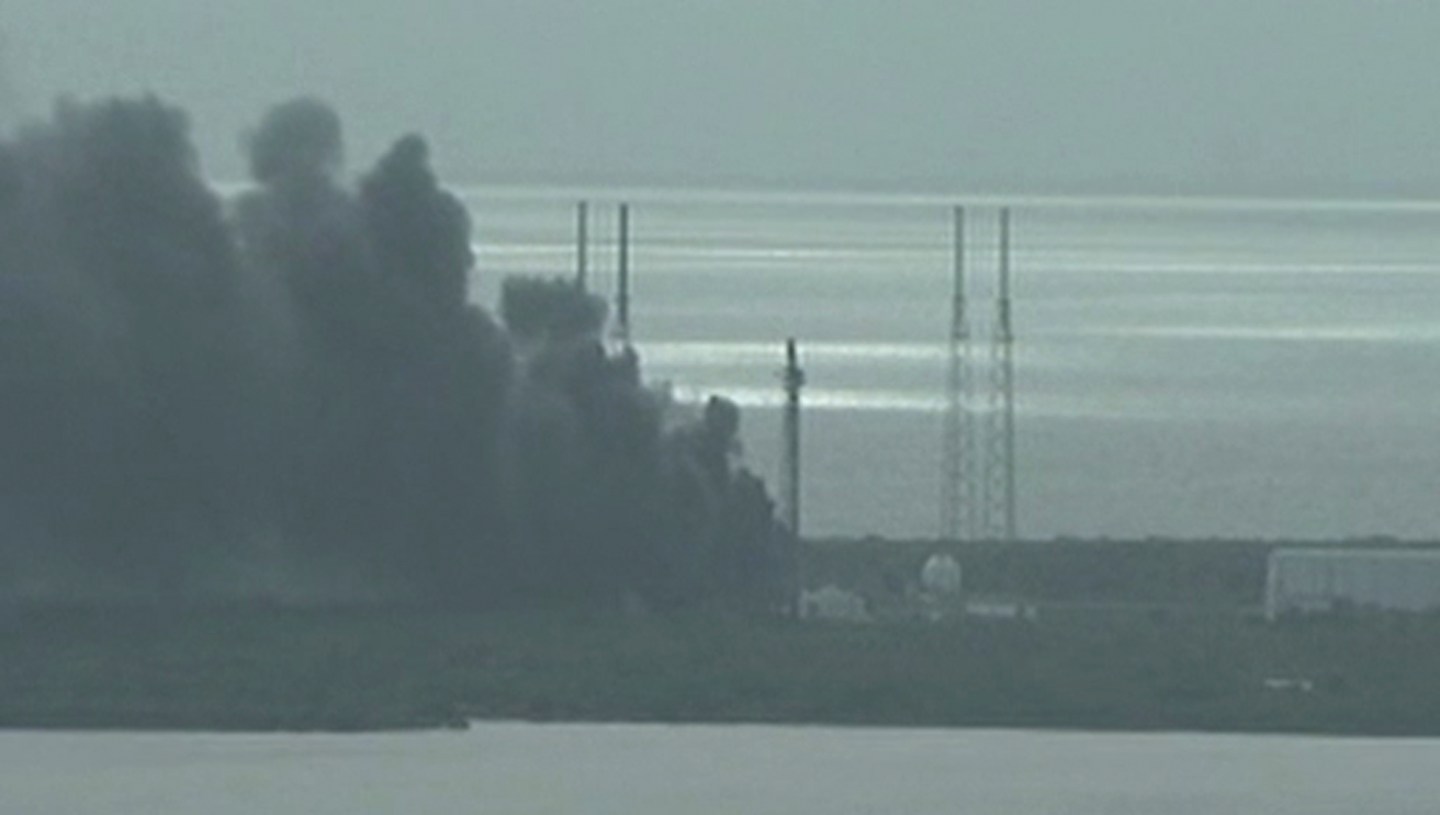 A still image taken from video of smoke rising on the launch site of SpaceX Falcon 9 rocket in Cape Canaveral, Florida, September 1, 2016. NASA TV/Handout via REUTERS ATTENTION EDITORS - THIS IMAGE WAS PROVIDED BY A THIRD PARTY. EDITORIAL USE ONLY - RTX2NRYE
NASA/Reuters

(Reuters) – A SpaceX rocket that burst into flames on its launch pad early this month likely suffered a large breach in its upper-stage helium tank, the company said on Friday.

SpaceX, owned and operated by technology entrepreneur Elon Musk, was fueling a Falcon 9 rocket on the launch pad in Florida on Sept. 1 in preparation for a routine test-firing when a bright fireball suddenly emerged around the rocket’s upper stage.

“At this stage of the investigation, preliminary review of the data and debris suggests that a large breach in the cryogenic helium system of the second stage liquid oxygen tank took place,” SpaceX said in a statement posted on its website.

No one was hurt in the explosion, which could be heard 30 miles away from SpaceX’s launch pad at Cape Canaveral Air Force Station. The cause of the accident is under investigation.

SpaceX said it had learned enough to conclude that whatever triggered the fireball was not related to an accident last year that occurred about 2 minutes after lift-off.

For more about Elon Musk, watch:

The California-based firm said it would shift some missions to a new launch site at NASA’s Kennedy Space Center, adjacent to the Air Force base. SpaceX also operates a launch site at Vandenberg Air Force Base in California, which it uses for high-inclination and polar-orbiting missions.

SpaceX has more than 70 missions on its manifest, worth more than $10 billion, for commercial and government customers.

The firm is one of three major transportation and energy enterprises connected to Musk. The others are electric car maker Tesla Motors Inc and solar power company SolarCity, which Tesla hopes to acquire.