Hampton Creek: The History of a Mayo Startup in 5 Controversies 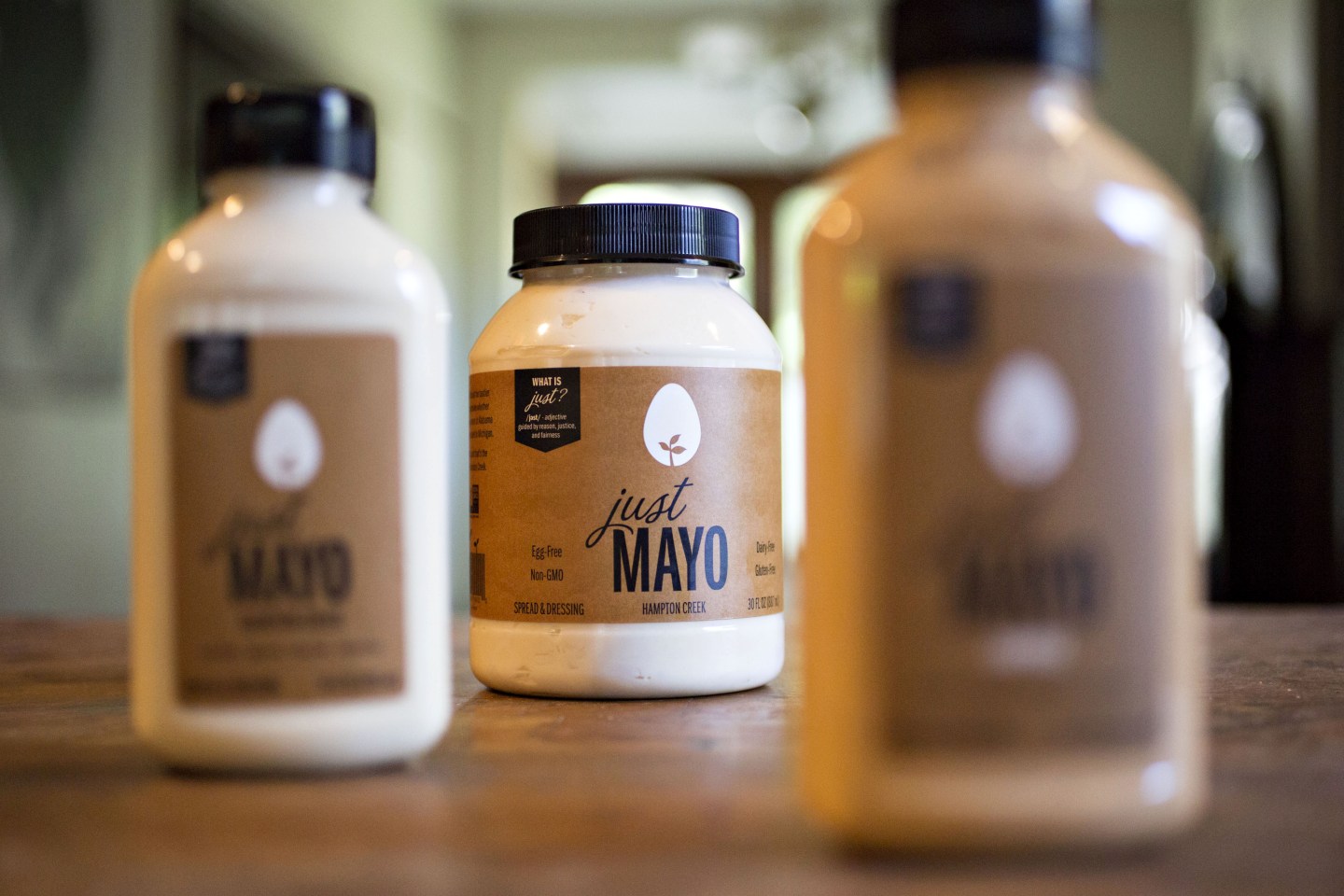 From its founding, Hampton Creek and its pugnacious founder Josh Tetrick have seemed to define themselves in opposition to something else. The company’s signature product, an egg-free mayo, was never positioned merely as an alternative to traditional mayonnaise. Hampton Creek held the product out as a healthier, more sustainable, better product. Tetrick, a burly former college football player, was more than happy to take on anybody who disagrees.

Since then, the company has tangled with rivals, trade associations, the media, regulators, and now, it seems, prosecutors. Yesterday, Bloomberg Businessweek published a detailed exposé alleging a “pattern of mistaken or exaggerated claims that may prove to be deliberately deceptive.”

Till now, Hampton Creek has emerged mostly unscathed—if not better positioned—after its tussles, mostly because it was able to establish itself as an underdog battling far larger institutions.

In the instance chronicled by the new article, however, the threat appears more significant. The U.S. Securities and Exchange Commission and the Justice Department have launched investigations into whether the company committed fraud. Hampton Creek has denied wrongdoing; the company did not respond to a request to comment for this story. Below, a history of the company in five controversies.

In November 2014, Big Food behemoth Unilever filed a civil suit against Hampton Creek claiming that because the upstart’s Just Mayo product doesn’t contain any eggs, it shouldn’t be called or marketed as mayo or mayonnaise. The suit alleged false advertising and unfair competition.

Unilever’s move backfired almost instantly. The company, which admitted Hampton Creek was taking market share from it, was perceived as a heavy-handed Goliath picking on a David and a month later Unilever dropped its claim.

Victor in a knockout: Hampton Creek

Last summer Business Insider published an investigation based on interviews with more than a half-dozen former Hampton Creek employees who alleged that the company “used shoddy science, or ignored science completely, stretched the truth when labeling samples, and created an uncomfortable and unsafe work environment, partly in in an effort to meet production deadlines.” One ex-staffer called the company a “cult of delusion.”

Tetrick responded to the allegations in a Medium post, claiming that the story was “based on false, misguided reporting.”

3. The FDA vs. Hampton Creek

In August 2015 Hampton Creek received a letter from the U.S. Food and Drug Administration picking up where Unilever left off. The letter claimed that the company’s Just Mayo products were “misbranded” because they do not meet the legal definition of mayonnaise.

The letter stated that not only does Just Mayo lack eggs, a standard of identity for mayonnaise, but also include ingredients not permitted in the spread, such as modified food starch, pea protein, and beta-carotene.

In the end, Hampton Creek received a light slap on the wrist. About four months later the FDA allowed the use of “mayo” after Hampton Creek agreed to make “egg-free” bigger on the label and the logo of a cracked egg smaller. The company also added the words “spread and dressing” to its label—a signal that the FDA was uncomfortable redefining mayonnaise.

4. The American Egg Board vs. Hampton Creek

Last October the U.S. Department of Agriculture launched an investigation into the American Egg Board after emails released under the Freedom of Information Act revealed that the quasi-governmental agency had waged a campaign against the the egg-free mayo maker. The American Egg Board had attempted to keep Hampton Creek’s products out of Whole Foods and called the company a “crisis” for the egg sector.

In the wake of the pseudo-scandal the president of the American Egg Board ended up retiring early. And in July a bill was introduced in the Senate attempting to make these checkoff programs, which promote and do research for commodities, more transparent and stop them from any anti-competitive behavior.

Victor in a knockout: Hampton Creek

Yesterday’s article builds on an August piece from Bloomberg, which reported that Hampton Creek employees and contractors bought up massive quantities of the company’s products from store shelves—an amount that extended far beyond the quality control purposes the company claimed they were for.

The story in part details how to raise funding the company used environmental and sustainability claims, which were later disproved. It also reveals that investor Ali Partovi, who also had a very brief stint as the company’s full-time chief strategy officer, told the Hampton Creek board that Tetrick was misleading investors.