Here’s How Much the iPhone 7 Cost to Manufacture 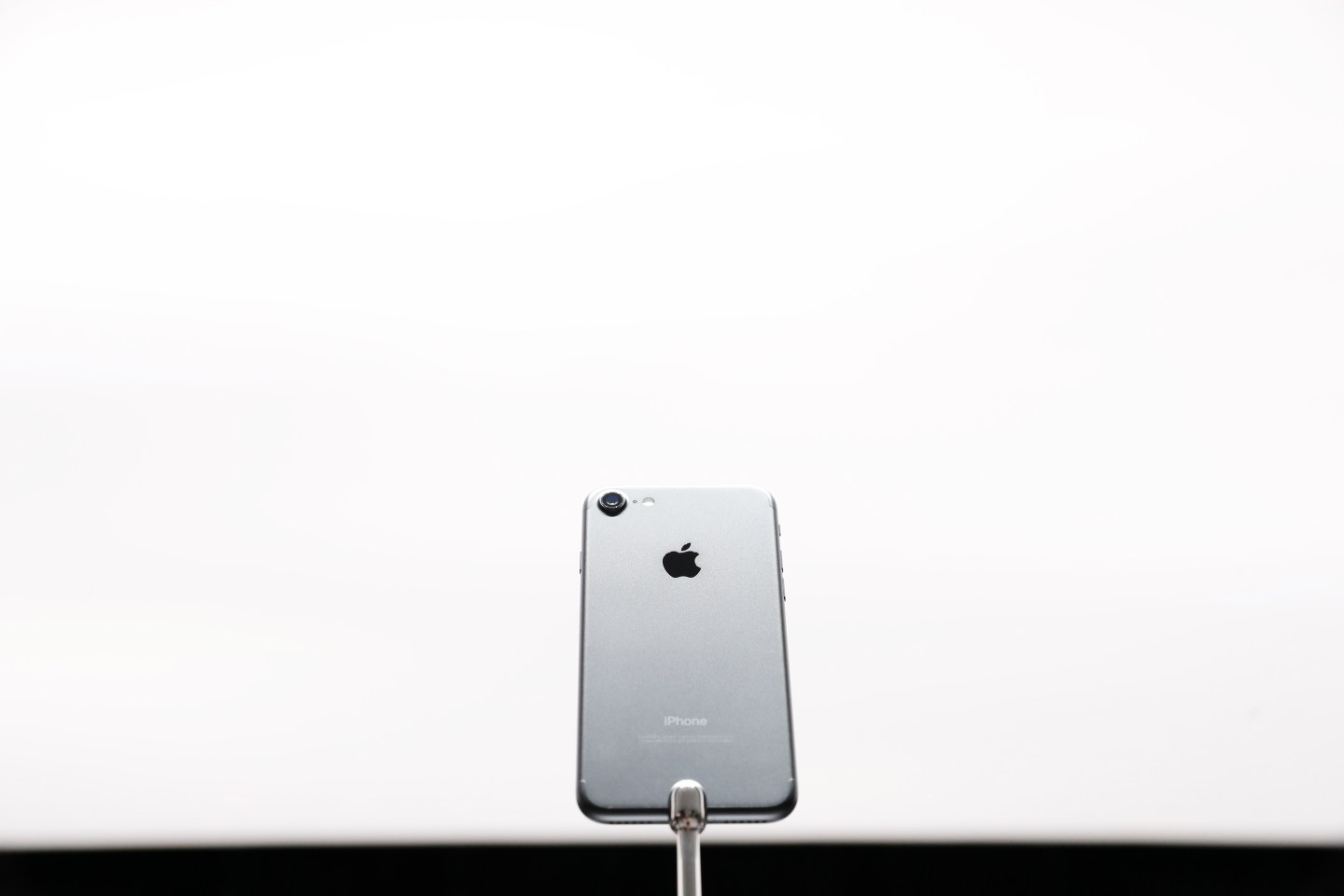 SAN FRANCISCO, CA - SEPTEMBER 07: An Apple iPhone 7 is seen during a launch event on September 7, 2016 in San Francisco, California. Apple Inc. unveiled the latest iterations of its smart phone, the iPhone 7 and 7 Plus, the Apple Watch Series 2, as well as AirPods, the tech giant's first wireless headphones. (Photo by Stephen Lam/Getty Images)
Stephen Lam — Getty Images

The iPhone 7 might not have a headphone jack, but it’s still more expensive to manufacture than the headphone-port-equipped iPhone 6s launched last year, according to new data.

The total bill of materials, or cost of the iPhone 7’s components, add up to $219.80, research firm IHS Markit said in a statement on Tuesday. The company estimated that actually building the iPhone 7 costs Apple $5, bringing its total manufacturing cost to $224.80. The price applies only to the 32GB iPhone 7 and is based on preliminary findings, suggesting IHS could change its estimate after it completes its final review.

“Total bill of material costs for the iPhone 7 are more in line with what we have seen in teardowns of recent flagship phones from Apple’s main competitor, Samsung, in that the costs are higher than in previous iPhone teardown analyses,” said Andrew Rassweiler, senior director of cost benchmarking services for IHS Markit, in a statement. “All other things being equal, Apple still makes more margin from hardware than Samsung, but materials costs are higher than in the past.”

Still, don’t feel too bad for Apple: the iPhone 7 IHS evaluated costs $649, giving the company a profit of more than $424 on each unit it sells. IHS has yet to evaluate other iPhone 7 versions, including the larger iPhone 7 Plus, to determine how much Apple is making on the sale of those units.

Apple’s iPhone 7 hit store shelves on Friday and was announced at a press event earlier this month. The smartphone comes with a design that’s similar to its predecessor the iPhone 6s, but has a much-improved processor known as the A10, as well as new cameras. The iPhone 7 also comes with a new Home button and has eliminated the headphone jack. Its display delivers more brightness and better color accuracy than last year’s model.

Each new update brings new manufacturing challenges that can often boost the price of production for awhile. Over time, like other device makers, Apple’s costs slide as component and assembly prices come down. For Apple, that means increased profits as time goes on.

However, whether Apple is actually making as much as IHS says remains to be seen. IHS itself says that its findings are preliminary and could change when it completes its final review later this year. Its final review is complete when it evaluates each component in more detail.

That said, Apple has long shrugged off estimates. In an earnings call in April, CEO Tim Cook said he’s yet to see “one that’s even close to accurate.” His comments followed those made by then-CFO Peter Oppenheimer, who suggested in 2010 that third-party bill-of-material reports were inaccurate.

Apple itself has never revealed its actual per-unit cost to build an iPhone.