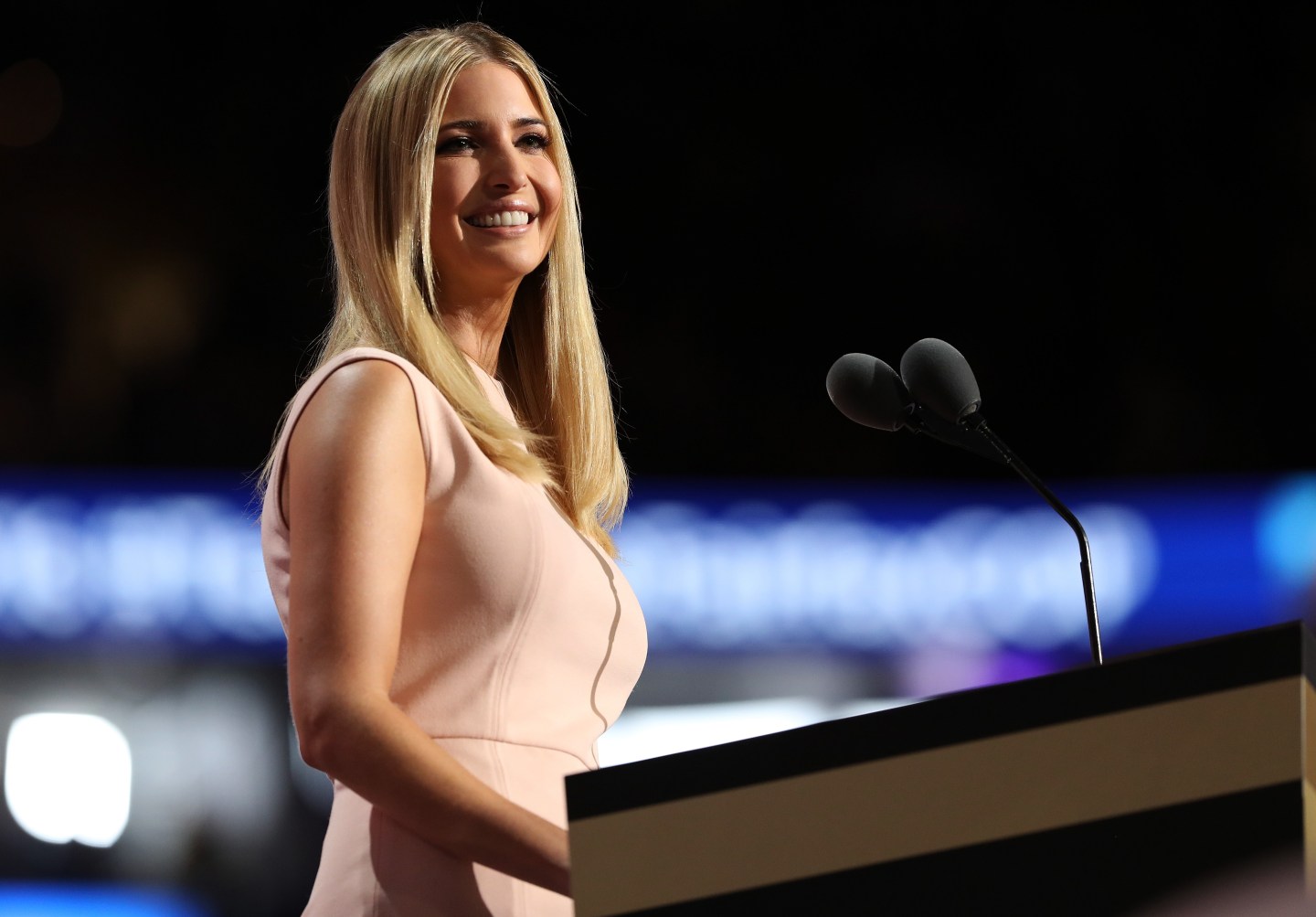 Ivanka Trump, daughter of Republican presidential nominee Donald Trump, fully supports her father’s child care plan. After all, she helped him come up with it.

On Tuesday, Ivanka reiterated the points her father made during a Pennsylvania rally in an op-ed for the Wall Street Journal. One point was Donald’s plan to rewrite the tax code that would deduct the cost of childcare expenses from income taxes for up to four children, as well as (an unspecified number) of elderly dependents.

Many think this is Donald’s latest attempt to woo women voters from Clinton, who has historically appealed to more women and who currently leads him 42% to 35% overall, according from a Reuters poll early this morning. But Ivanka said the deduction idea was made with working and middle-class families in mind or those who earn less than $250,000 a year or under $500,000 for couples filing jointly.

A year of child care costs higher than a year of in-state tuition at most colleges, according to a 2015 statement from the White House, which isn’t just hard on children and their development—but also “parents who are struggling to balance work and family obligations.”

To that effect, Donald’s proposed tax deductions would help stay-at-home parents save extra money for their children through Dependent Care Savings Accounts. A deduction the “wealthiest individuals will not be eligible for,” Ivanka said.

Donald addressed federal regulations that currently discourage informal care and opportunities to provide child care to parents at places of work, too—an issue Ivanka said she is “very passionate about” as a mother herself. When Donald was working out ways to help struggling parents, Ivanka said she brought up some of the major problems she thinks they face today, ultimately helping him shape his policy.

This includes maternity leave. Ivanka said her father’s plan guarantees new moms six weeks of paid maternity leave by amending the existing unemployment insurance that companies are required to carry. This is “triple the average paid leave that new mothers receive, and it will do so without raising taxes,” she added.

“We all agree that women should have equal pay for equal work, but that’s not enough,” Ivanka said. “The lack of quality, affordable child care is one of the biggest challenges facing American parents.”

Under Donald’s policy, lower-income taxpayers will be eligible for spending rebates through the existing Earned Income Tax Credit. Eligible families could get as much as $1,200 back each year.

“Child care is an undisputed work-related expense. In business, other such expenditures are tax-deductible,” she said, regarding the proposed rebates. “This single reform under the Trump plan will effectively increase the take-home pay for tens of millions of American parents.”

As the Nov. 8 election looms ahead, Ivanka’s op-ed could be seen as an attempt to soften her father’s image—not unlike when she presented her father at the GOP convention in July. She’s back to assure voters that her “father is prepared to chart a new course that promotes strong families and celebrates their individual needs; one that honors, respects and empowers both working and stay-at-home mothers and caregivers.”

But as Trump’s favorability among women continues to lag, only November will determine if his proposed policies will give him the leg up over Clinton in November.