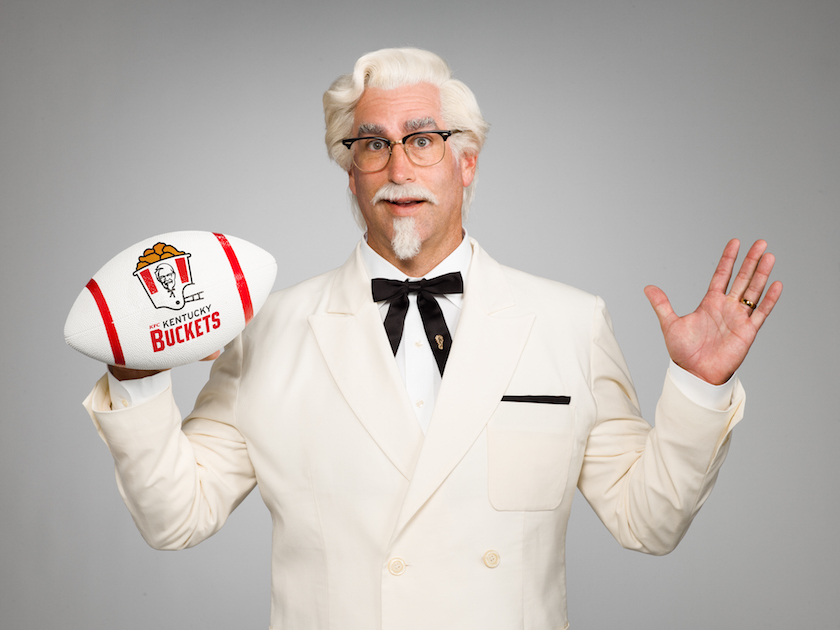 KFC has unveiled yet another colonel.

This time the part is being played by Rob Riggle, the first person to take on the role who is actually a real-life colonel. The actor and comedian is a retired Lieutenant Colonel who used to serve in the U.S. Marine Corps Reserve. Now he plays the “owner, head coach, and marketing director” of the Kentucky Buckets, a fake NFL team created by Yum Brands-owned (YUM) KFC to promote the chain’s $20 Fill Ups.

The overly self-aware promotional video describes the Kentucky Buckets as “a real team, and not just a marketing gimmick to get buckets of delicious chicken in front of football fans.” We can expect to see them in a series of promos alongside Coach Colonel Sanders and Fox Sports’ Cooper Manning during FOX’s NFL Kickoff, according to a KFC press release.

“Rob Riggle was the obvious choice for those on the Internet calling for us to use the real Kentucky Colonel in our ads,” KFC U.S. chief marketing officer Kevin Hochman said in the release. “He was born in Louisville, Kentucky and served our country as a Lieutenant Colonel in the Marines. It doesn’t get any more real than that.”

The fried chicken chain appears to be racking up a team of themed colonels. This summer George Hamilton made his debut as KFC’s Extra Crispy Colonel to promote its extra crispy chicken recipe. Other colonels have included comedians Norm McDonald and Darrell Hammond.