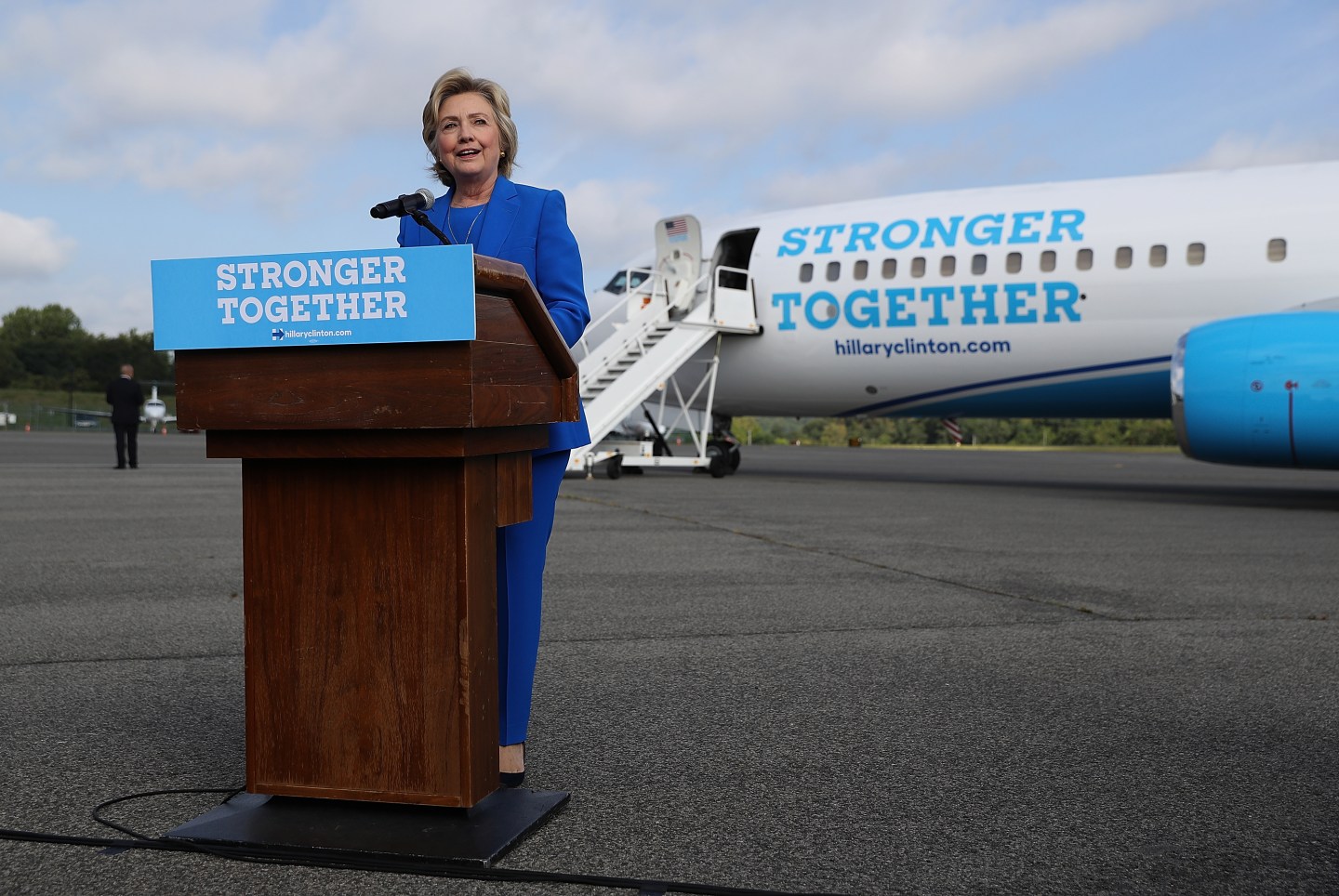 Hillary Clinton slammed Donald Trump’s comments on a classified briefing he received as “totally inappropriate and undisciplined” in remarks Thursday.

Trump said during a Wednesday town hall on national security that he could tell from “the body language” of the experts who briefed him that “they were not happy” with President Obama’s decisions.

“Our leadership, Barack Obama, did not follow,” he said. “They call it intelligence, it’s there for a reason—what our experts said to do.”

Clinton suggested Thursday during a press conference that Trump should not have commented on classified security briefings and declined to comment on her own briefing. The moment contributes to an ongoing argument from the Clinton campaign that Trump lacks the temperament and discipline to serve as president. Both candidates have received classified national security briefings despite the misgivings of their opponents.

The Trump campaign responded with a long list of arguments against Clinton including references to Benghazi and the ongoing email scandal. Trump spokesperson Jason Million called Clinton’s criticism “unhinged.”

“These are the desperate attacks of a falling campaign sinking in the polls and characteristics of someone woefully unfit for the presidency of the United States,” he said.