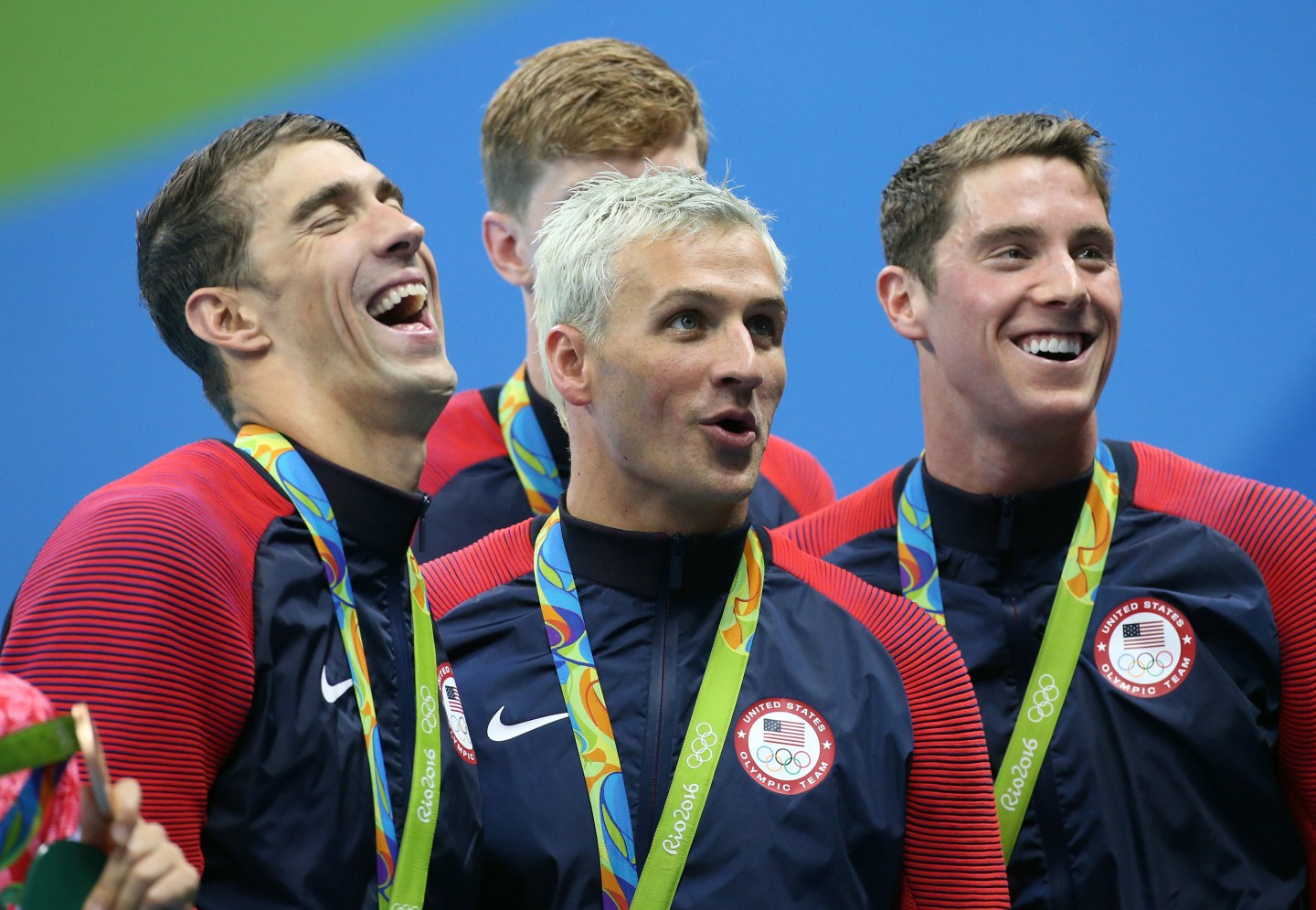 The Olympic swimmer posted a promotional video on Tuesday to his Instagram and Twitter accounts about a crime prevention tool called Robocopp. It’s a pocket-sized device that sets off a shrill alarm when you remove a pin. The company describes it as a “sound grenade.”

“I’ve been traveling a lot lately. We all like to have fun, but it’s a good idea to stay safe. I don’t go anywhere without Robocopp,” Lochte says in his video. He says that the “startling alarm can get you out of a bad situation.”

Excited to partner with @robocopp

No stranger to “a bad situation,” Lochte recently came under fire after he exaggerated a story about being held up at gunpoint in Brazil. His original account claimed that he was being robbed by men dressed as police. It soon came out that he and his teammates were drunkenly vandalizing a gas station when security guards confronted them.

Following the controversy, a handful of sponsors—including Ralph Lauren, Speedo, and laser hair removal company Syneron Candela—cut ties with the Olympic swimmer. Since losing those sponsors, he’s also managed to pick up an endorsement for Pine Bros Softish Throat Drops.