Top Democrats Are Worried Russia Will Hack Them Next 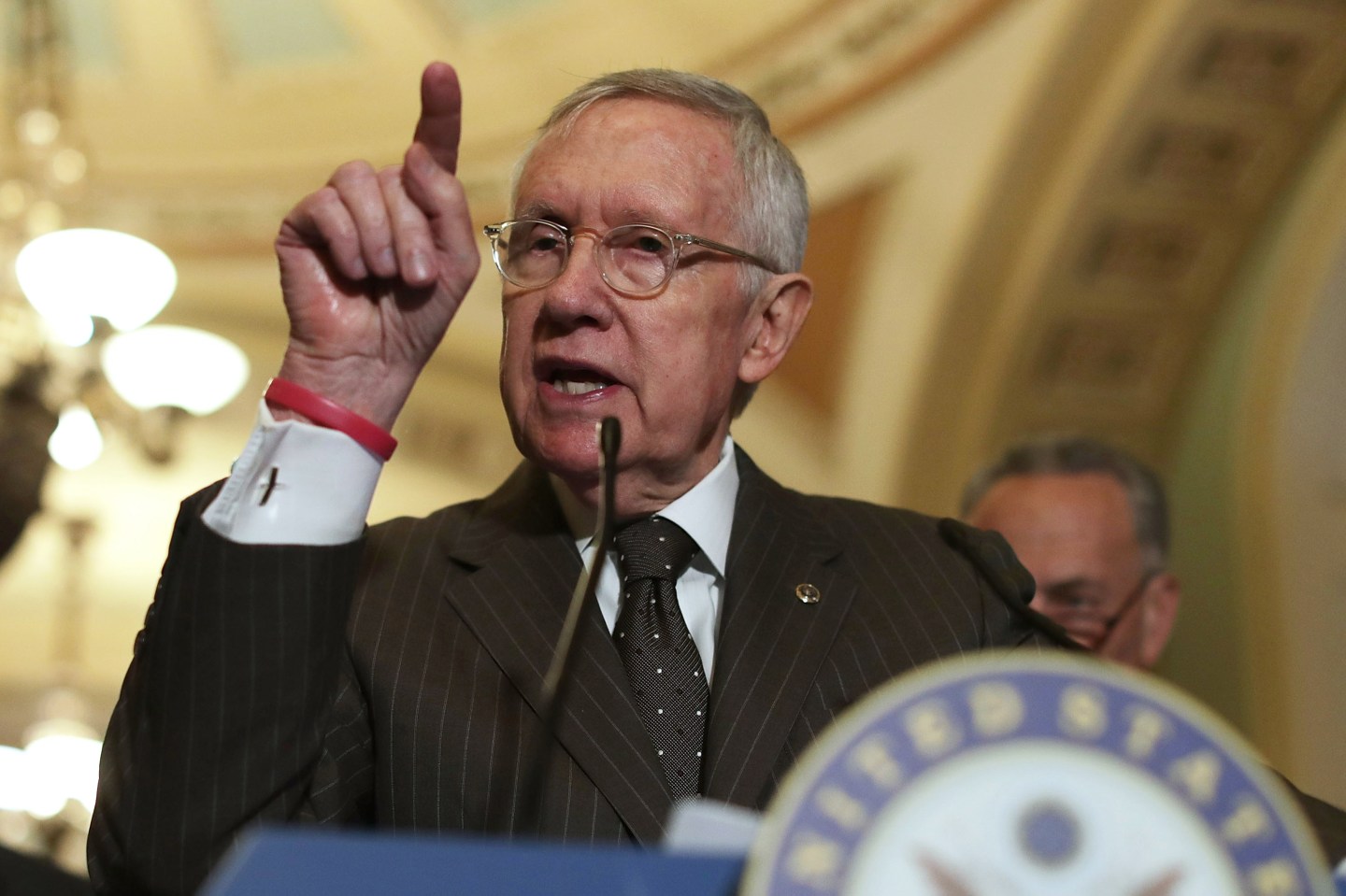 Senate Democratic leader Harry Reid (D-Nev.) is calling on the FBI to conduct a quick and thorough investigation into concerns the Russian government is trying to undermine the U.S. presidential election, including by tampering with official election results.

“The prospect of a hostile government actively seeking to undermine our free and fair elections represents one of the gravest threats to our democracy since the Cold War,” Reid said in a letter to FBI director James Comey.

“It is critical for the Federal Bureau of Investigation to use every resource available to investigate this matter thoroughly and in a timely fashion,” Reid added. The letter, dated Aug. 27, was obtained by The New York Times and posted on its website on Monday.

Comey, speaking at a cyber security conference on Tuesday, declined to give details about what the FBI was investigating in connection with the political hacking but indicated the agency was closely watching what foreign countries are doing.

“We take very seriously any effort by any actor, … especially nation states, that moves beyond the collection of information … and offers the prospect of an effort to influence the conduct of affairs in our country, whether that is an election or something else,” he said.

Reid’s letter follows a spate of hacking attacks targeting U.S. political databases, including some that officials and cyber security experts have blamed on hackers with links to the Russian government.

The FBI discovered breaches in voter registration databases in Illinois and Arizona but did not specify who might have been behind it.

Officials and cyber security experts say recent breaches at the Democratic National Committee and elsewhere in the Democratic Party were likely carried out by people within the Russian government. Kremlin officials have denied that.

Reid, a Democrat, said that the threat of Russian government tampering in the election was “more extensive than widely known and may include the intent to falsify official election results.”

He also voiced concerns about possible Russian government efforts to manipulate Republican presidential candidate Donald Trump’s campaign ahead of the Nov. 8 election, and to use it as a vehicle to advance the interests of Russian President Vladimir Putin.