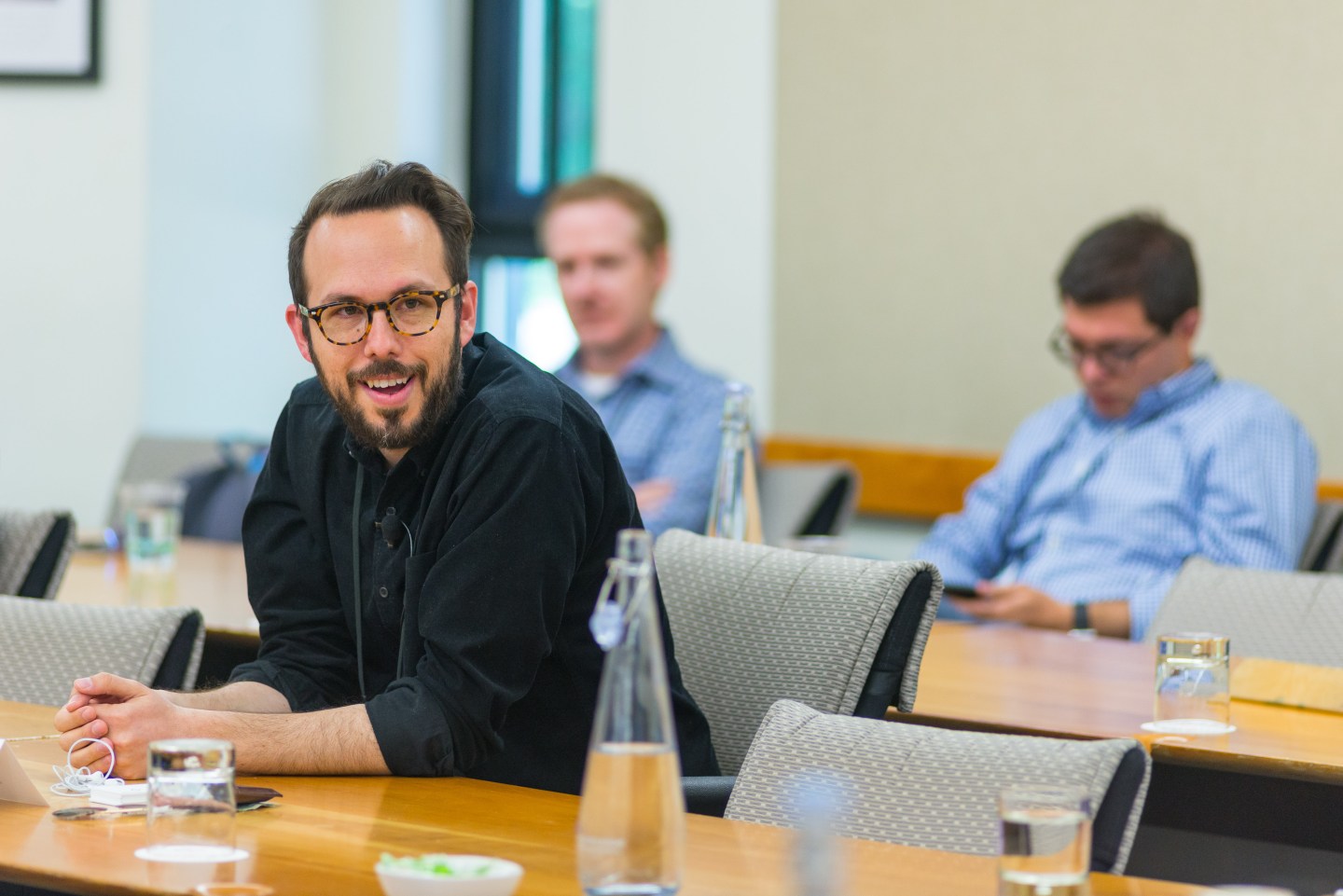 It’s strange to hear chief executives pour cold water on technologies that are at the heart of their own companies. Yet that’s what Adam Ludwin, who is the CEO of blockchain company Chain, did when I met with him this month.

The hype over blockchain—a new form of record keeping that relies on a shared digital ledger—is causing people to lose sight over what the technology is meant to do, according to Ludwin.

“Blockchain is a database for money,” he said. “I don’t understand why people talk about it in terms of health records and home deeds and voting systems.”

The comment refers to a flurry of news stories about how the blockchain-based tools will transform how we sign and record everything from land registries to legal contracts.

Ludwin, to be clear, understands the theoretical concepts that would allow blockchains to accomplish all this. But he also thinks these are marginal cases that distract from blockchain’s core purpose. That purpose, he argues, is to replace a layer of the banking system and to turn money itself into a truly digital asset.

Ludwin, who recently told the world’s central bankers why they should adopt blockchain, believes the technology is poised to disrupt institutions like SWIFT (a global communications network for banks) and clearance houses, which use a plodding process to record financial transactions.

He noted how online messaging lets parties agree in mere seconds to a transaction, such as trading shares or money transfers, but that the backend process of recording those agreements takes days.

“Organizations that do nothing but process digital messages on behalf of custodians will be most affected [by blockchain]. It’s the messaging layers that are at risk,” said Ludwin.

So where does Ludwin’s own company fit in to all this? Chain, which has raised around $44 million in funding, says it’s building software intended to help the financial industry replace the existing record-keepers. And eventually, Ludwin believes, money itself will become a truly digital asset and banks will use the blockchain to transmit assets themselves—not just messages recording the transfer of those assets.

Chain, which has developed a blockchain protocol for Visa, Capital One and other big financial players, is not the only company in this space. Other big players include R3, a New York company that is building a blockchain standard for dozens of banks, and Digital Asset Holdings, which is working to retool the backend of the Australian stock exchange. Tech incumbents like IBM are also making a big push into the blockchain space.

But Ludwin says Chain stands out because it is a Silicon Valley tech company with a tech-first focus that the likes of R3 don’t possess. He likens Chain to companies like HortonWorks and Cloudera, which he says offers a model for building next generation databases and networks.

So how do we know Chain itself won’t succumb to the same sort of blockchain hype that Ludwin likes to criticize? I asked him this, and Ludwin looked annoyed. He said a series of press interviews that took place in August would be his last for a while and, the next time he speaks publicly, it will be to show off a product. So stay tuned.

This story was updated at 3:30pm ET to clarify Chain has already developed a blockchain protocol. An earlier version said it was developing the protocol