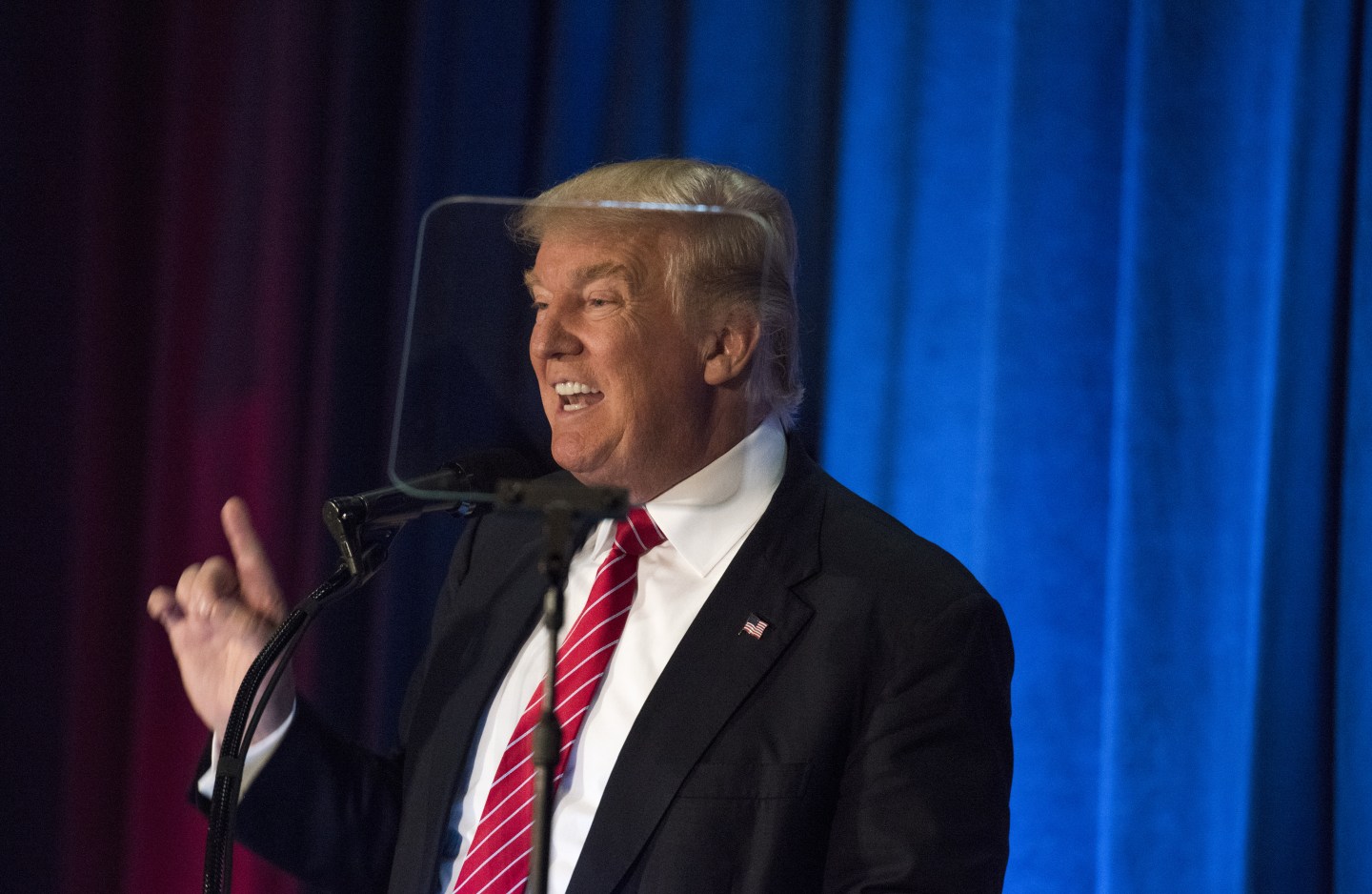 Trump called for an ideological test for immigrants in a new policy speech, saying he would institute “extreme vetting” for visa applicants.

“We should only admit into this country those who share our values and respect our people,” Trump said at Youngstown State University in Ohio Monday. “In the Cold War we had an ideological screening test. The time is overdue to develop a new screening test for the threats we face today. I call it extreme vetting. I call it extreme, extreme vetting,” he continued. “Our country has enough problems, we don’t need more.”

Trump explicitly tied immigration to the threat of terrorism in the U.S., which has been one of his key themes throughout the campaign. “The common thread linking the major Islamic terrorist attacks that have recently occurred on our soil … is that they have involved immigrants or the children of immigrants,” Trump said. He advocated a reformed version of the controversial Muslim ban he proposed in December, which he now seems to have shifted to nation-based rather than religious criteria. Trump said he would “temporarily suspend immigration from some of the most dangerous and volatile regions in the world that have a history of exporting terrorism,” and that as President he would consult with the State Department and the Department of Homeland Security to draw up a list of the regions.

Trump said, “I was an opponent of the Iraq War from the beginning, a major difference between me and my opponent … I publicly expressed my private doubts about the invasion. I was against it, believe me.” He cited a 2003 interview he gave to Fox’s Neil Cavuto in which he said, “Perhaps [we] shouldn’t be doing it yet and perhaps we should be waiting for the United Nations” on invading Iraq. He neglected to mention an interview he gave Howard Stern in 2002 in which he expressed support for an invasion.

Trump then bashed Clinton and Obama for, once getting into the war, withdrawing too suddenly. Yet he also has multiple comments on the record from the years preceding the 2011 withdrawal advocating for the same thing. For example, he told CNN’s Wolf Blitzer in 2007, “You know how they get out? They get out. That’s how they get out. Declare victory and leave, because I’ll tell you, this country is just going to get further bogged down.”

Reading off a teleprompter, Trump softened his language around his recent assertions that Obama and Clinton are the “founders of ISIS.” (He later said those remarks were misconstrued “sarcasm.”) His Monday speech took a more measured approach, saying, “The rise of ISIS is the direct result of policy decisions made by President Obama and Secretary of State Clinton.”

In proposing his immigration policies and criticizing his political adversaries, Trump’s main pitch during the speech was to the fears stoked by what he sees as a globally insecure America. “The situation is likely worse than the public has any idea,” he said.