Amy Schumer Reveals Past Abusive Relationship in Her New Book 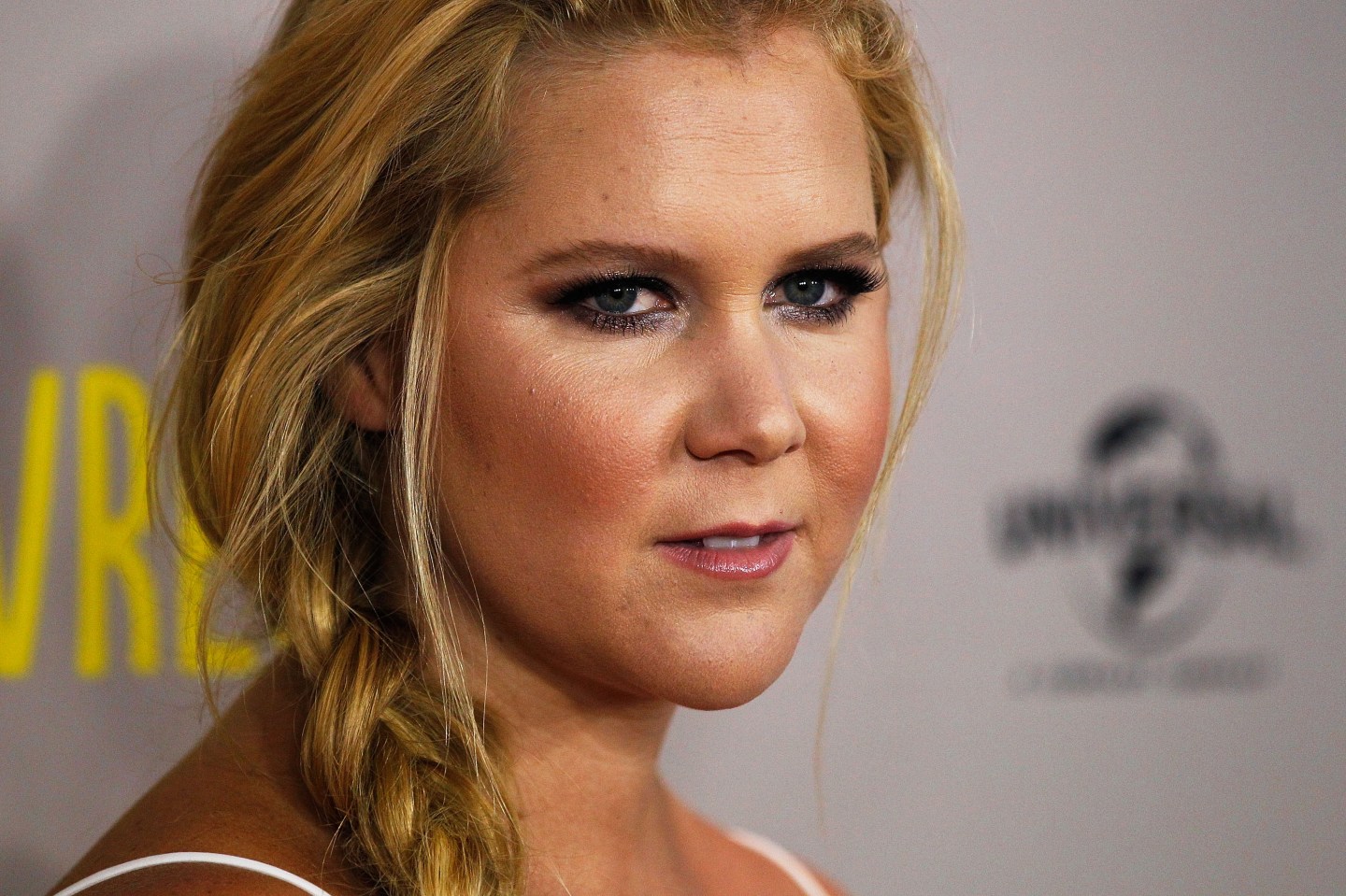 This story first appeared on People.

Amy Schumer’s work has always been vaguely personal, from her TV Show (Inside Amy Schumer) to the movie Trainwreck. But in the just-released book of essays called The Girl With the Lower Back Tattoo, she offers some startling revelations from a painful past. Here are a handful:

1. Her mom left her dad after falling in love with Amy’s best friend’s father

In a candid essay, Schumer chronicles the tense relationship with her mother Sandra. Having idolized her mom while she was growing up, Schumer’s world was turned upside down at age 13 when her mom admitted she was having an affair with a married family friend named Lou – who also happened to be the father of Amy’s best friend.

“One day after school I came home and saw my mother slumped on the couch. She’d clearly been crying hard,” Schumer writes. Her mother was a teacher of the deaf, and signed what she was in no shape to say out loud. “I am leaving your father. Lou and I have fallen in love with each other.”

A parent-pleasing teen at the time, the young Schumer comforted her mother, which she now looks at with horror. “I was a child, new to my teens, and she was treating me like a seasoned psychiatrist,” she writes.

2. She lost her virginity at 17 – during nonconsensual sex

Schumer says she lost her virginity to a boyfriend who took advantage of her one night while she was half asleep.

“Without asking first, without kissing me, without so much as looking me in the eyes – or even confirming if I was awake,” she writes. Her boyfriend, upset the next day, apologized. Then Schumer says, she comforted him, telling him everything would be OK. “I was seventeen years old and wanted my boyfriend to like me.”

3. She found boyfriend Ben Hanisch on a dating app

After searching for possible dates, she “liked” a few men before matching with one guy: Ben Hanisch. He wasn’t an actor or photographer, as many of the men on the app were, and he didn’t live in N.Y.C. or L.A., but in Chicago.

“We sent each other very simple hellos and short, funny messages.” A few weeks later, the two met for the first time. With oily hair following an acupuncture appointment, wearing jeans, she walked out into the rain and saw Ben, who had no umbrella but was holding a soaked paper bag with a bottle of wine. “We smiled at each other and in that moment, everything felt right,” she writes.

4. She was in an abusive relationship

One of the most shocking revelations was the description of a physically and emotionally abusive relationship the star endured in her early 20s. Describing herself as “strong, assertive, and independent” – words any fan would also use when talking about Schumer – recalls that her boyfriend began by shoving her until she fell during fights and by criticizing her looks on a regular basis.

The relationship deteriorated and one night she says he pushed her onto the hood of a car, banging her head and elbow. As the night wore on, tempers continued to flare, with Schumer twice racing from her boyfriend, who resorted to breaking a mug over his head and pounding himself on a light fixture.

Then “he grabbed a huge butcher knife from a drawer. And that’s when I was sure he was going to kill me.” She escaped, and, while reliving that time was difficult, she says, “It can happen to anyone. You’re not alone if it’s happening to you, and you’re not exempt if it hasn’t happened to you yet.”

5. Her father’s MS is described in vivid detail

As anyone who has seen Trainwreck knows, her father Gordon was diagnosed with multiple sclerosis decades ago, when Schumer was ten years old. In his prime, she says, “he was always in shape – tanned and well-dressed.” She then recalls two incidents where her father’s MS caused bowel incontinence. Each time she pledged not to tell her mother. “The saddest revelation I’ve had in my life is that my parents are people. Sad, human people.”