How Nike Is Losing the Rio Olympics 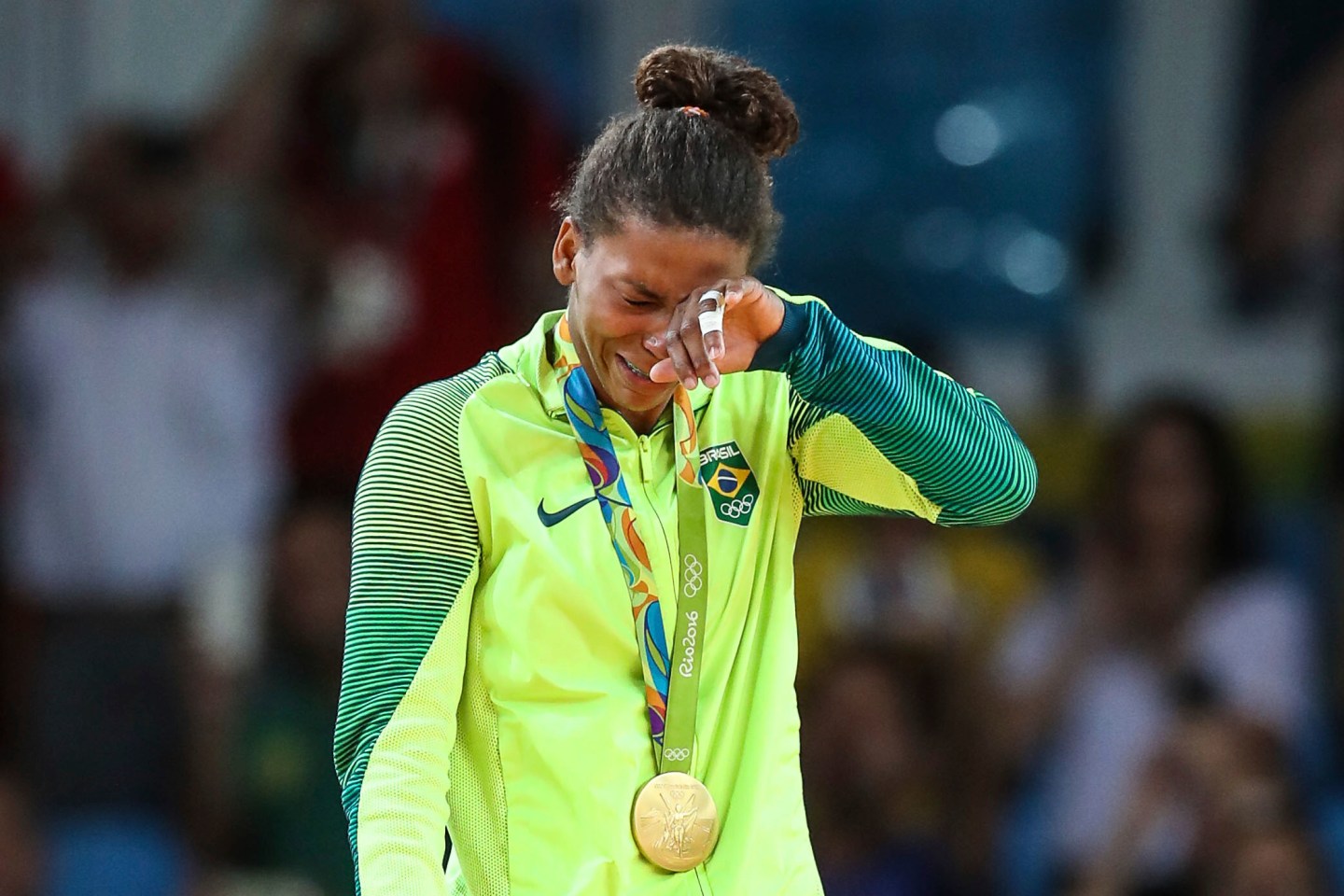 Nike has top billing among sports brands at the Rio Olympics, but a week into the games, its stock is losing to Adidas and Under Armour.

The quadrennial global sports event exposes apparel brands worn by top athletes to hundreds of millions of viewers, but growing competition and higher costs may be reducing the benefits of major endorsement deals.

Since the summer Olympics started last week, shares of official games sponsor Nike (NKE) have risen just 1% as of Friday. But rival stocks have dashed ahead, with Under Armour (UA) up 2.3% and Adidas (ADDYY) 5.9% firmer on a strong quarterly report.

Neither Adidas nor Under Armour are official Olympics sponsors. But Under Armour sponsors about 250 athletes, including U.S. swimming legend Michael Phelps. Adidas supplies uniforms to teams including Britain and Germany, and it is releasing special-edition sneakers lined in bronze, silver and gold.

Shares of Nike, which also sponsors the U.S. team, had delivered strong summer Olympic performances until the last two games.

The stock surged by a range of 4%-to-19% during the six summer games from 1984 to 2004. But it fell almost 3% during the 2008 Olympics in Beijing and the same amount during the 2012 games in London, according to Bespoke Investment Group.

Under Armour listed its shares in 2005.

“You have increased competition. Under Armour is a public company out there now competing for more sponsorships. It’s more expensive for the companies involved,” said Bespoke cofounder Paul Hickey.

Following Thursday’s gold-medal performances from Phelps and U.S. gymnast Simone Biles, the next couple of days may be climactic for investors rooting for the shares of Nike and Dick’s Sporting Goods, the official retailer of U.S. team T-shirts and other apparel.

“This might be the weekend when people go out to stores, because last night was the most excitement I’ve had so far,” said TD Ameritrade Chief Market Strategist JJ Kinahan, who is tracking the stock performance of 24 Olympics sponsors.

Shares of Adidas hit a record high on Thursday after the German company earlier this month posted its highest second-quarter sales growth in a decade. Expansion is being fueled by its Originals fashion business as well as soccer and running gear.

Nike, feeling the heat from Adidas, Under Armour and rivals in China, disappointed Wall Street with its most recent quarterly scorecard in late June. While its shares have gained 6% since, they remain down 10% in 2016, making Nike the worst performer in the Dow Jones industrial average.