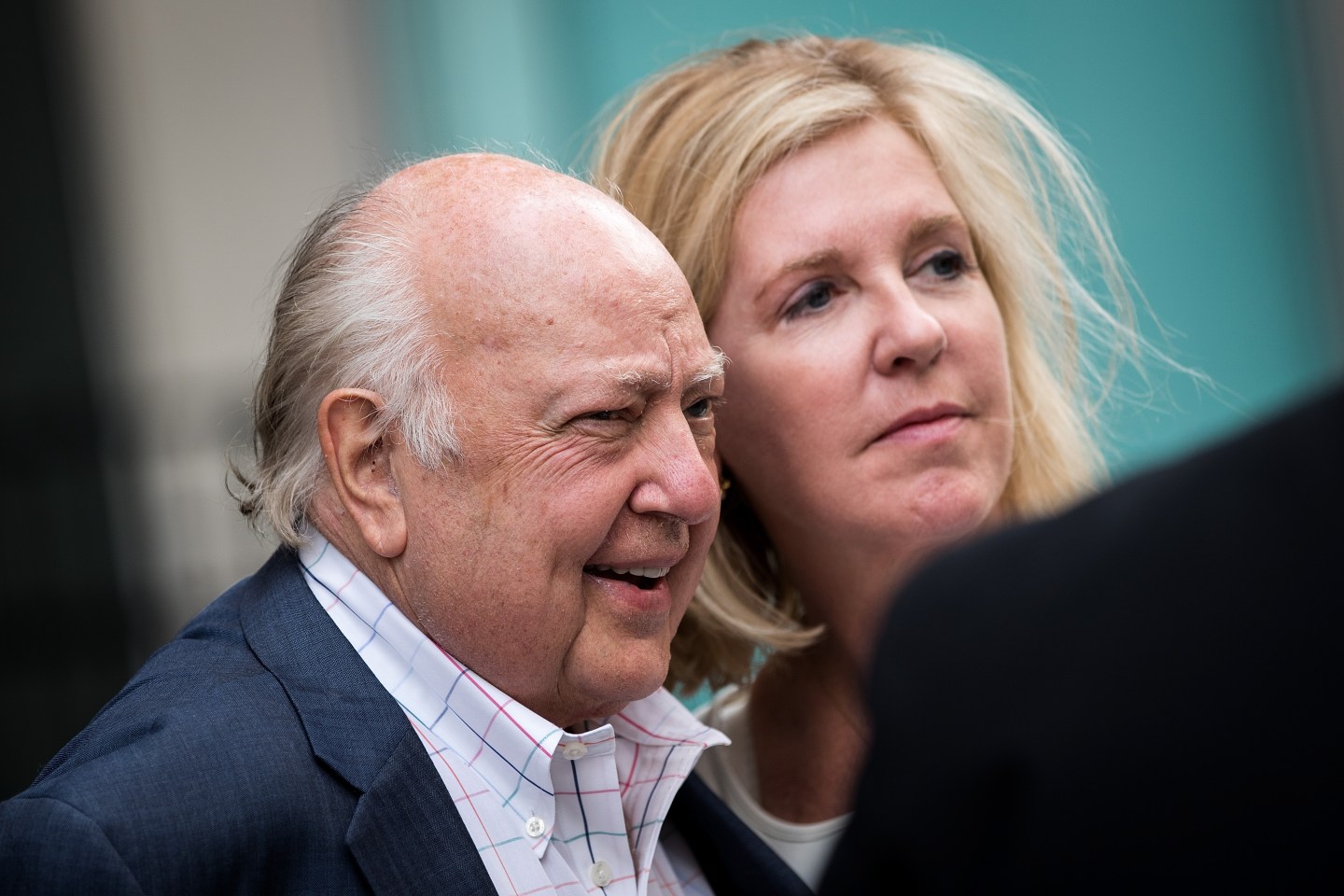 The powers that be at 21st Century Fox—that is, billionaire founder Rupert Murdoch and his sons, James and Lachlan—may have hoped that by cutting former Fox News chairman and CEO Roger Ailes loose after a string of sexual harassment allegations, they could stem the flow of negative news. Instead, it has only intensified, and in some cases become even more bizarre.

According to Vanity Fair, 21st Century Fox (FOX) is currently in discussions with lawyers for former Fox anchor Gretchen Carlson about a settlement of her sexual harassment case—a settlement that sources say could be in the eight-figure range.

Even more unusual, the company is reportedly asking Ailes to fund at least part of the settlement. And one of the issues in the discussion, the magazine says, is the existence of a number of audio tapes that were recorded by multiple women who had run-ins with Ailes. If the Carlson lawsuit goes to trial, those tapes become public, something Ailes and Fox would likely want to avoid.

Those tapes aren’t the only potential time-bomb ticking inside the Ailes story. A significant number of Fox News employees said they were afraid that Ailes was also secretly tape-recording their phone calls or monitoring their behavior in other ways, including having them followed, according to half a dozen anonymous sources who spoke with CNN’s Dylan Byers and NPR’s David Folkenflik.

One ex-associate told me Ailes monitored Fox newsrooms with video cameras. Another said his private emails were read https://t.co/G9VyFImFHF

Such reports might seem outlandish, except for the fact that Ailes—a former advisor to President Richard Nixon—was notoriously paranoid, talking often about how he was being targeted by terrorists. His office was bunker-like, with a camera that recorded all of those coming and going, and a huge bomb-proof window that had to specially installed.

Not only that, but New York magazine’s Gabriel Sherman reported recently that the chairman had a team of operatives who ran a series of dirty-tricks campaigns against journalists and others who crossed him. The list included Sherman himself and Gawker editor John Cook, who was followed.

Sherman said his sources told him that Ailes used the Fox News budget to hire consultants, political operatives, and private investigators who reported only to him and worked in a so-called “Black Room” on a special floor of Fox headquarters. One consultant, who has since been dismissed, was hired to cook up negative PR campaigns against enemies of Ailes.

And these campaigns weren’t only targeted at established journalists. While CNN media correspondent Brian Stelter was a university student running the Newser blog a decade ago, he dated a woman who worked at Fox News and turned out to be spying on him for Ailes and the network.

“It was the culture,” one Fox executive told New York. “You didn’t ask questions, and Roger wouldn’t entertain questions.” Another source said that since Fox made more than $1 billion in annual profit for the Murdoch family, any money used to settle sexual harassment claims or pay off investigators was seen as “a rounding error” and therefore not worth worrying about.

As the range and number of Ailes’ alleged transgressions have continued to grow, some observers say it raises questions about the Murdoch family’s oversight of the company, and whether they are partially to blame for the culture of harassment and fear he unleashed on the company during his tenure.