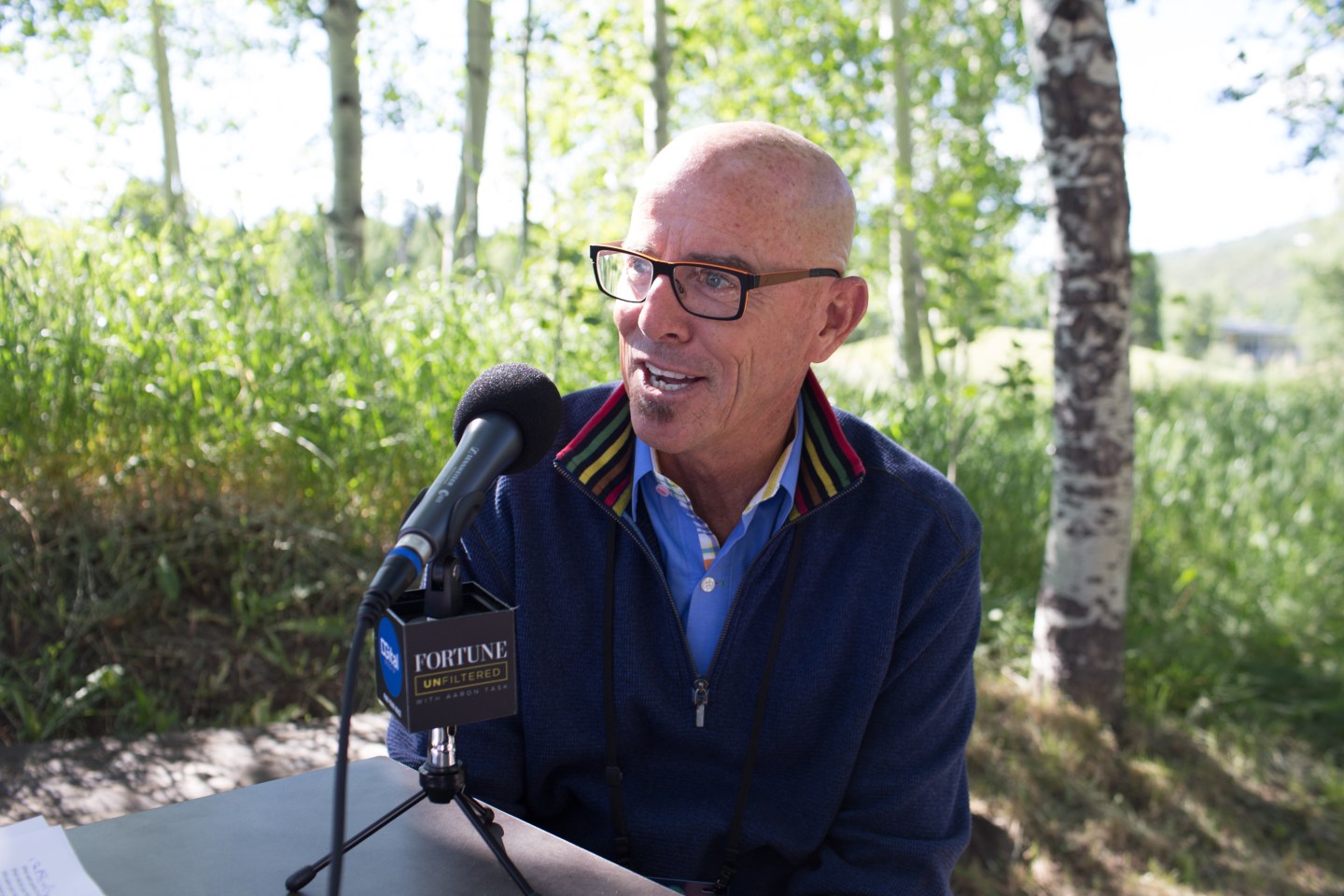 Blake Irving, CEO of the web hosting company GoDaddy (GDDY), is a self-professed “product guy.” He spent his 15-year career at Microsoft (MSFT) in a range of engineering and product management roles, then ran the product team at Yahoo before taking the top post at GoDaddy.

But that’s only part of the picture. Irving is also a band geek, cyclist, and skater. He began taking drumming lessons at age 7 after his family moved to California, playing into his 20s before realizing music was a tough way to make a steady living.

After Microsoft, Irving took his family on a one-year trip around the world. During a stop in Hong Kong, he accompanied his kids to a skatepark, where word quickly got out that the guy who launched MSN Messenger was in attendance. At the time, the IM service held a 90% share of messaging outside the United States, according to Irving.

“I had kids walking up to me having me sign skateboards,” Irving told Aaron Task on this week’s episode of Fortune Unfiltered. “And my kids are looking at me like, ‘What the hell’s that about? This is my dad, he’s kind of a doofus.'”

Listen to the whole conversation here:

GoDaddy hired Irving as CEO in December 2012. He agreed to the gig after reviewing a document with some of GoDaddy’s company data; the numbers blew him away.

“The customers were incredibly loyal, their brand recognition was very high, they had grown at an incredibly rapid rate,” Irving said. “I believed that the company could be a powerful platform for people like me that were trying to take an idea and turn it into something powerful.”

The only problem was that GoDaddy had built ultra-high brand recognition behind an advertising strategy seen by some as provocative and salacious. Irving said the ads had alienated potential customers, like women who owned small businesses.

“What I wanted to do was make sure that we did a great job representing women in the way that they deserve to be represented as small business owners,” Irving said.

It’s also personal for Irving, who lost his sister Lori when she was in her 30s. She was a leading expert on eating disorders and the media’s effect on women’s body image, Irving said.

“My promise to her was, I was going to do everything I could in my power, in my technology area, my chosen field, to do as much as I could to forward her work,” he said. “It just turns out that GoDaddy was a place where I could do a lot of that.”

After Irving took over, the company began a campaign of ads that, as Irving describes it, didn’t use women “as an object so much as it did use them as somebody who represents a vast population of Americans.”

“They’re powerful businesspeople that work their tails off to be successful,” Irving said. “It’s just the way that they should be portrayed.”