Second Day of Rowing Postponed Due to Weather Problems 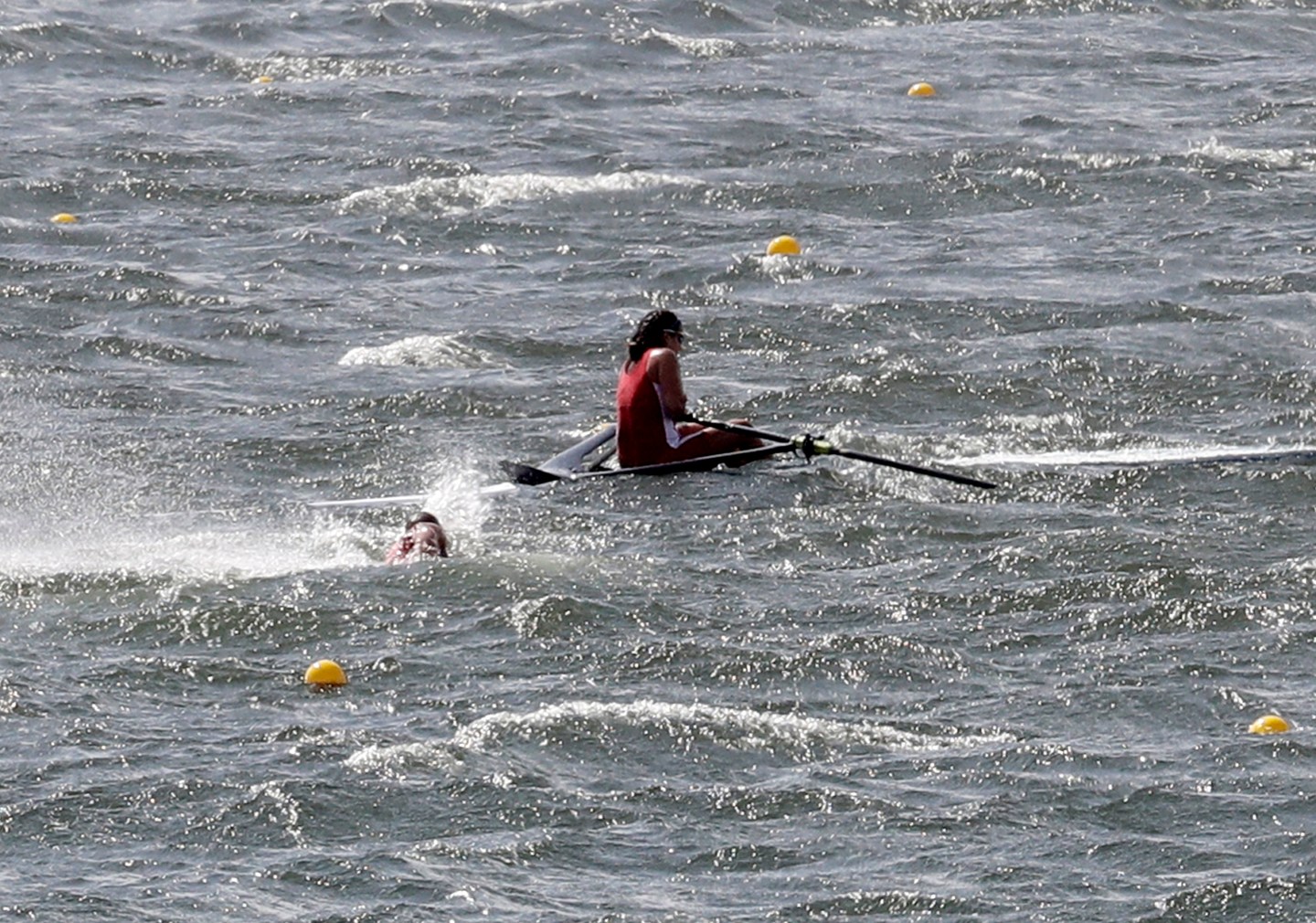 A swimmer makes his way to assist a training rower from Peru due to high winds after weather conditions postponed their competition for the day during the 2016 Summer Olympics in Rio de Janeiro, Brazil, Sunday, Aug. 7, 2016. (AP Photo/Matt York)
Matt York — AP

The second day of the 2016 Olympic rowing regatta was called off on Sunday due to problems caused by rough weather, organizers said.

The decision followed a day of difficult conditions on the opening day on Saturday, with some rowers complaining that the races should have been postponed. One boat capsized and several others were nearly swamped.

Winds again whipped up the waters on the Rodrigo de Freitas Lagoon on Sunday morning.

“Racing is postponed and will not take place today due to technical installation difficulties caused by the strong winds and the forecast for the afternoon which indicates adverse weather conditions,” an official communique said.

The International Rowing Federation (FISA) said earlier the rough weather had affected the buoy system which marks the course. The schedule, originally due to start at 8.30 am local time (0730 ET), was put back twice before racing was called off for the day.

FISA rejected criticism of its decision to go ahead with Saturday’s races, saying the conditions were the same for all the rowers. But Sunday’s postponement is likely to throw the tight schedule into disarray and the weather is expected to worsen over Monday and Tuesday, when more races are scheduled.

British pair Heather Stanning and Helen Glover, unbeaten on the international stage since 2011 and defending the gold medal they won in 2012, were among those who had been scheduled to compete on Sunday.