This Is What the World’s Olympians Say About Donald Trump 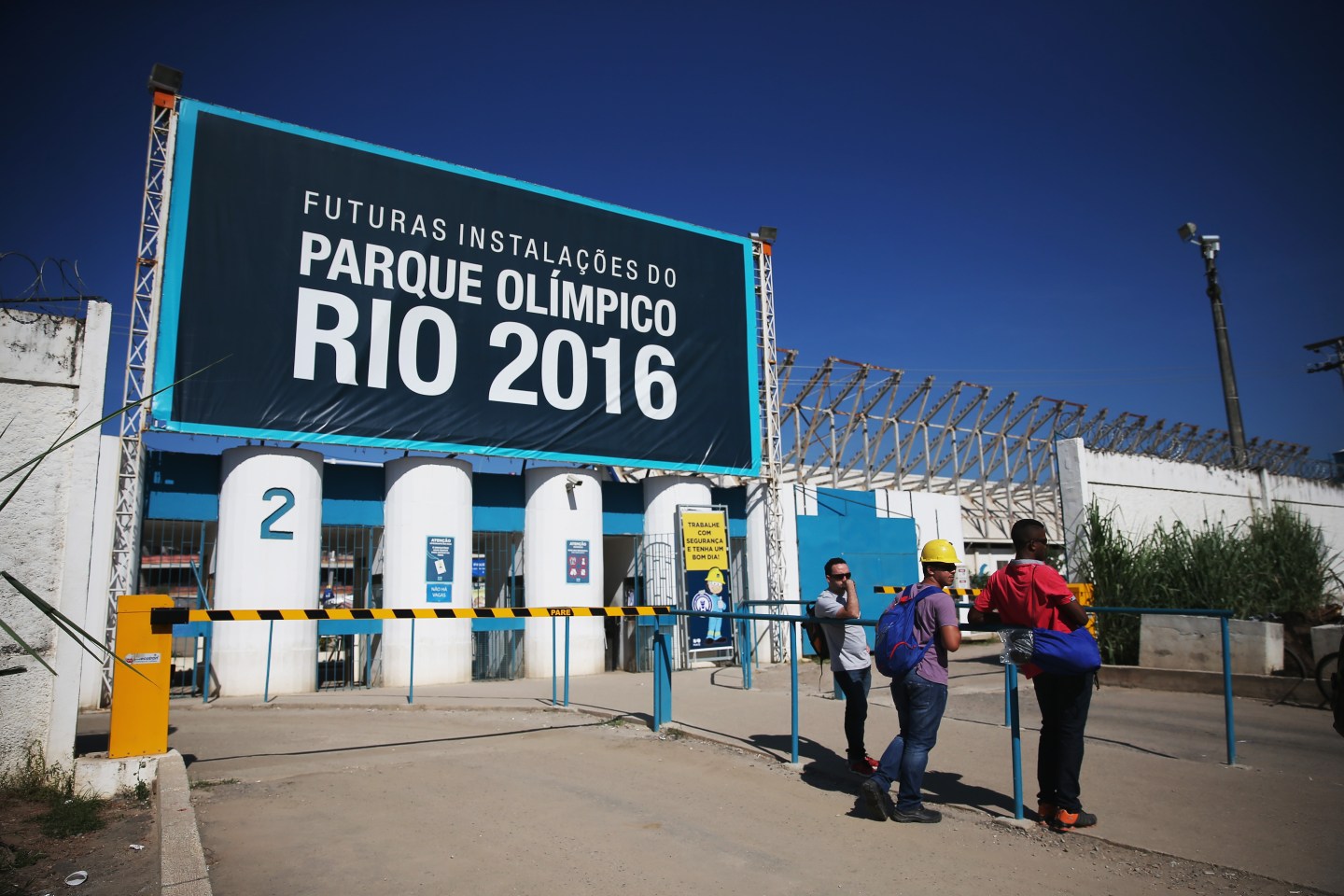 RIO DE JANEIRO, BRAZIL - JUNE 08: Workers stand at an entrance to the Olympic Park construction site on June 8, 2015 in the Barra da Tijuca neighborhood of Rio de Janeiro, Brazil. Approximately 90 percent of residents of the nearby Vila Autodromo 'favela' community have moved out after receiving compensation for their properties which are located directly adjacent to the park being built for the Rio 2016 Olympic Games. A small remaining number of residents are resisting eviction from the community. (Photo by Mario Tama/Getty Images)
Mario Tama/ Getty Images

The Olympics are billed as a respite from war, politics and strife, a chance for the world to come together in the spirit of peaceful competition. But that doesn’t mean the athletes flooding into Rio de Janeiro don’t have strong opinions about the news of the day–especially when it concerns Donald Trump and the U.S. presidential election.

“I just think he’s been an idiot,” says Bahamian sprinter Steven Gardiner of the Republican nominee. He’s far from alone. In interviews with TIME at the athlete’s village, Olympians from around the world were unsparing in their criticism of Trump.

“I don’t think he should be president,” says Sisilia Seavula, a 100-m sprinter from Fiji who attends Southwestern Community College in Iowa. Seavula fears that Trump’s election could disrupt her studies in the U.S. “The way he’s been speaking, it looks like he’s going to make everyone go back to their own nations,” she says. Her Fijian teammate, swimmer Matelita Buadromo, follows Trump news online from the Pacific island nation. “I heard about him trying to build a wall,” Seavula says. “That’s a bit extreme. Pretty scary, too.”

After initially misunderstanding the question, Melanie Pfeifer, a canoe slalom athlete from Germany, returned on her scooter to make her feelings clear: “I hope he doesn’t win the election,” Pfeifer says. Ahmed El-Nemr, an archer from Egypt and a Muslim, called Trump “an extremist” whose election would have dangerous repercussions. “I don’t think he will be good for the U.S. or for the rest of the world,” El-Nemr says.

Not every athlete was as down on Trump. “I don’t love him, I don’t hate him,” says South Korean cyclist Joonyong Seo, in between bites of a McDonald’s burger (the fast-food chain has one of the longest lines in the village). “He’s always noisy.”

For more on Donald Trump, watch this video:

Others held out some hope. “You can never be sure what people are thinking,” says Sonja Petrovic, a member of the Serbian basketball team who plays for Phoenix in the WNBA. “He might just be trying to win votes. Maybe he’ll change if he gets elected. Most politicians change.”

At least one member of the German delegation was skeptical. Swimmer Paul Biedermann, the 200-m and 400-m freestyle world record holder, says Germany has done well with a woman in charge and the U.S. would be smart to follow-suit. “I personally would like to see Hillary Clinton win,” he says. “Things have been very good in Germany under Angela Merkel these last few years.”

A Team Germany teammate chimes in. “That’s an amazing statement, I totally agree,” says fencer Britta Heidemann. “Trump’s a showman though. Have to give him that.”