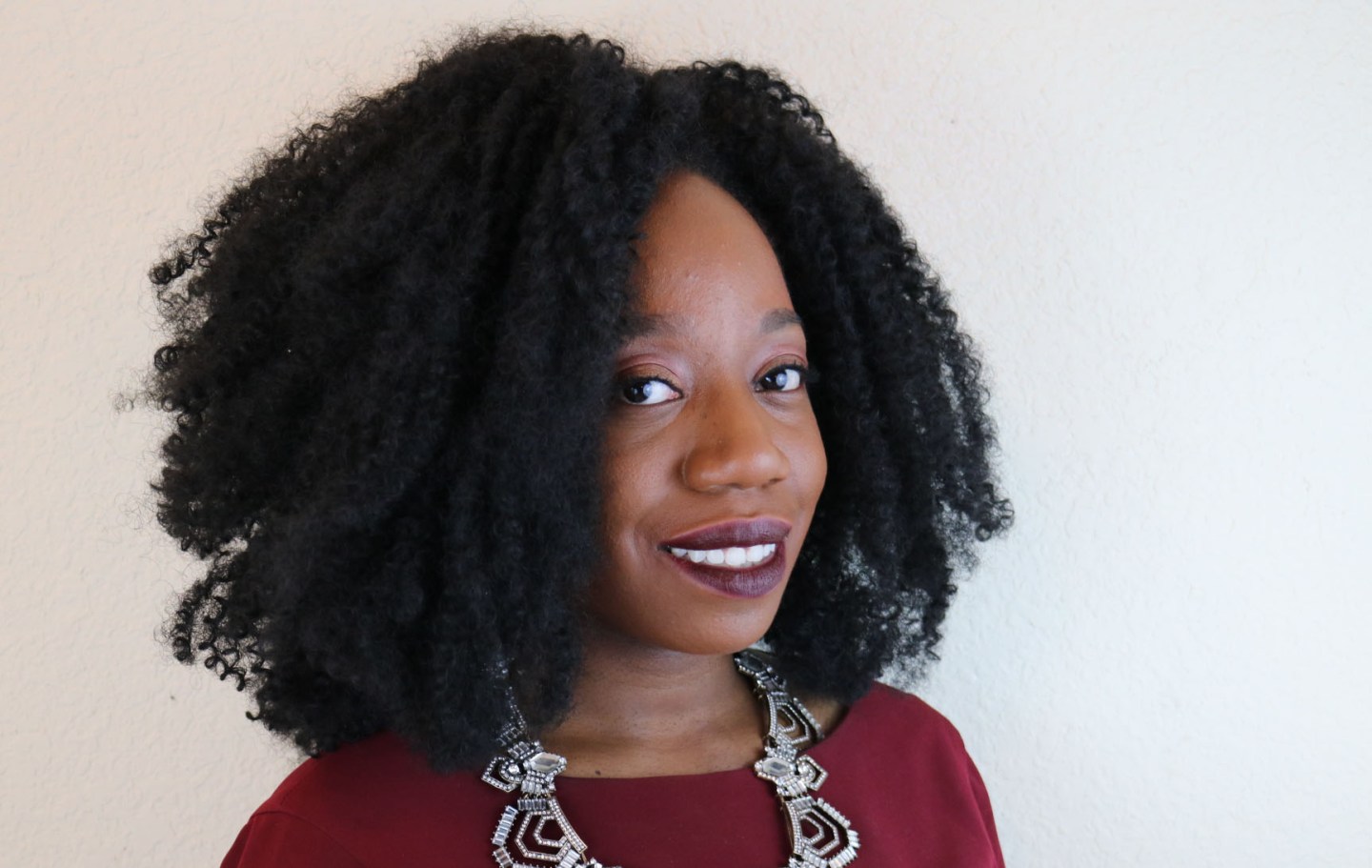 No matter the outcome of the presidential election in November, history will remember Hillary Clinton as the first woman to get to the top of a ticket for a major party. It is a tremendous feat.

In Philadelphia last week, the Democratic National Convention was a celebration of her achievement. The party’s most well-liked and well-respected faces gathered to laud the former Secretary of State’s credentials and commitment.

When she addressed the nation on Thursday night, she made sure to underscore what her victory meant to girls and women in the United States.

“When any barrier falls in America,” she proclaimed before a rapt crowd. “It clears the way for everyone.”

This was her time to continue the journey that was halted in 2008 by then-Senator Barack Obama. After dropping out of the presidential race, Clinton told the world that 18 million cracks had been put into the mythic glass ceiling that has long stunted women’s achievement. She was referring to the number of votes she received in primaries.

As she accepted the nomination at the Wells Fargo Center in Philadelphia, Clinton reflected on finally succeeding in breaking through. “When there are no ceilings, the sky’s the limit,” she declared, capturing the optimism of American Exceptionalism.

But while Clinton’s win has been billed as a watershed moment for all women in the United States, questions persist about for whom her rise signals change.

The answer is unclear to black women who continue to fight for visibility and safety inside and outside of the political arena; consequently, for some, feelings about her big win are mixed and expectations about whom she’ll represent are low.

Any lack of confidence black women have in an accomplishment that supposedly opens doors for all is rooted in racist history that has kept them sidelined in mainstream activism for women’s rights since the days of the suffrage movement. Black and white American women have rarely gained rights or protections together. While white women can celebrate securing the vote in 1920 by the 19th amendment, black women would have to agitate and organize while being harassed and beaten for decades more before they were assured of the same ability to go to the polls.

Though black women’s work has been instrumental in every feminist movement, they have had to fight for recognition of that fact. Beverly Guy-Sheftall writes in the opening of the black feminist anthology Words of Fire: “The history of American feminism has been primarily a narrative about the heroic deeds of white women.”

The Democratic party’s nominee can’t escape the past, and her embodiment of an exclusive, second wave feminism reminds black women of the interlocking oppressions they’ve faced, said Evelyn M. Simien, professor of political Sscience at the University of Connecticut and author of Historic Firsts: How Symbolic Empowerment Changes U.S. Politics.

“For some African American women, Clinton can appear to be yet another privileged white woman who will be entering the White House,” Simien says.

“African American women have always viewed white women in this kind of class-based relationship whereby she is more privileged [and] has greater resources economically to pursue her own life goals and careers. Surely, Hillary Clinton is just that.”

18-year-old Jada Peten agrees with this assessment. She attended the DNC as a Bernie Sanders delegate. Jada is from a small town in Arkansas and would not have been able to afford the trip without donations from Sanders supporters. She even used use some of the money she had saved for her first year at St. Louis University.

Showing up for her candidate was a priority, and Clinton’s nomination is a blow. Peten knows sexism exists, but this moment doesn’t mean much to her. That much-talked-about glass ceiling simply doesn’t exist in her mind. “I had always known that women could do it,” she relayed.

Her biggest reservation is that Clinton is too far removed from the average person’s economic concerns to be a viable candidate.

“I know what it’s like to struggle and be poor,” says Peten.

Hillary Clinton does not have that experience. She grew up in the affluent suburban enclave of Park Ridge, Illinois. NPR reporter Tamara Keith described the circumstances of her upbringing as the equivalent of “growing up in a Norman Rockwell painting.”

That background and her voting record make Peten wary. “She definitely appeals more to the billionaires than the poor here in America.”

For these reasons, she is not sure if she will vote for Clinton in the fall.

Despite the teenager’s uncertainty, other black women will show up. And, if the past two presidential elections and this year’s primaries are any indication, they will do so in huge numbers. Since the passage of the Civil Rights Act in 1964, black women have been reliable Democratic voters. And in 2008 and 2012 they came out at a higher rate than any other demographic group.

Peten, however, is an important reminder that feelings for Clinton are not the same across all segments of black women. “We have to look closer at age, generation, and the cohorts within these groups,” says Simien. There has been a distinct generational divide. Black voters under 30 were more likely to vote for Sanders in the race to the nomination than their older counterparts. Black women over the age of 45 were Clinton’s most loyal voting bloc and that same group represents a growing share of Democratic voters.

Party loyalties and ideological commitments, however, are not going to close the enthusiasm gap, Simien notes. Any group of black women is unlikely to feel the same sense of pride for Clinton’s triumph as they did for Barack Obama’s in 2008.

Melissa Robbins certainly does not. The 43-year-old military veteran, political organizer, and mother of four describes herself as an “overjoyed” Obama voter. So excited, in fact, that the Pennsylvania-native was the first person in line at her polling station on November 4, 2008. “I was like a child in a candy store,” she recalls of the campaign that aimed to return hope and change to the political landscape. Robbins arrived at the DNC an elected Bernie delegate and plans to vote for Clinton in the general election. Like Peten, she’s not moved either.

“I don’t know if the shattering of that ceiling means more for me,” she says.

Robbins’ policy priorities and her lack of zeal are not unexpected. A black woman’s racial identity is more likely to influence her vote than her gender, says Simien. Black women’s needs are distinct from those of women of other races; therefore, they cannot be collapsed into a singular, gendered agenda.

Hillary Clinton’s legislative reputation still suffers from her connection to policies instituted in the 80s and 90s that disproportionately affected black women and the communities they are a part of, says Leah Rigueur, professor of public policy at Harvard’s Kennedy School.

Clinton was First Lady when the disastrous welfare reform legislation was signed by her husband, the result of which was to sink more families into intractable poverty. Holding a wife responsible for the misdeeds of her husband is misguided and, likely, sexist, but Clinton was a proactive voice for the much maligned Violent Crime Control and Law Enforcement Act. In 1996, she endorsed it by referring to young black men as “super predators.” In her remarks, she also describes them as “kids with no conscience and no empathy” that needed to be “brought to heel.”

Those words and the Clintons’ role in bolstering the prison industrial complex still give Robbins pause. “To know men and women have sat in cages for 30-40 years,” she explains. “Families have been broken. Grandfathers, fathers, sons, and uncles have rotted away in cells—I can’t turn a blind eye to that,” she says.

But Clinton is now trying to make amends. Thanks to activists and organizers she has had to address criminal justice reform and mass incarceration explicitly. After being confronted by a black female activist, Ashley Williams, at a fundraiser in February, she expressed regret for invoking the debunked “super-predators” theory.

Now Clinton is vying not only for black women’s votes, but their trust. Her campaign has attempted to make it clear that her regard for them extends beyond rhetoric. The most visible nod to black women’s work and policy interests occurred on the second night of the DNC. Nine women whose children were killed in gun violence, called Mothers of the Movement, took the stage to remember their lost and attest to Clinton’s compassion. The women revealed that Clinton has met with them privately at length and invited them to share their stories on the campaign trail. Their sincerity and fervor meant to ease the discomfort many have about Clinton’s seemingly opportunistic shifts on the issues of the day. The reception was mixed.

Robbins is tentatively hopeful that the displays are genuine: “I want to believe that the Secretary heard their words,” she says.

Peten, on the other hand, is put off by the political theater. “It’s kind of distasteful to me.”

There can be no denying the historical significance of Hillary Clinton winning the Democratic nomination. Rigueur confirmed, “In the context of a larger political history, this is very much historic and should be treated as such.” But she does have a responsibility to tend to the internal conflict some black women are facing.

That black women’s lived experiences preclude them from seeing themselves as future Hillarys is a reflection of the many fights they face on the front lines of classism, racism, and sexism. To begin to surmount the limits of symbolic representation, Clinton will have to unpack lots of historical baggage, plenty of which she created.

Hillary will get the votes, but a sustained trust requires her to show up consistently for black women’s needs. There can be no good-will without consistency.

Kimberly Foster is the founder and editor-in-chief of For Harriet, a digital community for black women where this post first appeared.