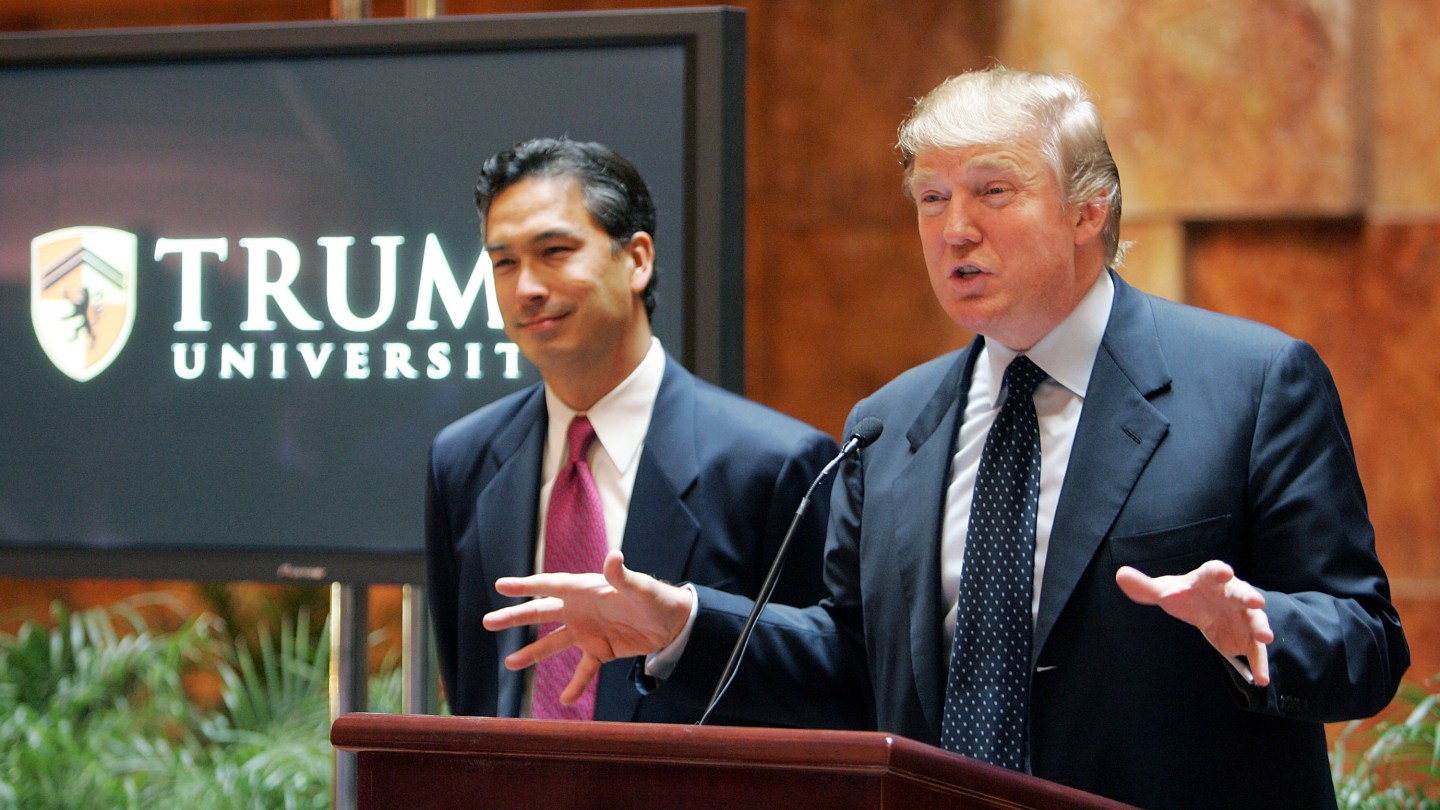 A U.S. judge on Tuesday rejected Republican presidential candidate Donald Trump’s pretrial bid to throw out a lawsuit brought by Trump University students who said they were defrauded by its real-estate seminars.

U.S. District Judge Gonzalo Curiel said in a written ruling that there was a “genuine issue of material fact” as to whether Trump knowingly participated in a scheme to cheat the students, who paid up to $35,000 to learn Trump’s real estate investing “secrets” from his “hand-picked” instructors.

In a July 22 hearing, Curiel tentatively denied the bid by Trump to dismiss the lawsuit in California, one of three over the defunct Trump University venture.

Trump’s lawyers had argued that the lawsuit, filed in 2013 in U.S. District Court for the Southern District of California, should be dismissed because the New York real estate mogul, though personally involved in developing the concept and curriculum, relied on others to manage Trump University by the time the plaintiffs purchased seminars.

Trump’s lawyers claimed that references in marketing materials to “secrets,” “hand-picked” instructors or “university” were sales “puffery” and there was no evidence Trump intended to defraud students.

Trump’s lawyers had fought against the release of the excerpts, saying they would be exploited by the media and others during the presidential campaign.

Trump set off an uproar in May when he accused Curiel of being biased against him because of the candidate’s pledge to build a border wall between the United States and Mexico. Curiel was born in Indiana and is of Mexican descent.