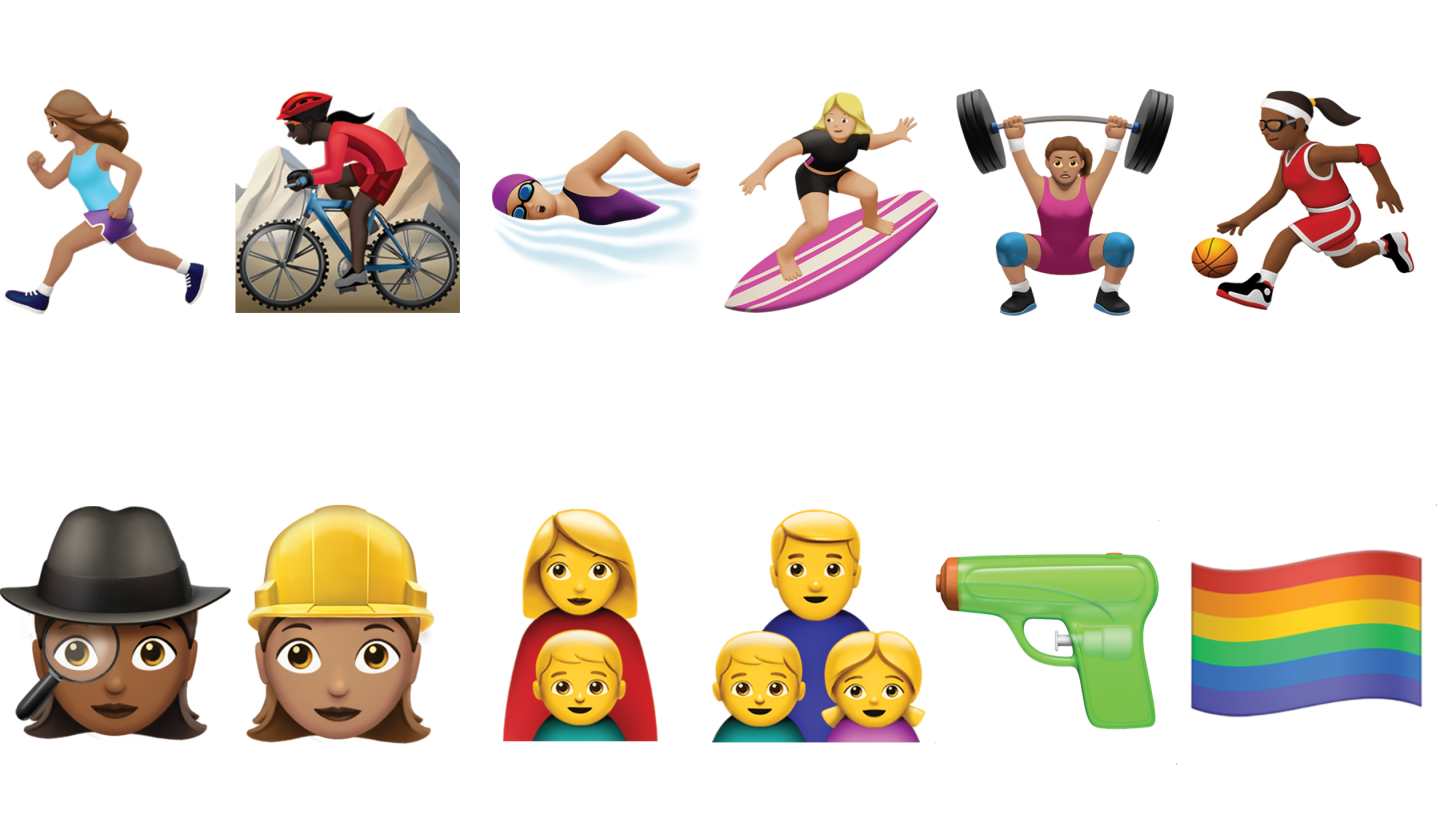 It’s official: Apple announced Monday that it will update its emoji library to include more images of women playing sports and doing jobs previously available only to men. The new graphics will be available this fall, when the company releases iOS 10.

The update will include women and people of color surfing, lifting weights, biking and working as police officers, construction workers, doctors and more. In all, it will include more than 100 new emoji, according to Buzzfeed.

And it’s not just women who are getting an emoji makeover: Two options that were only available as female emojis—the haircut and massage symbols—will now get a male version. The new emojis will also include single-parent families headed by both men and women, as well as a rainbow flag.

In much of the coverage around Apple’s announcement, the diversity of the new emojis was overshadowed by another welcome change: The company also revealed that it’s replacing its emoji handgun with a water pistol.

Why are diverse, inclusive emoji important? Consider one 2015 poll that found that nearly half of U.S.adult internet users had used emojis—of whom 37% reported using them often or sometimes. And that doesn’t include teens or pre-teens.

The move to modernize emoji has been underway for awhile. In May, a group of Google developers submitted 13 new designs featuring men and women in a variety of jobs to Unicode Consortium, the Silicon Valley non-profit that oversees the creation of new emojis. In July, the Consortium said it would fast-track the effort, promising a slate of diverse options by the end of this year.