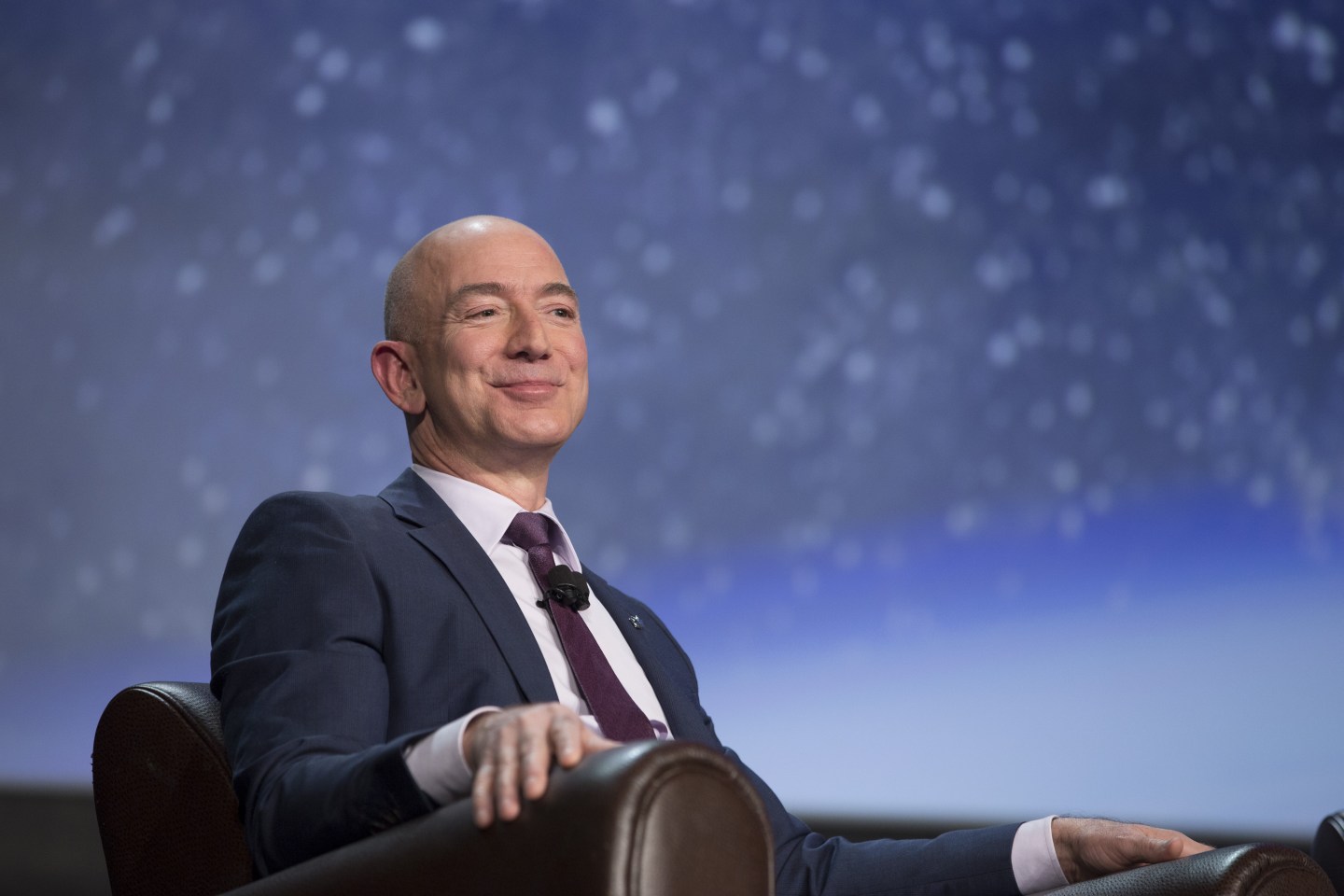 Jeff Bezos, chief executive officer of Amazon.com Inc. and founder of Blue Origin LLC, smiles during the 32nd Space Symposium in Colorado Springs, Colorado, U.S., on Tuesday, April 12, 2016. Commercial space exploration can advance at the fast pace of Internet commerce only if the cost is reduced through advances in reusable rockets, Bezos said. Photographer: Matthew Staver/Bloomberg via Getty Images
Photo by Matthew Staver—Bloomberg via Getty Images

While both Exxon Mobil and Berkshire Hathaway’s (BRK-A) shares rose in comparison to a year earlier, those gains were outstripped by the rapid growth of Amazon and Facebook’s stock. Over the course of a year, Amazon gained $113.2 billion in market cap to $363.9 billion, while Facebook rose by $91.9 billion to $356.9 billion. That put Facebook just a sliver above Exxon’s $356 billion market cap.

Investors clearly have lofty expectations for the two companies, and especially for Amazon. The online marketplace now claims a whopping price-to-earnings ratio of 189.1. Facebook has a p/e ratio of 59.5. In comparison, Apple claims a ratio of 12.3.

Those expectations were fanned by stream of good news released by the two titans over the past few quarters, even as their peers and competitors such as Apple and Twitter languished. Amazon recently posted record profits for a third straight quarter, while Facebook once again produced earnings that were much higher than expectations on strong mobile ad sales.

Meanwhile, shares of Exxon Mobil and Berkshire, two much older companies in more mature markets, have been struggling. ExxonMobil’s stock has stood up remarkably well despite the plunging price of oil, and a Berkshire Hathaway that wrestled with volatile markets and a tepid economy.

That said, while investors might be giving the signal that Amazon and Facebook are more valuable than Exxon and Berkshire, the two tech companies still lag behind the oil and insurance giants—at least when it comes to revenue.