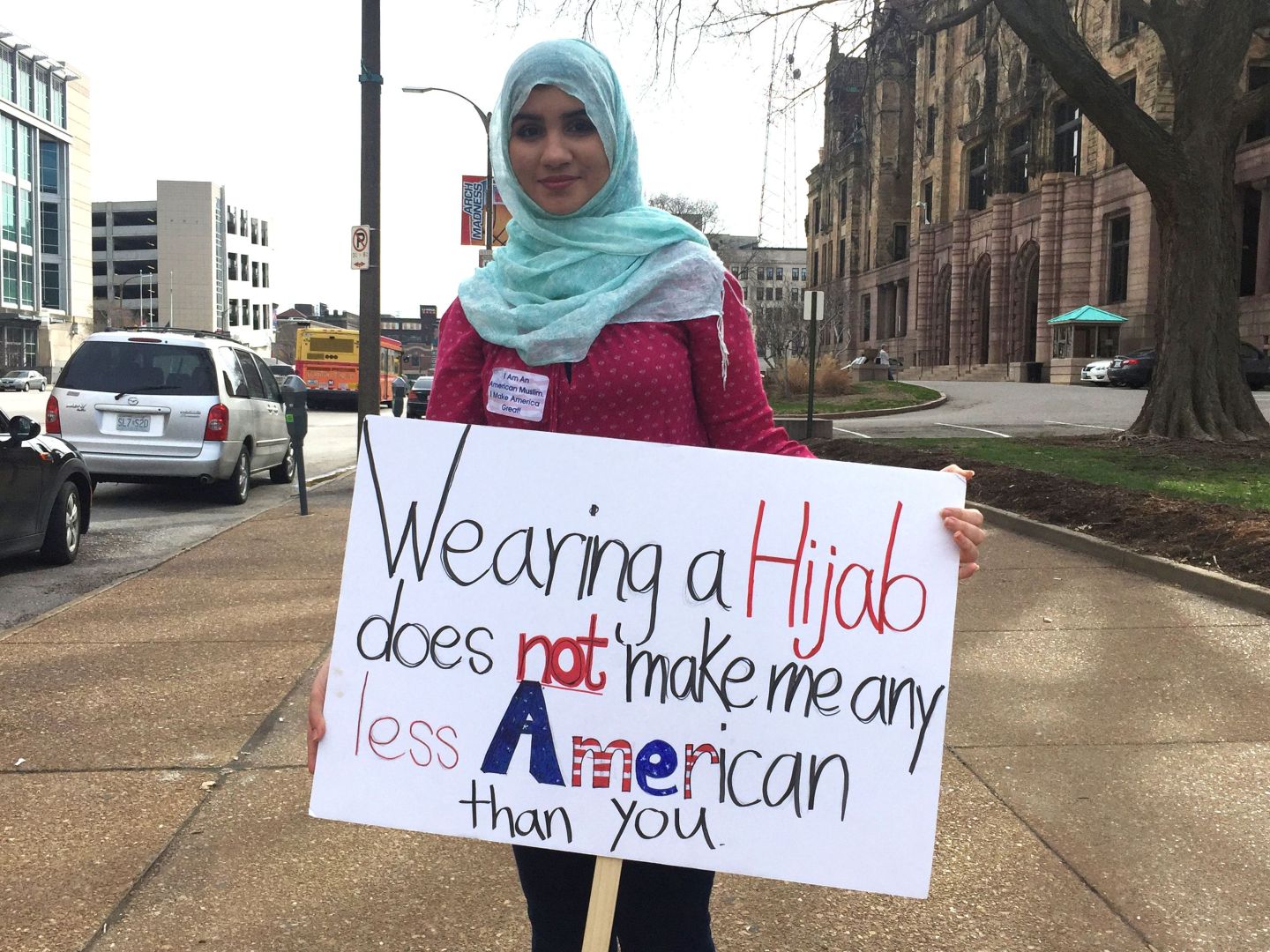 On Monday, the hashtag #CanYouHearUsNow went viral on Twitter in response to the Republican nominee’s insinuation that Muslim women are not “allowed” to speak.

Trump made a series of belittling remarks on Sunday to ABC News’ George Stephanopoulos about Khizr and Ghazala Khan, Muslim-American parents of a soldier killed by a suicide bomber in Iraq. Khizr delivered an address at the Democratic National Convention on Thursday evening while standing next to his wife, who Trump alleged did not speak because she didn’t have her husband’s permission.

Ghazala Khan refuted Trump’s comments with a powerful Washington Post op-ed, writing that she chose not to speak at the convention because she was overwhelmed by emotion. “Walking onto the convention stage, with a huge picture of my son behind me, I could hardly control myself. What mother could? Donald Trump has children whom he loves. Does he really need to wonder why I did not speak?”

According to Politico, the Muslim Public Affairs Council and other American Muslim groups are behind the hashtag, which members of the community have turned into a rallying cry to speak up about what it means to be a Muslim woman in the U.S.

Muslim women "not allowed to speak?" I gave a @TEDTalks and got a standing ovation. #CanYouHearUsNow https://t.co/iggExDBXzD

Tired of the obsession w/ Muslim women and who you think we are and are capable of. We define us. We tell our own stories. #CanYouHearUsNow

Among those participating are researcher Dalia Mogahed, whose TED talk about Islam has received 1.7 million views, and renowned activist and media commentator Linda Sarsour, who tweeted that she is tired of others trying to define Muslim women. “We define us. We tell our own stories,” she wrote.