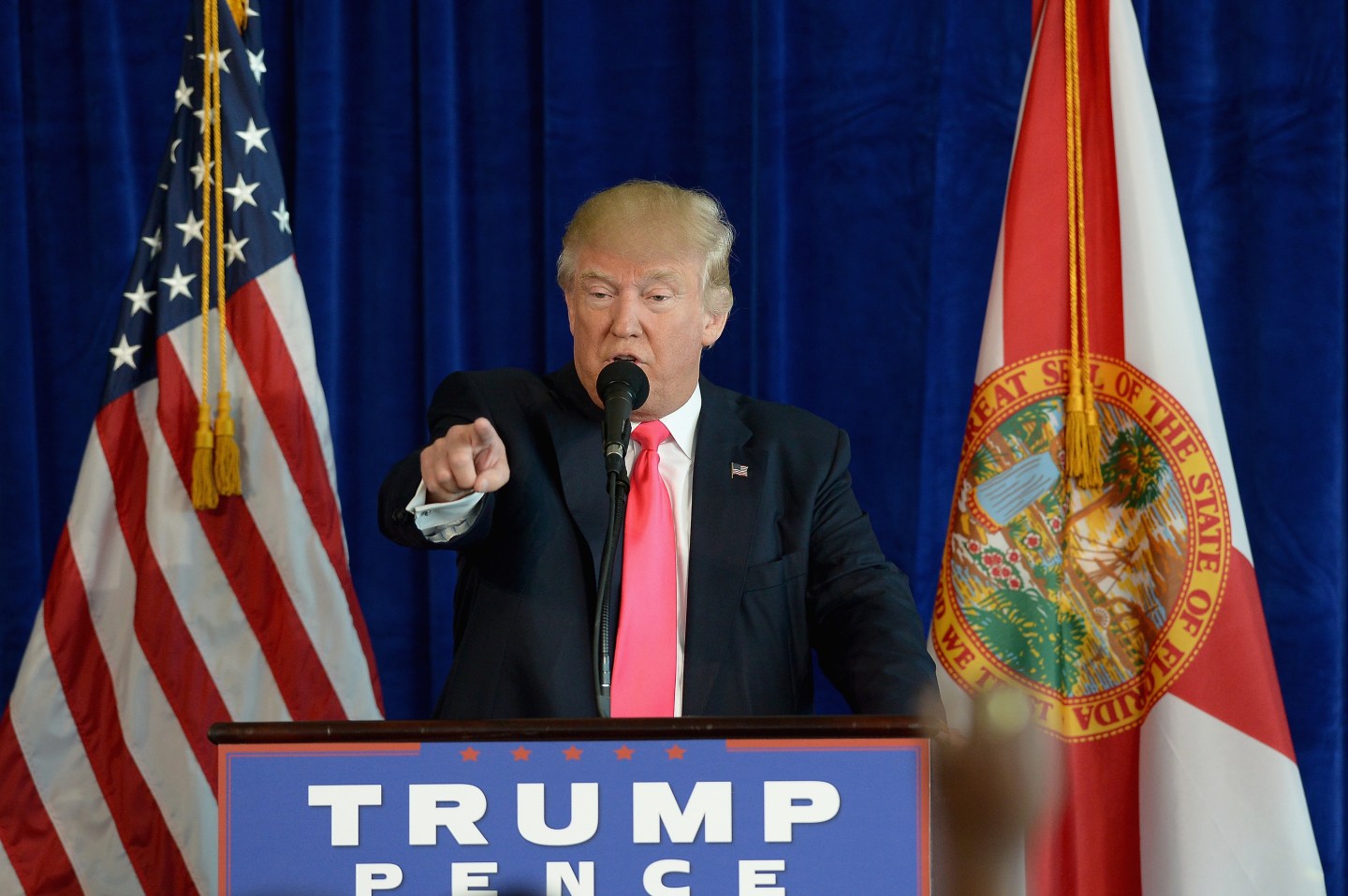 Republican presidential candidate Donald Trump is suggesting the U.S. accept Russia’s annexation of Crimea if it would lead to better relations with Moscow and stronger cooperation in fighting Islamic State militants.

That view runs counter to the Obama administration, which imposed economic sanctions against Russia for annexing the territory in Ukraine two years ago. The United Nations also doesn’t want countries to recognize Crimea as part of Russia, and some top Republicans staunchly defend Crimea against what they consider Russian aggression.

In an interview broadcast Sunday on ABC’s “This Week,” Trump suggested that the people of Crimea would rather be part of Russia. However, the U.S. hasn’t recognized the legitimacy of Russian referendums in Crimea and believes they were not conducted fairly.

Trump also said he wasn’t involved in the effort that softened support in the Republican Party platform on assisting Ukraine. Although the platform is not pro-Russia, Trump supporters succeeded in preventing a reference to arming Ukraine from being added.

In the past, Trump’s campaign manager, political strategist Paul Manafort, lobbied on behalf of Viktor Yanukovych, a Ukrainian president and supporter of Russian President Vladimir Putin. Manafort has said neither he nor anyone else with the Trump campaign pushed for the platform changes.

The Clinton campaign pointed to the exchange to question what Trump knows about the subject and argued that the Republican is repeating Putin’s talking points on Crimea.

“This is scary stuff,” Clinton campaign spokesman Jake Sullivan said in a statement. “But it shouldn’t surprise us. This comes on the heels of his tacit invitation to the Russians to invade our NATO allies in Eastern Europe. And it’s yet more proof why Donald Trump is temperamentally unfit and totally unqualified to be commander in chief.”

Trump said it would be a “great thing” if the United States got along with Russia and if Russia would help fight the Islamic State group.