America Wants Hillary Clinton to be ‘Warm.’ Here’s How She Can Turn Up the Heat 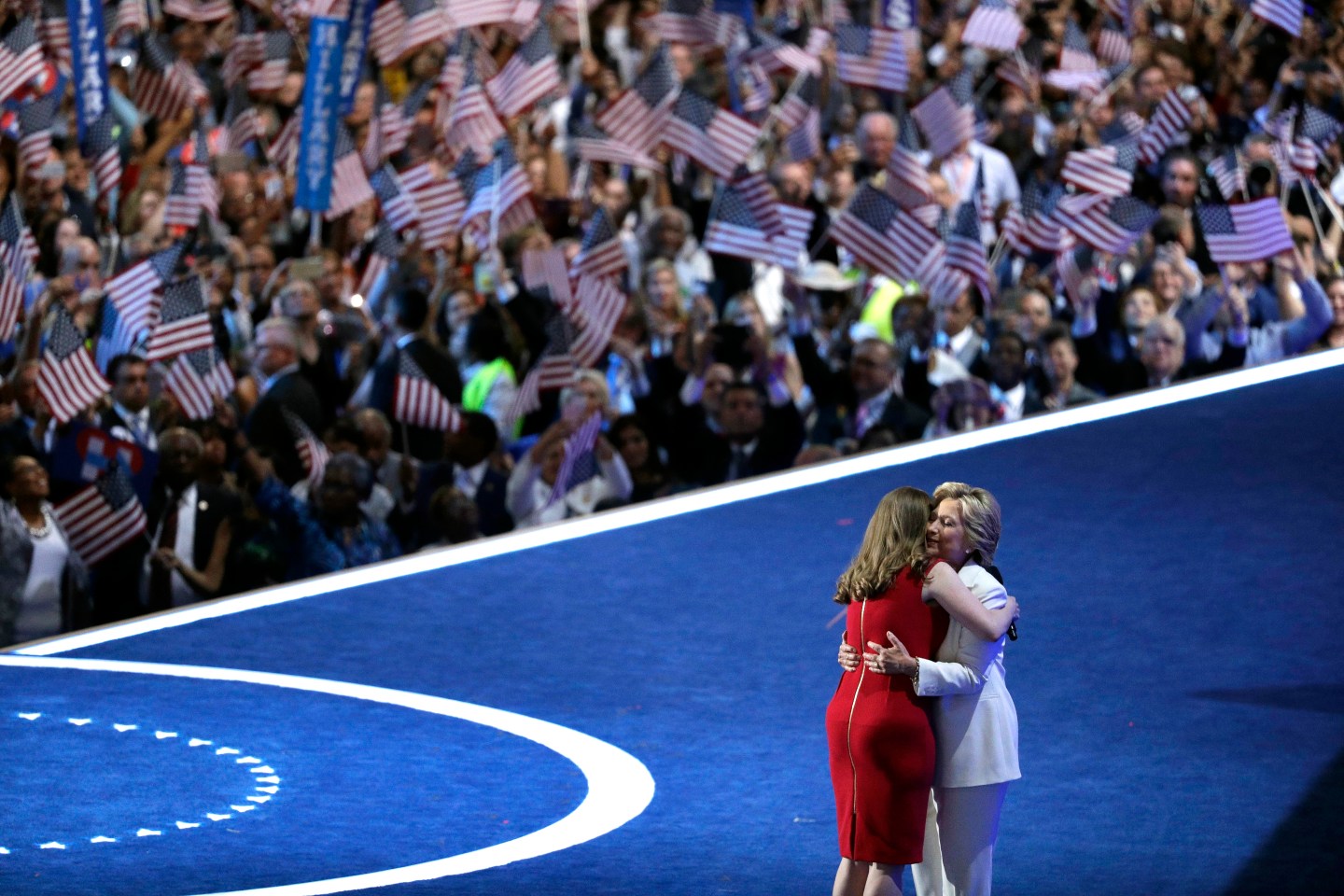 Team Clinton—Hillary, Bill and Chelsea—had a clear goal at this week’s Democratic Convention: to warm up their candidate, painting her as the loving wife, mother, and grandmother. The reason for this relatability makeover is no secret. As the New York Times wrote after Bill Clinton’s speech, “the polls already show Americans believe Mrs. Clinton is up to the job; they just are not sure they like her enough to elect her to do it.”

Did it work? Not for this observer. In my eyes, the Clintons missed “warm,” getting Hillary up to room temperature at best. The problem: much of the detail and delivery didn’t ring true.

Bill’s speech was brilliantly choreographed, intercutting the story of him and Hillary meeting back in law school with her accomplishments through the decades. He talked about her caring, tenderness and tears over the years—all effective, and the type of stories he has rarely told. But his attempt to draw us into their romance and marriage fell a short, much the way he “got close enough to touch her back but couldn’t do it,” in part because he failed to truly address their tough times. It would have made Hillary even more sympathetic if he’d been willing to directly connect the dots about her decision to stay with him despite his infidelities.

Chelsea came across as sincerely loving and admiring of her mom, winning over the audience with details about how Hillary likes to Facetime her two small children. With a nervous quiver in her voice, the former First Daughter said her mother was always there for her, making “every soccer game, every softball game, every piano recital, every dance recital.” While Chelsea’s sentiment rang true, her words felt like an exaggeration. No doubt every working mom in the crowd was wondering how such a thing could be possible—is Hillary was even more super human than we imagine?

The candidate herself came closer to authentically revealing her warm side. A lifetime public servant, she acknowledged that service is easier for her than the public part—and said that she “gets” that more intimacy is what people need. So dutifully she shared how her mother was abandoned by her parents, how as a 1st grader her teacher noticed she was hungry and helped her, inspiring Hillary’s tireless advocacy for poor children .She even shared how she’d been bullied as a child and how she’d struggled with setbacks.

Yet her delivery undermined her efforts. She yelled her way through portions of the speech, preventing her from achieving softness in her demeanor and a conversational range of voice. And her decision to take an exhaustive approach, hitting numerous issues and detailing her accomplishments rarely rose beyond boring. Tina Brown tweeted that she loved the way Hillary embraced her wonkiness. That’s all fine and good, but this time we wanted warmth and personality.

Hillary Clinton will soon face Trump in their first debate. And it’s absolutely not too late for her to turn up the temperature if she is honest, willing to show emotion, and even detour just a bit off script.