Dropbox Is Flaunting These Improved Security and Collaboration Features 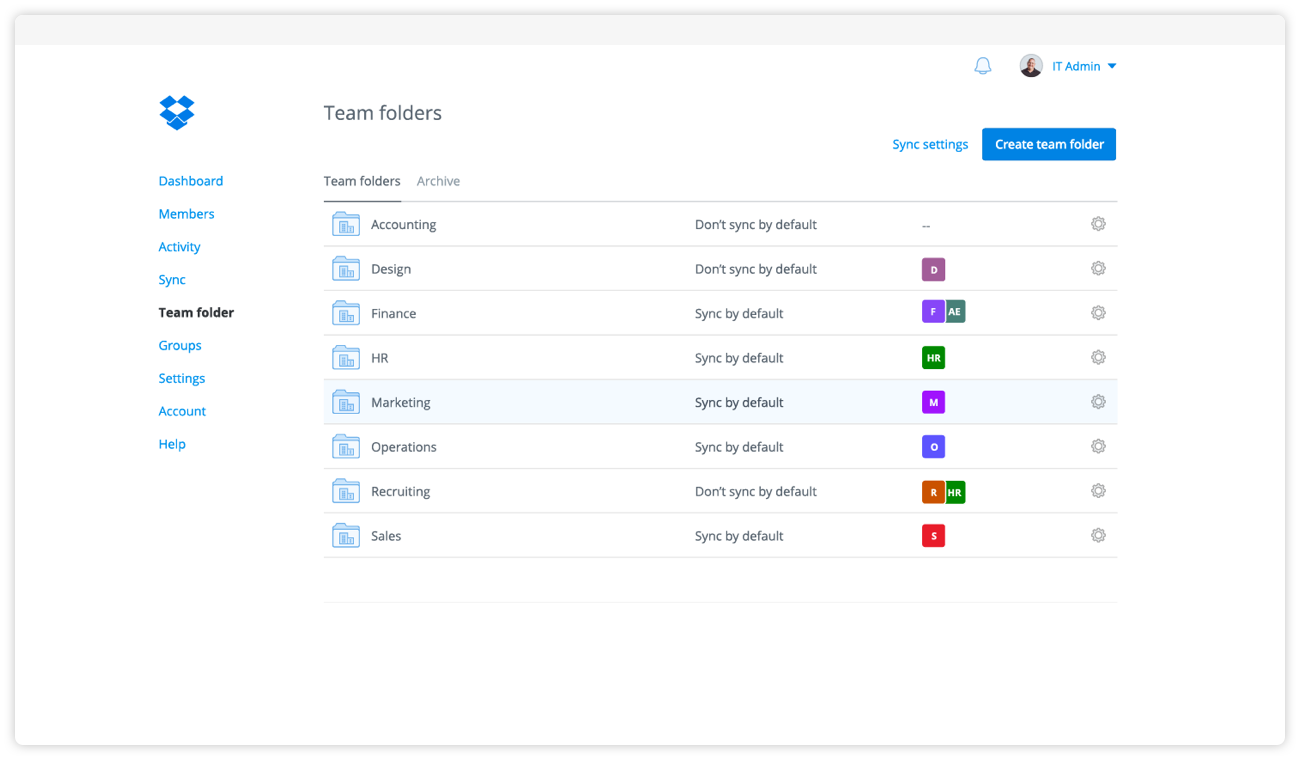 One reason cloud file-sharing service Dropbox has amassed more than 500 million registered users is because it is relatively simple to sign up for an account. But increasingly, the San Francisco-based company is being scrutinized for its ability to sign up corporate accounts for its commercial service, called Dropbox Business. That’s where Dropbox’s rivalry with Box (BOX) is most pronounced.

That’s also why for the past year, Dropbox has made a big deal out of prioritizing the creation of services designed to enable business teams to share documents and files more freely, while allowing IT organizations to lock down information that shouldn’t be shared beyond certain departments or management roles.

Dropbox started rolling out latest fruits of that effort (an initiative internally dubbed AdminX) to its approximately 200,000 Dropbox for Business customers on Wednesday. “This is a completely reimagined administrative experience,” said Rob Baesman, head of product for Dropbox Business. “Some of these different capabilities will show up soon. Others are available through our early access program.”

Chief among the changes are controls that allow corporate security teams to control someone’s access down to the folder level, depending on his or her role or office location. (Previously, it wasn’t possible to do this.) IT organizations can also more closely manage which data is synchronized automatically to the computer’s hard drive. That’s a security thing, but it’s also a practical move—no one wants their computer to clog up with thousands of files they don’t use regularly.

Alongside its push to appease IT organizations, Dropbox has been far more aggressive about its corporate sales push over the past 18 months. Last fall, it signed several international distribution deals and tapped Hewlett Packard Enterprise to help tell its story. Dropbox is also tying its fate to big business software companies such as Microsoft and IBM, which also has a close relationship with Box.

Like many other cloud software companies, Dropbox isn’t yet profitable. But CEO Drew Houston said earlier this month that his company is free-cash-flow positive, a metric investors will study if and when Dropbox chooses to public. Dropbox was last valued at $10 billion two years ago, although that amount has been called into question amid the uneven climate for tech IPOs.