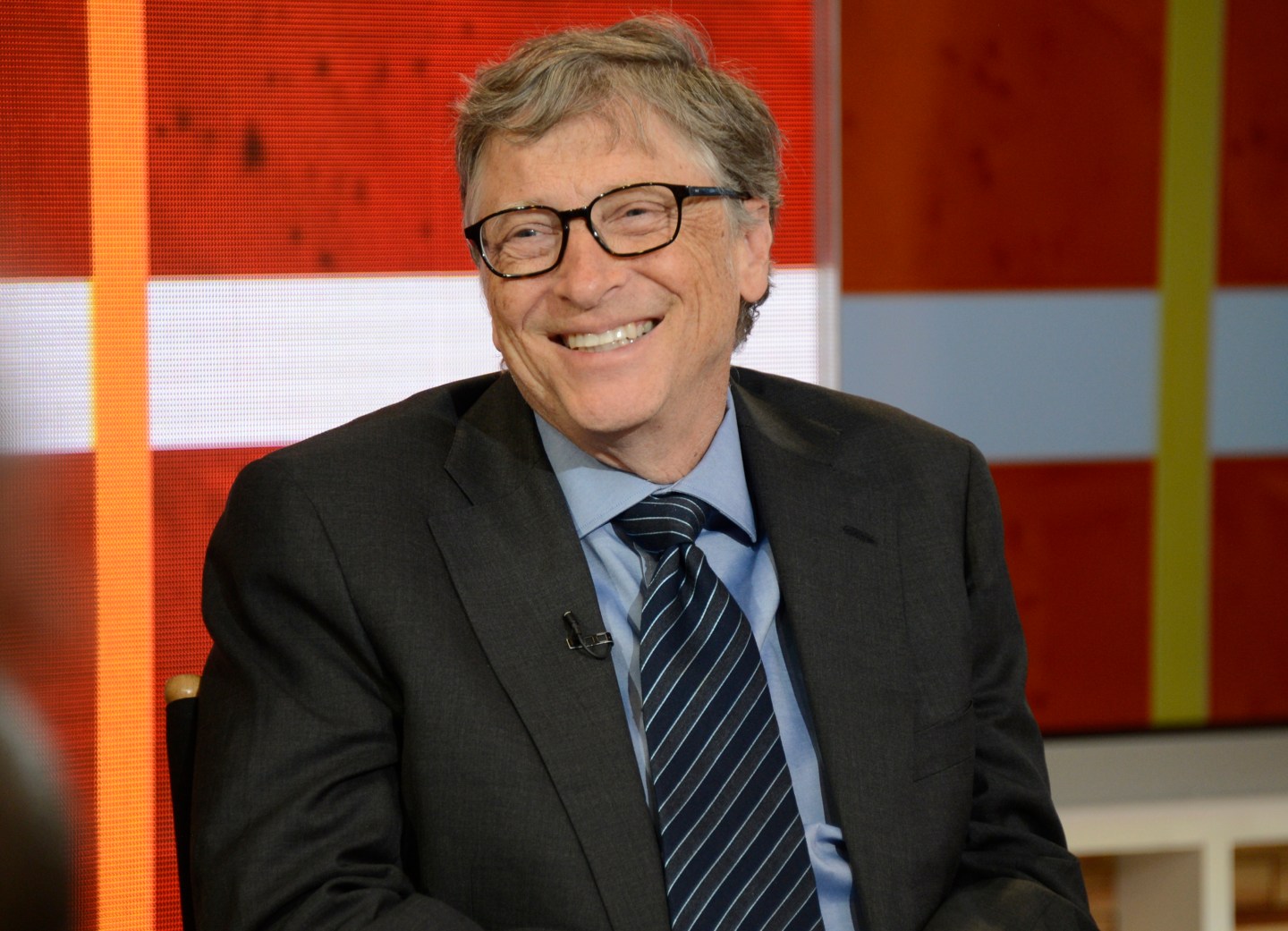 If you were worth $80 billion dollars, you might not be too worried about American’s productivity slump either.

Microsoft founder Bill Gates waded into one of the hottest debates in economics on Tuesday when he published a review of economist Robert Gordon’s new book, The Rise and Fall of American Growth, which Fortune described in an article published earlier this year.

Gordon argues in his book that “Economic growth is not a steady process that creates economic advance at a regular pace, century after century. Instead progress occurs much more rapidly in some times than others.” Unfortunately for us, Gordon writes, we are entering an extended period of slow growth, because the incredible technological advances that fueled the last 150 years of economic advances won’t be repeated.

Although Bill Gates praises the book as “engaging,” and says that Gordon does a “phenomenal job illustrating just how different life was in 1870 than it was in 1970,” Gates ultimately and vehemently disagrees with the central conclusion of the book. Gordon argues that the digital revolution that began in the 1970s and was largely incorporated into the American economy by the 1990s only affected a small section of the economy, namely the world of entertainment and communication. Gates disagrees, writing:

The digital revolution affects the very mechanism of the marketplace. How buyers and sellers find each other, how we amass information, how we can create models to simulate things before building them, how scientists collaborate across continents, how we learn new things—all of this has changed dramatically thanks to digital innovation.

And Gates believes that these changes will help power some pretty amazing technological advances that will help create economic growth and improve the human race in years to come. Here are the three that Gates mentioned in discussing Gordon’s book:

One of Gordon’s central arguments is that important technological advancements can only happen once, and therefore we can’t expect the economic growth that they foment to last forever. “This is true—but it’s true for things in the future, too,” Gates writes. “By Gordon’s definition, a robot that’s better at seeing and manipulating things than humans will only happen once.”

A recent analysis of the use of robots in U.S. manufacturing between 1993 and 2007 found that the application of robots “account for more than one tenth of total GDP growth over this period.” Even more advanced robotics could power even faster growth, though there are concerns as to how the gains of that growth would be distributed to workers.

A Cure for Alzheimer’s

“Think of a cure for Alzheimer’s,” Gates writes. “That disease costs the U.S. $236 billion per year, mostly to Medicare and Medicaid. A cure would immediately alter the budget of every state in the country, not to mention millions of lives.”

Although scientists don’t appear to be very close to finding a cure or treatment for the disease, Gates is right that all the economic incentives for developing such treatments are in place. Bloomberg recently called the disease “one of the [Big Pharma’s] last big untapped markets,” that could drive huge revenue gains, motivating large investments in studying the disease.

Gates first discussed Gordon’s book in an interview earlier this year with Ezra Klein of Vox.com. In that discussion, he argued that Gordon’s book would turn out to be “ironic” because he believes we are quite close to some really important advances in materials science, perhaps the one area that would have the widest effect on the global economy. Gates said:

The big benefit of the scientific understanding of the last 20 years in terms of gene editing, biology, machine learning, antibody design, material understanding—we will see the dramatic effects of those things over the next 20 years, and I say that with incredible confidence.

What new material science means for how you build things, how long it lasts—everybody’s talking about re-maintaining infrastructure. You know, we’re going to be able to build infrastructure that lasts 10 times as long as the cement rebar approach that we’ve had today . . .

With all the economic pessimism we’ve been hearing lately, it sure is nice to hear someone of Gates technological pedigree arguing that the best is yet to come.