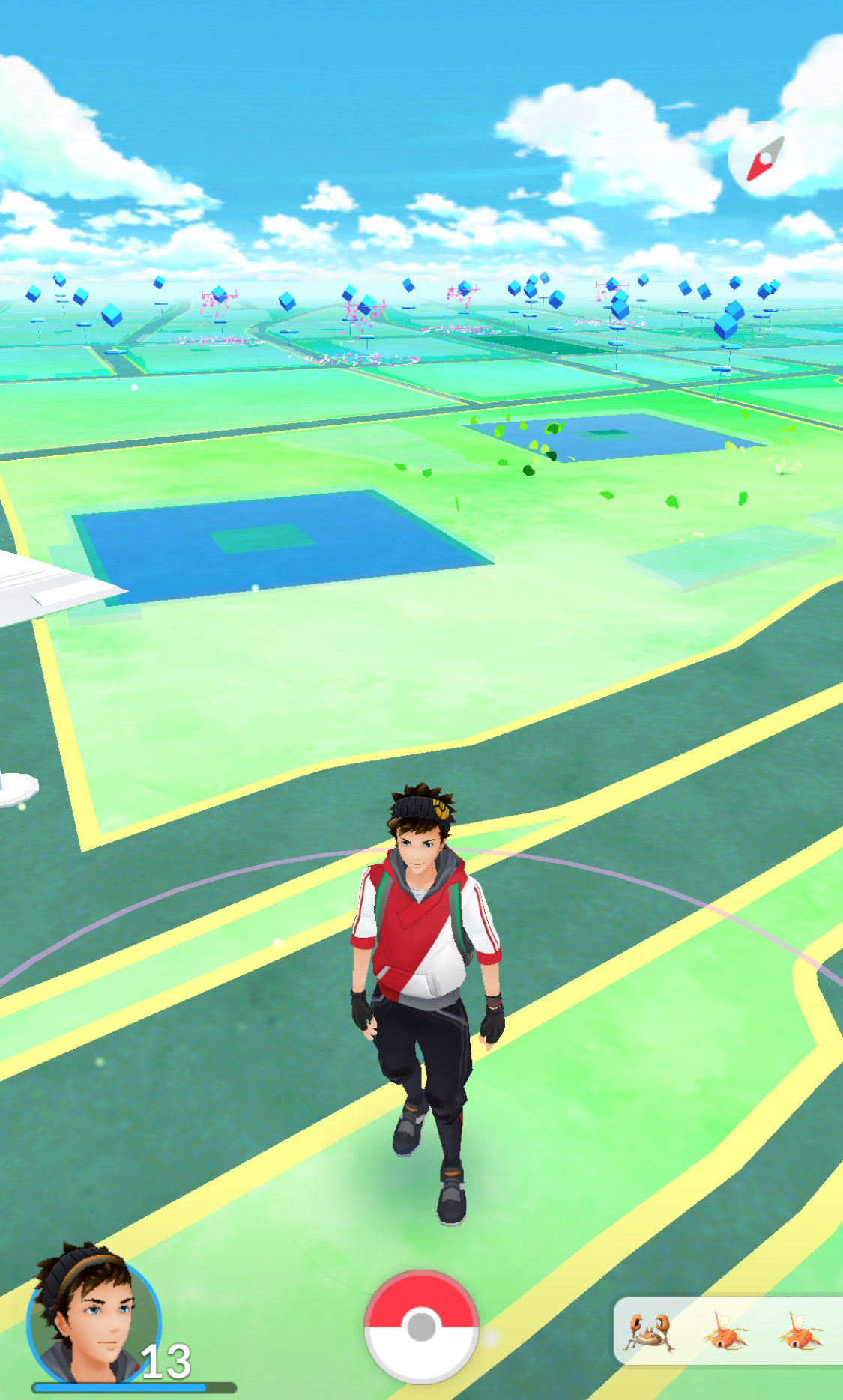 Those who might have been heading to the 9/11 Memorial in New York City and looking to access a Pokéstop in the vicinity are now out of luck.

A Fortune editor discovered on Tuesday that at least two of the Pokéstops that had been at the the 9/11 Memorial are now gone. He took a screen capture of the location (above) to show that the Pokéstops, which provide Pokémon Go players access to everything from eggs to Pokéballs used to capture more Pokémon, have been removed. He’s unsure when they were removed, but said that they were there “all last week” and since the game launched earlier this month.

The game’s developer, Niantic Labs, has come under fire for making Pokémon and Pokéstops available at memorials around the world, including the 9/11 Memorial and the Holocaust Museum. Earlier this month, New Yorker Mickey Kennedy told Fortune sister site TIME that placing a Pokéstop at the 9/11 Memorial is “wrong.” Kennedy added that the memorial should be a “place to reflect, not to play a game.”

Kennedy is by no means alone, and a quick search on social media reveals many people criticizing people on their smartphones who have been heading to the pools at the 9/11 Memorial to collect Pokéballs and other gameplay elements on areas where the names of every person who died in the September 11 terrorist attacks are displayed.

For its part, Niantic itself did not respond to repeated requests for comment from Fortune to confirm that it did in fact remove at least some of the Pokéstops at the 9/11 Memorial and if more Pokéstops at other memorials have also been removed. However, a spokesman for the company who works at an external public relations firm did say that if someone has noticed that a Pokéstop is gone, “it must be.”

The spokesman added that as complaints come in to Niantic about Pokéstops, the company takes appropriate action to remove them if it deems the requests legitimate. In the case of a Pokéstop at the 9/11 Memorial, it would appear such requests might be appropriate.

For more about Pokemon Go, watch:

That said, while the 9/11 Memorial appears to no longer be a Pokéstop, that doesn’t necessarily mean that Pokémon players can’t go there to find characters. Indeed, it’s still technically possible that Pokémon crop up at the memorial.