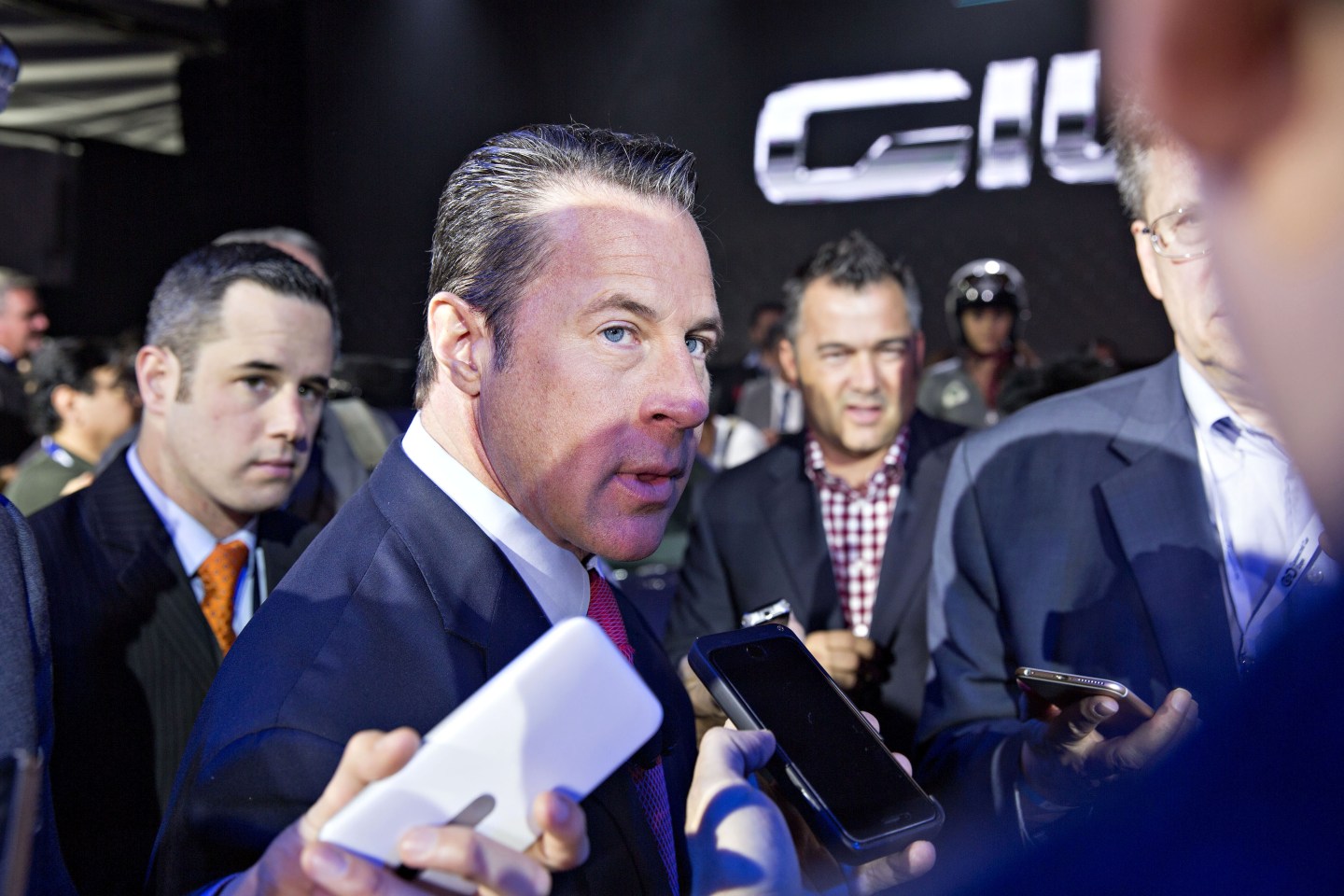 Reid Bigland, head of Nafta Sales and Alfa Romeo for Fiat Chrysler Automobiles NV, speaks to the media following the North American debut of the 2017 Alfa-Romeo Giulia Quadrifoglio at the Los Angeles Auto Show in Los Angeles, California, U.S., on Wednesday, Nov. 18, 2015. The 2015 LA Auto Show will be open to the public from Nov. 20-29. Photographer: Daniel Acker/Bloomberg via Getty Images
Photo by Daniel Acker — Bloomberg via Getty Images

An internal review begun at Fiat Chrysler in 2015 found its U.S. sales figures were inflated, partly due to pressure to keep a year-over-year monthly sales streak alive, the Automotive News reported on Monday, citing two sources at the automaker.

The report said sales were inflated by 5,000 to 6,000 vehicles, though the unidentified sources did not specify the time period.

Fiat Chrysler confirmed a week ago that U.S. regulators were investigating claims of inflated sales.

A spokeswoman for the automaker declined to comment on Monday.

The inflating of the sales figures was ended by Reid Bigland, head of Fiat Chrysler’s U.S. sales, after the internal probe, the sources told the Automotive News. Bigland is also a member of the automaker’s board of directors.

The turnover rate of staff at Fiat Chrysler’s nine U.S. business centers was four times higher than in the rest of the company because of pressure for results put on staff from executives, the publication said. Those executives were not named in the article.

Investigations by the FBI and the Securities and Exchange Commission are ongoing. They began after a January lawsuit filed by the Napleton Automotive Group said Fiat Chrysler officials were pressuring dealers to falsify sales reports.

The automaker’s sales in the United States have showed year-over-year monthly sales gains for more than six years.