This Is Why Donald Trump Gets Away With Insulting Rhetoric 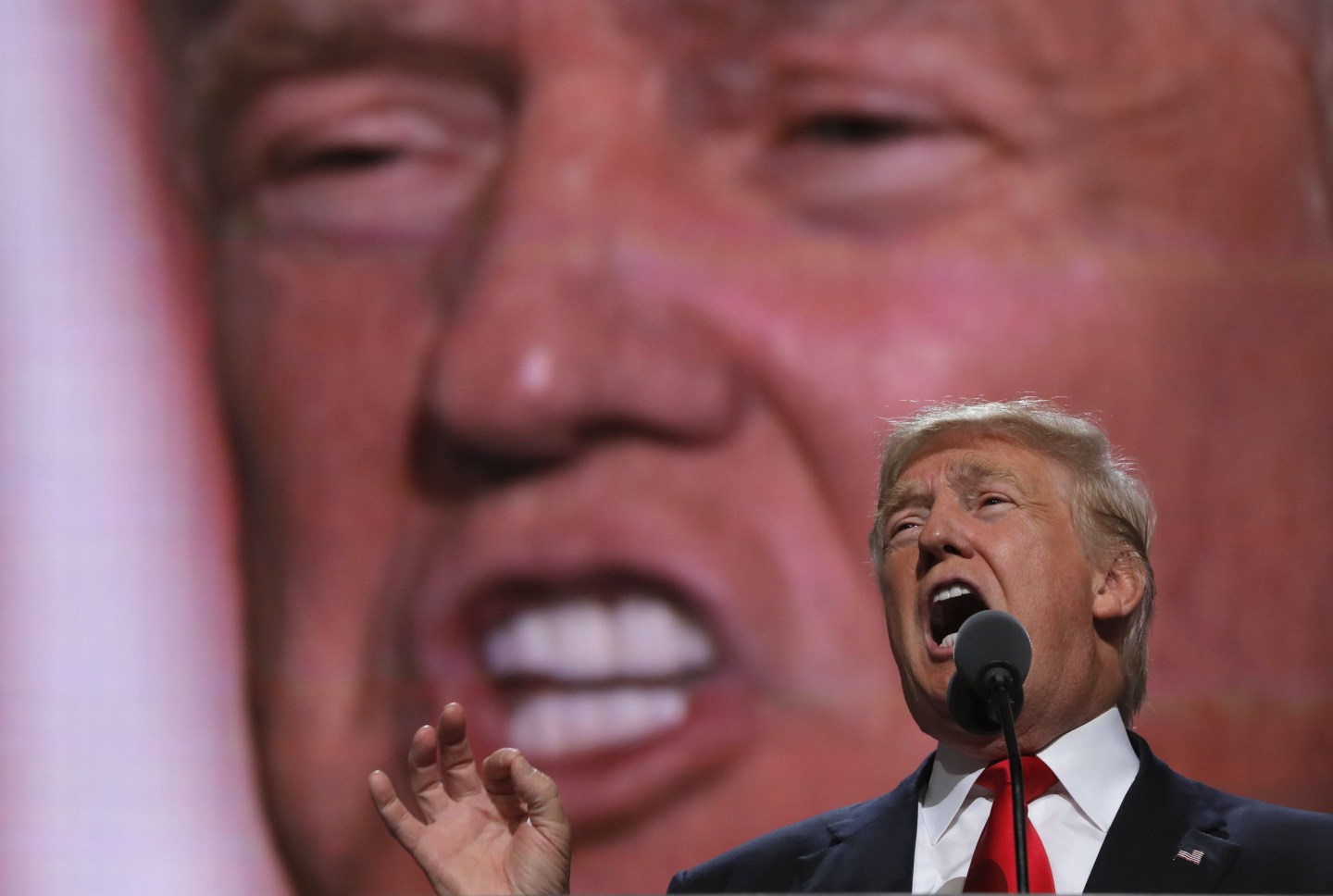 Allan Chernoff, CEO of Chernoff Communications, is a speechwriter and presentation coach. He is a former senior correspondent for CNBC and CNN.

As the Republican National Convention closed this week, Donald Trump’s conquest of the Republican presidential nomination reaffirms one of the most important principles of persuasive public communications: it’s not so much what you say, it’s how you say it.

Indeed, one could easily argue that Trump has become the Republican presidential nominee in spite of what he’s said. Who could have imagined anyone emerging victorious from the primaries by uttering one offensive remark after another: accusing Mexican immigrants of being rapists; proclaiming his intent to ban Muslims from entering the United States; and falsely claiming “thousands and thousands of people were cheering as that building [the twin towers] was coming down.”

But, as Trump has invented stories, offended Americans and made arguments that reveal his ignorance of the separation of powers (saying he would “loosen” libel laws to challenge news outlets; attacking the federal judge overseeing class action lawsuits against Trump University), he has done so in a style that remained convincing to millions of voters.

Trump’s presentation style is engaging. He draws attention not only through his outrageous remarks, but also with his assertive, energetic and highly confident delivery. Trump may be telling lies, may be making it up as he goes, but the vocal and visual qualities of his presentation tell an audience he firmly believes every word coming out of his mouth, and so should they.

Trump’s vocal tone is firm. He speaks in confident, booming cadences that say, “Listen to me! I know.” The inflection of his voice is always declarative. He emphasizes his core messages, by slowing down to stress key phrases, pausing to allow those points to sink in, then repeating himself, which is an effective presentation tactic because it helps to cement a message in the audience’s mind. Trump utilizes hand gestures for extra drama, pointing his index finger for emphasis; repeatedly connecting his index finger and thumb to give the OK signal; extending both hands forward to connect with the audience. His direct eye contact is piercing.

To reinforce his image as a business titan, Trump always wears a power suit and tie. Rather than trying to be a relatable shirtsleeves politician, as is typical for a presidential candidate, Trump’s choreography is intended to keep him above the crowd. He needs to maintain the aura of wealth and power, upon which his entire image and appeal is built, so his posture remains upright, his chest always out to match his bravado.

Never mind that Trump’s word choice pales in comparison to great orators like Ronald Reagan and Barack Obama. It’s the complete package that matters to his audience. The vocal and visual aspects of Trump’s presentation give him credibility in the eyes of his voters, in large part because they are focused on his presence, as much, if not more than his words.

Contrast, for a moment, Trump’s style with that of Jeb Bush and it is easy to see how the front runner just one year ago never had a chance. Bush may have smarts, may be brighter than his brother George W., but he lacks presence. Bush looked uncomfortable in his own skin during the debates, as if there was any place he’d rather have been: his smiles were forced, his slumping body leaned on the podium for support, his head bounced back and forth like a bobble head character. Bush’s non-verbal communication appeared to say, “I’m trapped in this body and need to get out.”

The takeaway for leaders is that the vocal and visual aspects of presentation speak loudly, often with more volume than words themselves. Non-verbal aspects of presentation influence how we hear words, can overwhelm details and create an overriding impression. That’s working in Trump’s favor, enabling intelligent members of his audiences to ignore his false claims and insulting rhetoric. They’re buying what they’re seeing and how it sounds.

Executives should heed this lesson from Trump’s political success. Leadership is not about being the smartest in the room, nor the most insightful. As helpful as those qualities are, the ability to galvanize audiences by attracting attention, holding it, and delivering essential messages in compelling, memorable phrases is more important. In practical terms, it’s better to rehearse delivery of an important speech with your presentation coach than forgo practice in favor of obsessing over precise language until minutes before the presentation. One week after a speech, audience members typically will remember little of the content, but they will recall the impression the speaker left. As Trump is proving, style often has more staying power than substance.