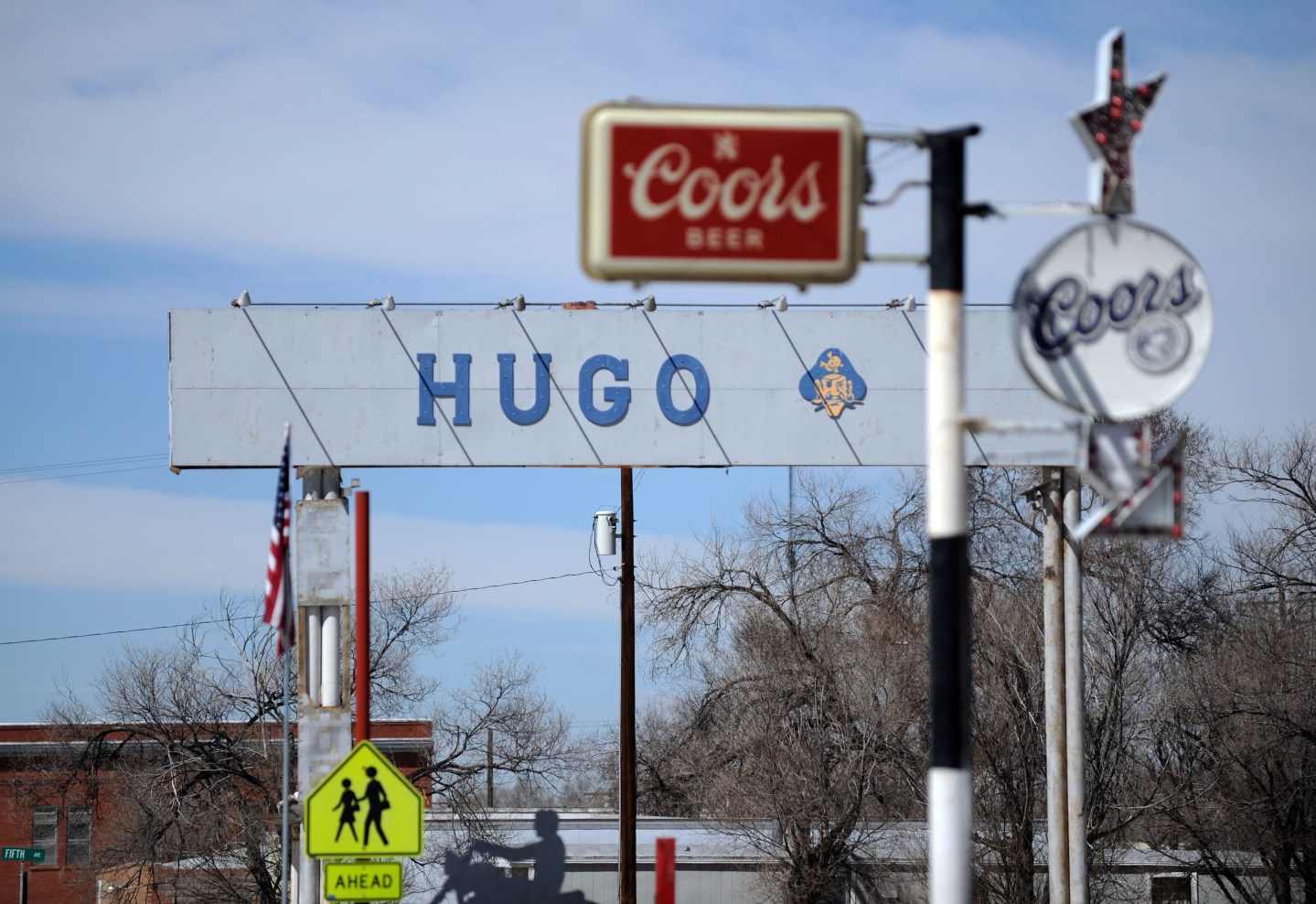 Officials have declared a local emergency in Hugo, Colo. after discovering that its tap water contained THC, the active ingredient in marijuana.

Marijuana has been legal for recreational use in Colorado since 2014, but officials are warning Hugo residents not to drink or cook with water there until they can determine the level of contamination.

The problem surfaced after a local company conducted a routine employee drug test, but unexpectedly got a positive THC result when testing a water sample, which was supposed to act as a control to ensure the validity of the employee’s results. After the company reported the unusual finding, authorities repeated the experiment Thursday on other Hugo water samples, some of which also tested positive for THC, according to the sheriff’s department for Lincoln County Colorado, where Hugo is located.

Upon investigation, authorities saw signs that someone had tampered with one of the Hugo’s wells, which it has since cut off from the rest of the water supply.

Unlike the water emergency in Flint, Mich., where lead poisoning sickened children, so far no Hugo residents have been treated for illness related to drinking the marijuana-laced water, officials said. The Red Cross had distributed more than 2,500 bottles of fresh water in Hugo as of Friday afternoon to keep people hydrated during the crisis. But at least one Hugo restaurant was forced to close its doors due to the concerns.

Meanwhile, Colorado’s public health department tried to prepare people for the possibility that they would accidentally become high from THC ingestion, citing “worst-case possible effects” including impaired “coordination and thinking” and “short-term memory,” as well as “psychotic symptoms such as hallucinations” in a statement on its website.

But certain health officials and marijuana experts noted that the raw form of the drug has no mind-altering effects, and THC does not dissolve well in water, leading some to question any actual danger. “It would take more [THC] product than any of us could afford to contaminate a city water supply to the extent that people would suffer any effects,” Lincoln County health officer Dr. John Fox said in a statement.

Still, the memes have already begun on Twitter, as people digested the peculiar scenario of pot flowing as abundantly as water:

I think we all know the culprits behind the water tower mystery..#HugosWater pic.twitter.com/Nt5ziBggtG

The Colorado Bureau of Investigation is currently running more tests on Hugo’s water to determine the extent of the THC contamination and expects to deliver “conclusive test results” between 3 p.m. and 4 p.m. E.T. Friday afternoon.