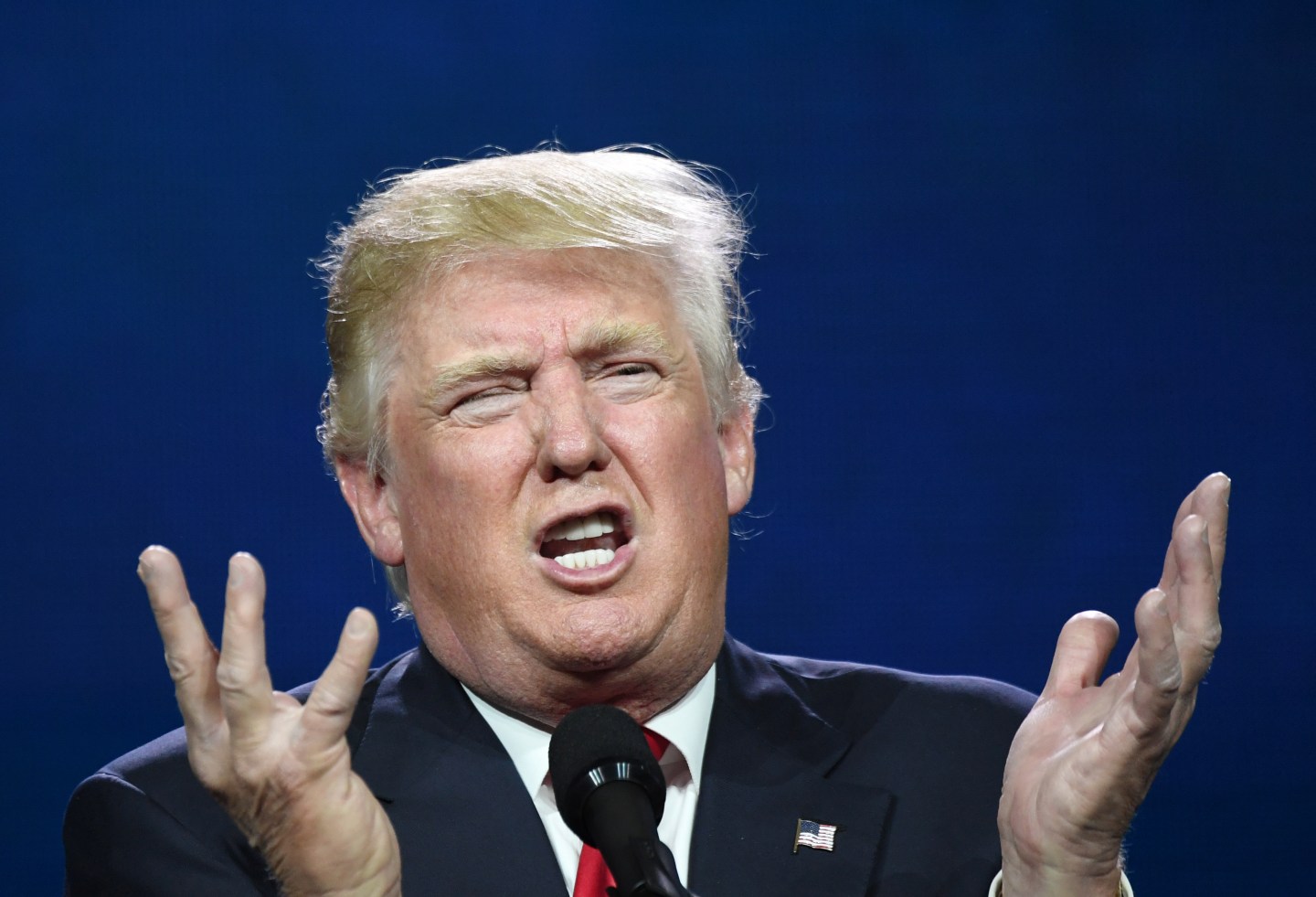 On Tuesday afternoon, a team of Hillary Clinton campaign staffers took to Facebook Live with a simple goal: “We think Donald J. Trump‘s been involved in more than 5,500 lawsuits,” the campaign posted on the social media site. “We’re going to try to read them all in under four hours.”

What followed next didn’t make for the most scintillating television, but it certainly got the point across.

Surrounded by whiteboards and file boxes in a crowded campaign office, several members of Clinton’s opposition research team—Lauren Dillon, Tyson Brody, and an unnamed assistant—explained the logic of their stunt. (If you have four hours to kill, you can watch their efforts here.)

“Trump has really made his business record a key centerpoint of his campaign. But there’s one thing that we know: He made millions off of ripping people off,” Dillon said.

“Now, this may take a bit,” Brody joked, “Because if you laid up Trump’s lawsuits back to back it would actually reach to the moon and back”

And with that, Dillon and Brody took turns reading the titles of lawsuits in which the Republican presidential nominee was involved or party to—starting with Trump Plaza Associates v. Thomas.

Looking progressively exhausted, the pair read the names while the third campaign worker made tally marks on a white board and occasionally updated the total.

During his long business career, the 70-year-old Trump has been involved in what is by any count an eye-popping numbers of lawsuits (including suits against his ex-wife Ivana, Merv Griffin, and people who share his last name).

A USA Today investigation found about 3,500 legal actions that involved Trump over the last 30 years, including some 1,900 where Trump (or one of his companies) was a plaintiff and 1,300 where he (or a related company) was a defendant. As Fortune noted in June, that’s more than the 2,609 Freedom of Information Act (FOIA) lawsuits filed during the almost eight years of the Barack Obama presidency.

Americans may never know the exact number of lawsuits that Trump has been a party to or involved in. As Clinton’s opposition research team came to the end of their four hours of allotted Facebook Live time, they had only made it a little past 3,150.

“We failed,” Brody exclaimed. “I still have so many papers!” Dillon added. And other staffers crowded in, tossing confetti.

Fortune has contacted the Donald Trump campaign for comment and will update this story if it replies.