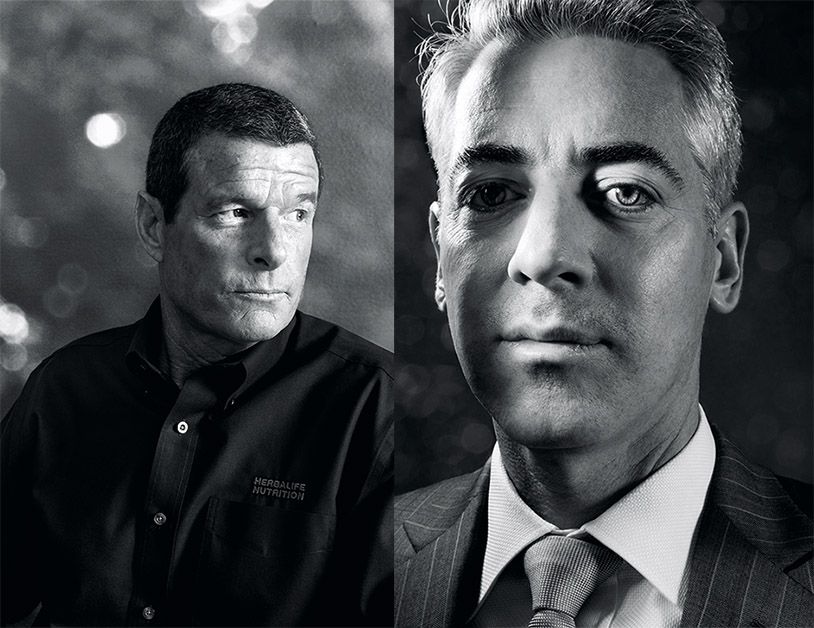 Herbalife (HLF) may have had reason to celebrate its settlement with the FTC on Friday—dashing the hopes of short-selling hedge fund manager Bill Ackman that the commission would try to shut the company down as a pyramid scheme. But the rest of its industry shouldn’t be partying.

“I was surprised [Herbalife] consented to these kinds of restrictions,” says Kevin Thompson, an attorney who specializes in representing multi-level marketing firms (MLMs).

“I’m assuming Herbalife (HLF) took the deal because they feel they can operate successfully under these restrictions,” he continues. But such standards, if they were to become the industry norm, would “dramatically slow down growth” for most of the sector, he said.

To resolve the Federal Trade Commission’s charges that the nutritional supplements company had been deceiving distributors about their earnings potential, the company agreed to pay $200 million into a fund to reimburse distributors who lost money.

But the part that should worry the industry isn’t so much the fine—though it is one of the largest ever levied by the FTC in a consumer protection case. The more ominous part is the consent decree Herbalife signed as part of its deal to avoid litigation and put the matter behind them. As part of its settlement, the company agreed to provide proof going forward that its products are being sold to actual customers—something Ackman, CEO of Pershing Square Capital Management, had been seeking since launching his assault on the company in December 2012. (In the decree Herbalife neither admits nor denies wrongdoing.)

While the decree’s terms may be strong medicine even for Herbalife, they would likely cripple, if not kill off, many of its competitors in what’s known as the direct selling, or multi-level marketing, industry. That category includes companies like USANA (USNA), Nu Skin (NUS), Amway, and Avon Products.

Herbalife hailed the decree in its own press release as “set[ting] new standards for the industry.” Though the settlement does not literally impact any other company, it sends a signal about what the FTC now expects of MLMs. In a press statement the day the deal was announced, FTC chair Edith Ramirez said the commission would soon be issuing “guidance” for the rest of the industry.

Late on Friday, the Direct Sellers Association issued a virtually content-free statement concerning the day’s events. It expressed “confidence” that the deal would “answer questions and misunderstandings” about direct selling, but it then shed no light on what “misunderstandings” or “answers” it was talking about. (According to the DSA, more than 20 million Americans are involved in direct selling, generating $36 billion in retail sales.)

Calls or emails to Amway and USANA were not returned as of late Monday, while Nu Skin referred me to the DSA. A spokesman for Avon Products—which withdrew from the DSA in 2014, said, “This is an individual action against one company and will not have an impact on our business. We are confident in Avon’s business model.” (Avon split into two companies earlier this year. Its North American operations are now run as New Avon, a private company run by Cerberus Capital Management. The public company continues to run the remaining global operations.)

Multi-level marketing (MLMs) companies use independent contractors to both sell their products and to recruit additional independent contractors to sell their products. They are paid commission fees based not only on their own wholesale purchases from the company—intended either for resale to retail customers or for personal consumption—but also on the purchases of their recruits and on the purchases of their recruits’ recruits, and so on.

Most MLMs bear at least a superficial similarity to illegal pyramid schemes, where early joiners make out like bandits but later participants inevitably lose their money since, mathematically, there’s no one left to recruit.

In a pyramid scheme, distributors buy product from the company just to manipulate the compensation system, not because they really want to consume it or resell it. (For that reason, inventory may pile up in garages or be dumped for resale at a pittance on the internet.)

In 1979, the FTC accepted the notion that MLMs were not categorically illegal, at least so long as they followed certain rules—known as the Amway rules, because of the case that established the precedent—that were supposed to ensure that when MLM distributors bought product from the company they were really consuming or reselling that inventory. (I described the legal background in more detail last September in a feature about Ackman’s crusade against Herbalife.)

Over the years, however, both the FTC and the courts have grown skeptical that these rules—which nearly every MLM claims to follow—are really being enforced or that they are, in any case, sufficient to prevent an MLM from devolving into a pyramid scheme.

Under the decree, Herbalife’s distributors will not only be required to keep records of their retail sales (which they were already supposed to be doing under internal rules) but to produce those records to Herbalife. Herbalife, in turn, is not supposed to pay full commissions to distributors unless distributors nationwide provide documentation for 80% of their retail sales. Distributors can get credit for a certain number of purchases attributable to their and their recruits’ own personal consumption, but at least two-thirds of the compensable purchases have to be resold to retail customers. Retail customers can either be people unaffiliated with Herbalife or they can be “Herbalife preferred customers,” a new category of Herbalife member created by the decree who join only to qualify for discounts but not to make money from commissions.

“The FTC-Herbalife settlement is a remarkable document,” says Douglas Brooks, a plaintiffs lawyer who has brought numerous class action suits against MLMs, including Herbalife, Nu Skin, and Omnitrition. “It represents the ultimate enforcement of the requirement that rewards to participants in a multi-level marketing compensation system must be based on bona fide retail sales.”

Brooks predicts that Herbalife will pay a price for the change. “I cannot imagine that this deal will not have a substantial adverse effect on Herbalife’s business,” he says. “The high level distributors upon whom Herbalife depends to keep the recruitment engine going will be tempted to jump ship, both because their compensation will be reduced and because of the onerous restrictions on their recruitment tactics.”

Brooks believes this even though the decree only applies to Herbalife’s U.S. operations, which account for just 20% of the company’s revenues. “The other nations in which Herbalife operates will be studying this deal very carefully,” he says, “and some will attempt to impose similar requirements.”

Pershing Square’s Ackman obviously shares Brooks’s views. In a statement Friday he predicted that the business changes brought about by the decree would eventually “cause the pyramid to collapse.”

Herbalife CEO Michael Johnson, on the other hand, contends that Herbalife is now stronger than ever. “The settlements are an acknowledgement that our business model is sound and underscores our confidence in our ability to more forward successfully.”

The market smiled on the company’s prospects, with its stock rising nearly 10% on the settlement news (though some longs had hoped for a bigger bump). Its largest shareholder, investor Carl Icahn, obtained from the company the right to raise his stake—currently 18.3%—to as high as 34.9%, and he opined in a statement that it was “time to consider a range of strategic opportunities, including potential roll-ups involving competitors.”

“Herbalife wouldn’t have settled if this was a death knell for it,” says David Vladeck, a Georgetown Law Center professor who was the FTC’s outgoing director of consumer protection when Ackman announced his short-selling attack against the company in December 2012.

“The company’s already made some progress,” he says. “It’s got very good lawyers. I can’t imagine they’d sign unless they thought they could prosper.”

That said, Vladeck agrees that the decree “sends a clear signal to the MLM community that the commission will take a close look at business models to ensure that the focus is on selling real products, not just enrolling new members. And the onus will be on the companies to prove that that is the case.”