Why Republicans Should Actually Vote for Hillary Clinton 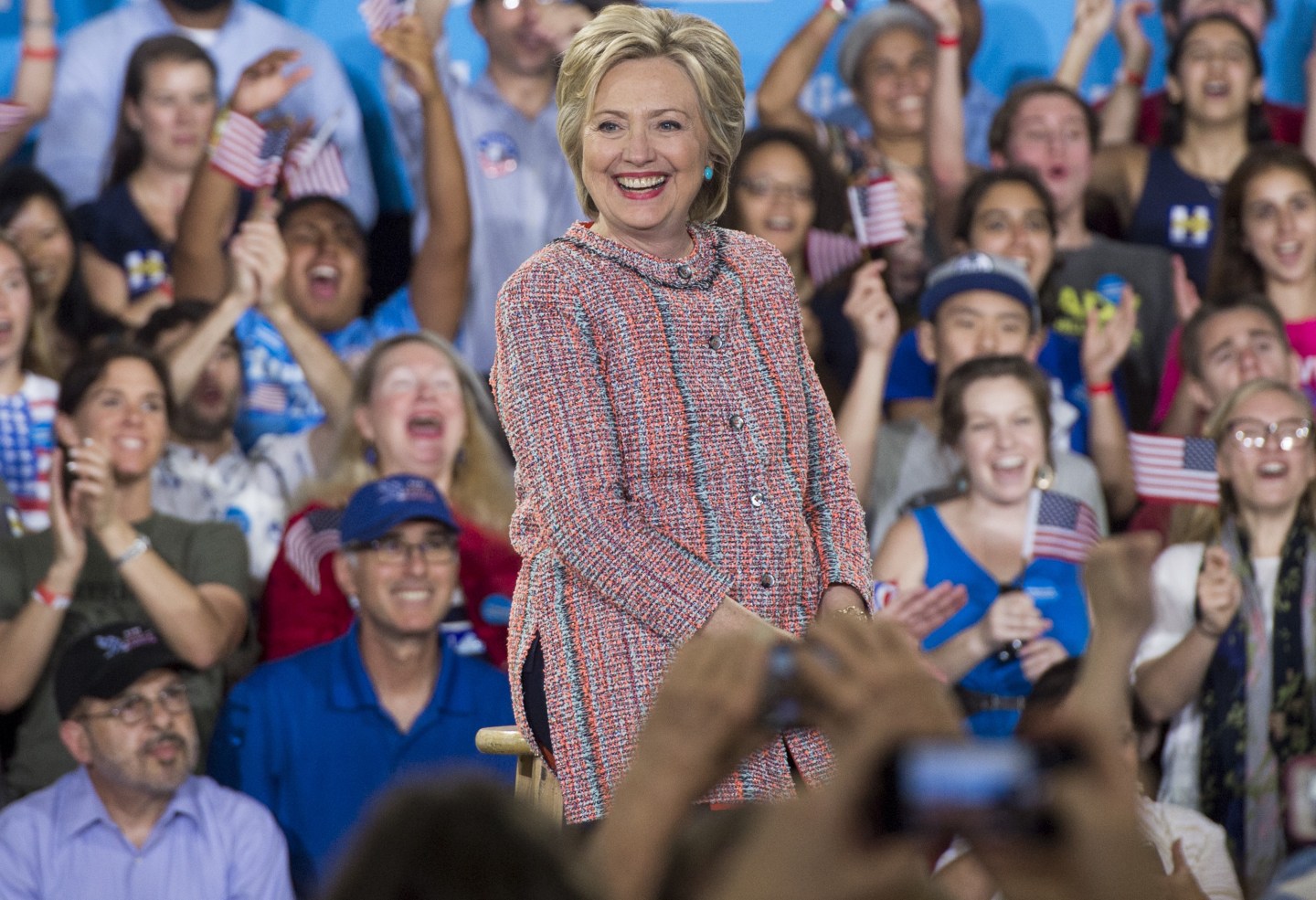 If Alexander Hamilton were alive today, I am certain he would be (1) grateful that the nation honors him by retaining his portrait on the $10 bill, (2) bemused by the Broadway rap play based on his life, and (3) planning to vote for Hillary Clinton.

Donald Trump would have reminded Hamilton of Aaron Burr, his political nemesis and the man who would ultimately kill Hamilton in a duel. Like Trump, Burr had an outsized, narcissistic personality. Fidelity to principle never stood in the way of Burr’s self-advancement. His defining moment came in the presidential election of 1800, when he reneged on a promise to serve as Thomas Jefferson’s vice president and tried to seize the presidency for himself.

Our founding fathers had hoped to avoid “the bane of political parties,” so they designed an electoral college to pick a president and vice president based on merit and accomplishment. Presidential and vice-presidential candidates were not supposed to run as teams because that would imply coordination and partisanship. Electors weighed the merits of candidates, elevating the most meritorious to the presidency and next-most meritorious to the vice presidency. But the framers’ hope that they could avoid parties was unrealistic, and the system they designed didn’t work well once parties began to form. George Washington largely transcended partisanship, but he had no successor who could match his accomplishments and virtues, and parties began to form even before he left office. In the election of 1796, the non-partisan selection system gave the presidency to John Adams, a leader of the emerging Federalist Party, and the vice presidency to Thomas Jefferson, the leader of the emerging Democratic-Republican party. The Adams Administration was severely hampered by internal partisan conflict.

To avoid repeating this dysfunctional arrangement, the emerging political parties put forward teams of candidates in the election of 1800. The Democratic-Republicans nominated Jefferson for president and Burr for vice president, but the Constitution’s selection procedure didn’t recognize this informal partisan understanding. Each elector had two ballots to cast, but the ballots for president and vice president were not separated. The final result was Jefferson and Burr getting the same number of ballots, producing a tie that could only be resolved by a special voting procedure in the House of Representatives. Burr ignored his informal agreement to serve as Jefferson’s vice president and tried to convince the House to choose him as president.

Burr’s betrayal of Jefferson in his attempt to become president confirmed the suspicions of many of his contemporaries, who had appreciated his many talents but doubted his character. The historian John Ferling described these fears concerning Burr’s character: “Throughout his career, many detected in him a frenetic ambition, an insatiable, indomitable craving for more wealth, material possessions, power, and acclaim—more of everything, a gluttonous avidity that they assumed drove him relentlessly.” Sound familiar?

Burr’s attempt to leapfrog over Jefferson put Hamilton in a bind. Hamilton was not a member of the House of Representatives when it convened to resolve the election, but he was an influential leader of the Federalist Party who could sway votes in the House. Many Federalist representatives were tempted to vote for Burr (and some did) because Jefferson was an ideological anathema to them. To mention only one of a variety of principled differences: The Federalists favored a strong national government, and Jefferson wanted to return power to the states. Asking a Federalist to vote for Jefferson is not that different from asking a conservative Republican to vote for Hillary Clinton today.

Yet that is just what Hamilton did: He supported Jefferson over Burr. Writing to Harrison Otis, leader of the Massachusetts House delegation, Hamilton noted that “Mr. Jefferson, though too revolutionary in his notions, is yet a lover of liberty and will be desirous of something like orderly government—Mr. Burr loves nothing but himself…” Hamilton concluded that any deal the Federalists tried to strike with Burr would never bind Burr, who “thinks of nothing but his own aggrandizement,” and whose controlling passion is “ambition.” With remarkable foresight, Hamilton saw that a Democratic-Republican administration under Jefferson would allow the Federalists to remain a principled party of opposition, ready to return to power when the Democratic Republicans faltered. If the Federalists supported Burr, however, “they adopt him and become answerable for him.”

Republicans who vote for Trump face the same dilemma. If elected, Republicans would be blamed for his failures. To support Trump, we must sacrifice our principles and reconcile our minds to his. Better we should follow Hamilton’s example and support an opposing party whose principles we reject—and remain a principles party of opposition.