Why Chipotle’s Recovery Could Take Years 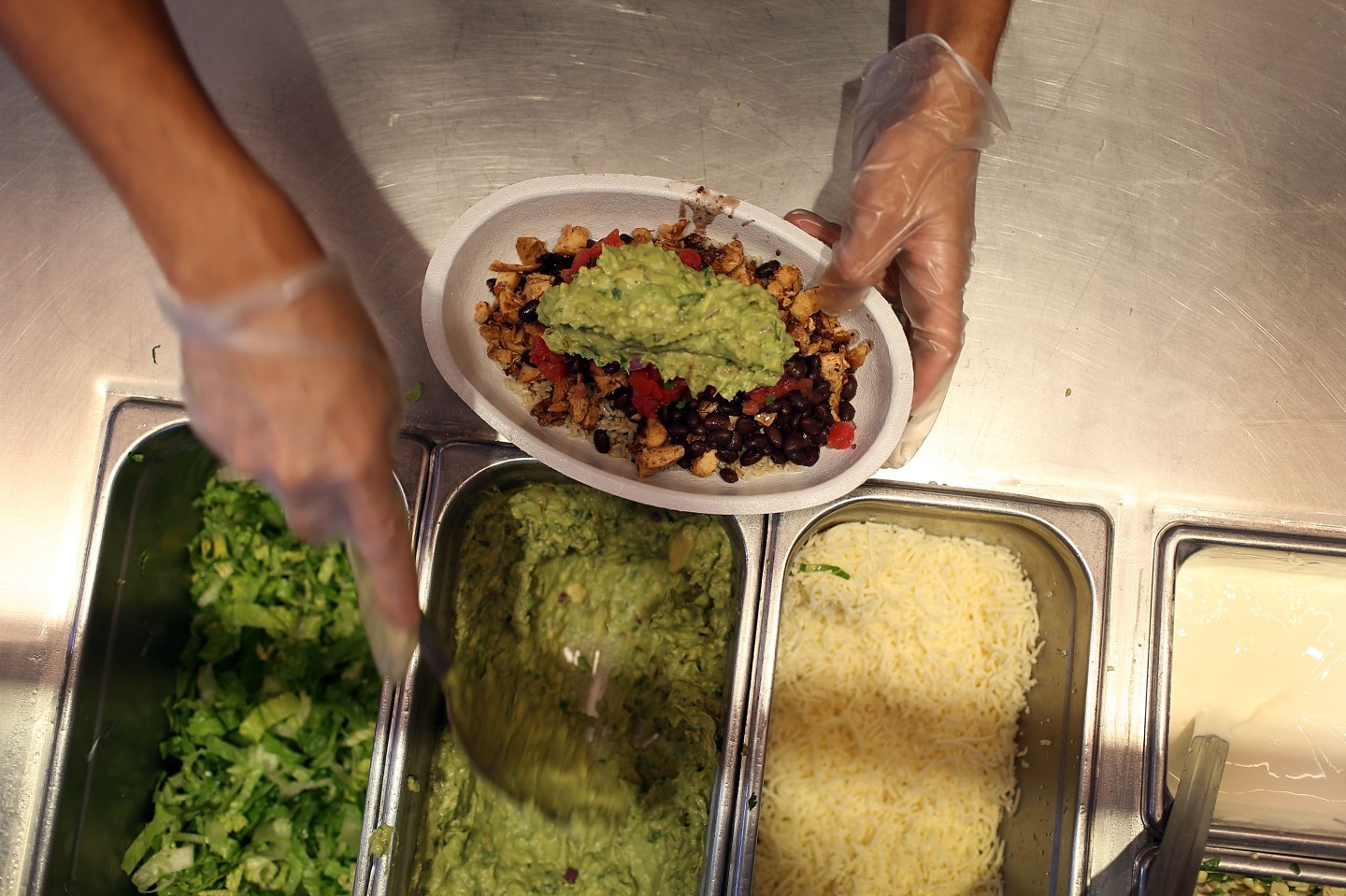 MIAMI, FL - APRIL 27: Chipotle restaurant workers fill orders for customers on the day that the company announced it will only use non-GMO ingredients in its food on April 27, 2015 in Miami, Florida. The company announced, that the Denver-based chain would not use the GMO's, which is an organism whose genome has been altered via genetic engineering in the food served at Chipotle Mexican Grills. (Photo by Joe Raedle/Getty Images)
Photo by Joe Raedle, Getty Images

The turnaround at Chipotle Mexican Grill may not be as speedy as the fast-casual operator’s service.

On Friday, a Wall Street analyst warned that a full sales recovery at Chipotle (CMG) could take longer than expected, as customers are still wary about returning to the chain in the wake of food safety woes that first surfaced last year.

Morgan Stanley analyst John Glass issued a bearish report that warned a survey of 2,000 consumers (720 of whom say they eat at Chipotle) implied that 13% of those diners still say they don’t have any plans to return to the chain. That’s almost identical to the 15% that reported the same intentions in a similar survey that Morgan Stanley conducted in January.

And just as problematically, another 13% of guests say they have cut back the frequency of visits to Chipotle.

“A full sales recovery to prior peak volumes could take years in our view,” Glass warned. He downgraded his rating on the company’s stock.

Chipotle has aimed to regain the trust of diners after it poorly handled a prolonged E. Coli crisis that spread across a handful of states and generated major national headlines. Ultimately, the chain took more ownership by promising new food safety standards and eventually going promotional and spending more on advertising to help the brand recover. It also recently launched a summer loyalty program to try to boost traffic.

The Morgan Stanley survey uncovered several problematic issues that could make a turnaround tough for Chipotle. The survey found lower frequency was particularly evident in the Northeast and the West, two regions where the concentration of Chipotle heavy users is highest. it also found that the key reason for not going back is still food safety (33%), though nearly a quarter of those surveyed said they just found another chain they liked better.

The lingering concerns about food safety are problematic especially considering the fact that the last confirmed food safety incident took place six months ago. What Chipotle likely needs is a strong marketing message that would resonate with diners. But Chipotle is facing a setback on that front too: Chief Creative and Development Officer Mark Crumpacker was arraigned on drug charges earlier this month.

Wall Street analysts have already prepped investors for a poor 2016, seeing full-year sales of $4.18 billion, down from last year’s $4.5 billion. Still, Wall Street is hopeful a recovery could occur by 2017, when sales are seen rebounding to nearly $5 billion.

Chipotle executives have conceded it will take time to rebuild trust with customers and to fully recover from the issues it faced in 2015. Co-CEO Steve Ells told analysts in April that while Chipotle was “encouraged that a recovery is underway, we know that there’s still a lot more work to be done.”

Investors will learn more about the trajectory of that potential recovery on July 21, which is when Chipotle is due to report second-quarter results.