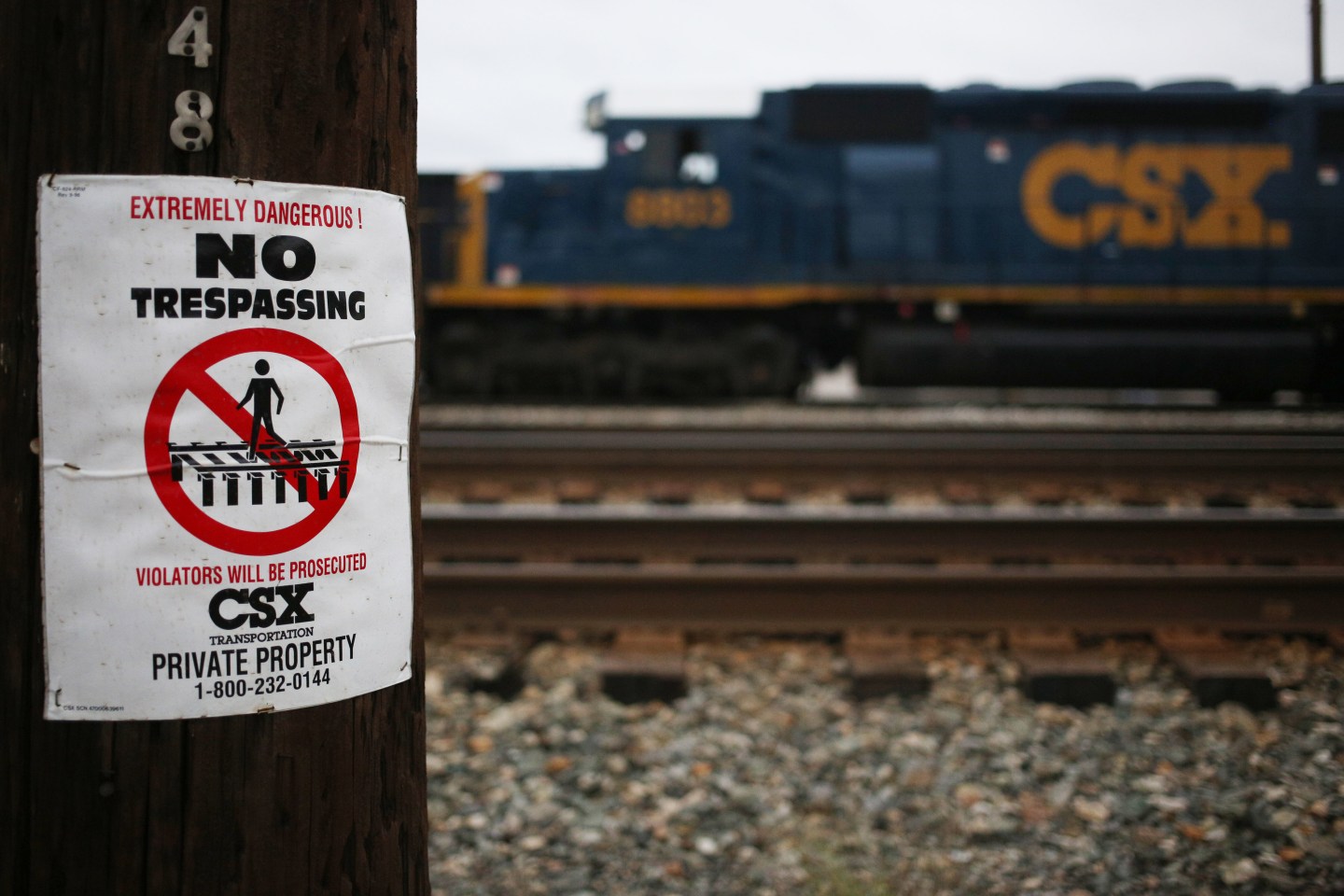 A 'no trespassing' sign is displayed along the railroad tracks outside the CSX Corp. Huntington Shop in Huntington, West Virginia, U.S., on Wednesday, Sept. 30, 2015. CSX Corp. is scheduled to release quarterly earnings results on October 13. Photographer: Luke Sharrett/Bloomberg via Getty Images
Photograph by Luke Sharrett—Bloomberg via Getty Images

The surge of strangers creeping around lawns and alleys looking for Pokemon has led to a predictable result—a corresponding surge in people calling the police about trespassers.

In response, police departments across the country are posting warnings on social media and elsewhere for people to take care in how they how they hunt the digital beasts. (In case you’ve been living under a rock, the craze involves people using to an app to find Pokemons on a real-world map and “catch” them by flicking a finger on their smartphone screen).

According to the AP, police officers nationwide are being called on to investigate Pokemon related incidents. The phenomenon is happening everywhere, leading fed-up cops to tell people to knock it off:

Don't let Pokémon Go get you hurt or into trouble. Trespassing is bad. #keepyourheadup

It’s happening north of the border in Canada too where a constable posted a “strangest call of the day,” and even up in wide-open Alaska where authorities have posted a sign telling folks to stay away.

This is real life outside the @NWSAnchorage office–bc too many Pokemon Goers were trespassing @ktva pic.twitter.com/T1rUsiugoO

So far, it appears police are not taking a heavy-handed approach to the Pokemon zealots. According to the AP report, there have been no reports of arrests, though one Utah teenager reportedly received a Pokemon-related trespassing ticket.

But that doesn’t mean rumors aren’t flying. A fake news site, for instance, is fooling people with articles about a homeowner shooting a 15-year-old Pokeman chaser to death. While Snopes debunked the story, the scenario does suggests how Pokemon and “stand your ground” laws could be a fatal combination.

For now, in the absence of serious stupidity, the vast majority of Pokemon players are likely to remain safe. Though, based on these tweets, it may be just a matter of time until a tragic incident:

Please stay off the fishing pier. The Pokemon will hopefully be there when it reopens. Had calls about this already pic.twitter.com/KtnarsXPaE

From FB friend: "I'm stuck on the Acela as Police have stopped trains since morons are up ahead on the tracks looking for Pokemon."

As one of the few people who doesn’t understand the appeal of chasing digital creatures in odd locations, I can only hope this fad will peter out sooner than later.