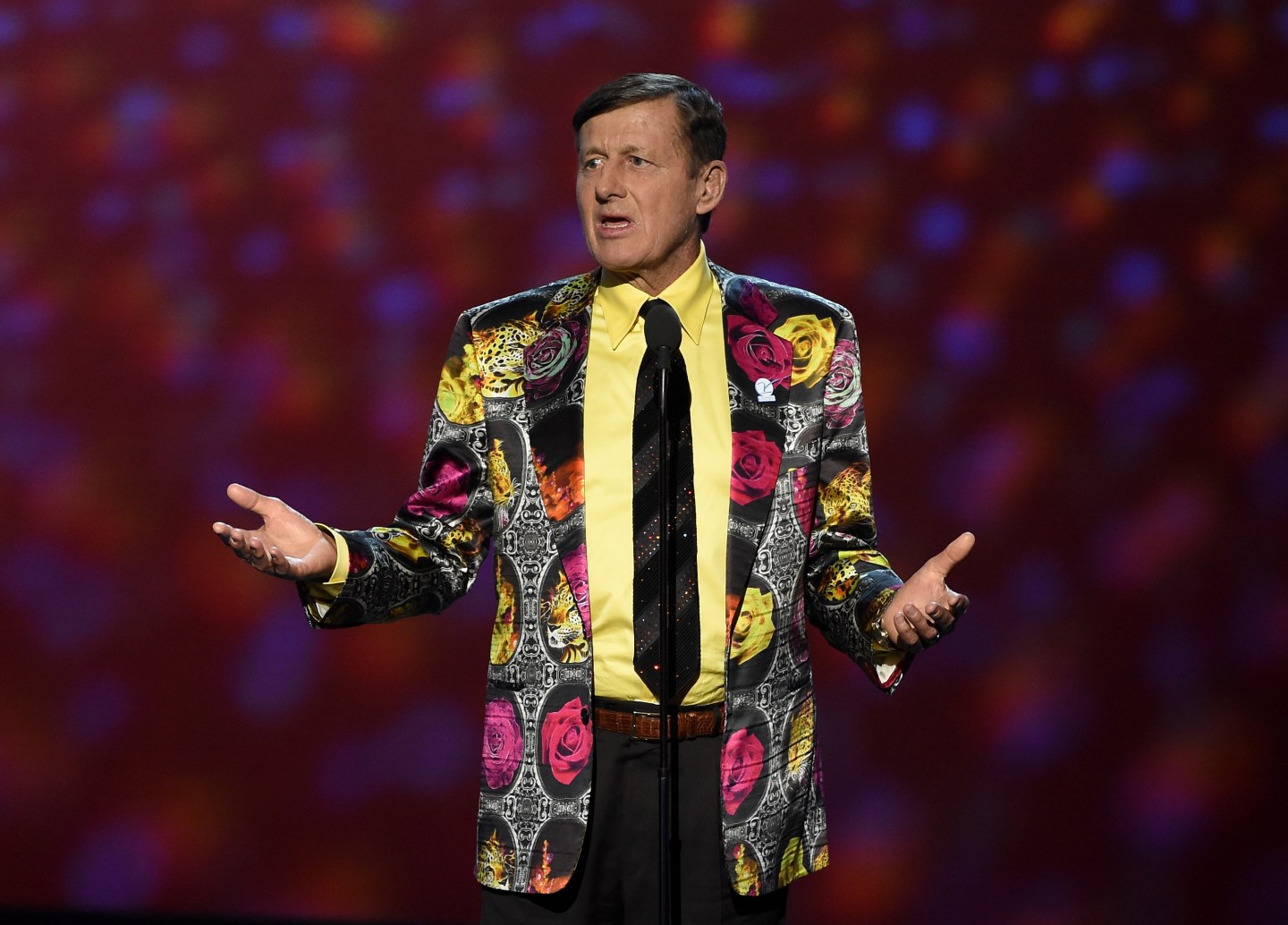 After renowned sportscaster Craig Sager received the Jimmy V Perseverance Award during the ESPY Awards on Wednesday, his inspirational speech that followed left few with dry-eyes.

The longtime NBA on TNT sideline reporter was diagnosed with leukemia in 2014. The Jimmy V Award has been awarded since 2007 to those in sports who have “overcome great obstacles through perseverance and determination,” according to the network. Vice President Joe Biden, who lost his 46 year-old son Beau Biden to brain cancer, presented Sager with the award.

Despite his battle with cancer, Sager, 65, has continued to work. He even worked his first NBA Finals in June.

“If I missed a game, that meant I was losing the battle. I’m not going to let leukemia affect me,” he said during his ESPY tribute video.

Unfortunately, this past spring Sager learned that his leukemia was no longer in remission, and doctors gave him a prognosis of three to six months to live without treatment. But Sager said he could live longer and beat his aggressive type of cancer.

“Whatever I might’ve imagined a terminal illness would do to my spirit, it’s summoned quite the opposite. The greatest appreciation for life itself,” he said. “So I will never give up. And I will never give in. I will continue to keep fighting, sucking the marrow out of life, as life sucks the marrow out of me. I will live my life full of love and full of fun. It’s the only way I know how.”

Sager, who is known for his colorful outfits and vibrant interviews, has had a 44-year career.

“Sports are in my soul. They’ve guided my life,” said Sager.