Clinton Doesn’t Yet Have Sanders’ Most Valuable Chip 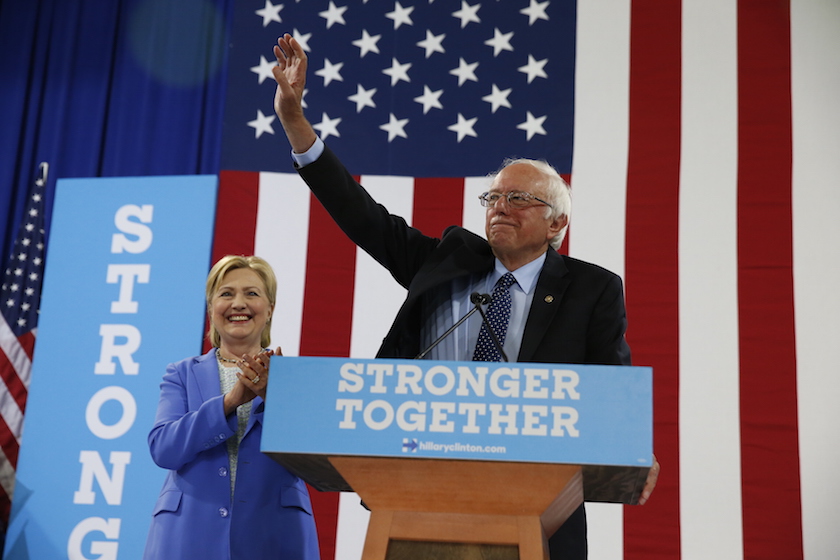 Hillary Clinton has Bernie Sanders’ support. She has his endorsement. There’s one thing, though, that she won’t be getting from him — his e-mail list.

The Sanders e-mail list, which includes his millions of volunteers and donors, is considered the crown jewel of Democratic Party organizing. It was how he was able to bring in all of the fabled $27 donations and build a respectable operation despite having little support from traditional Democratic power brokers.

The Sanders campaign confirmed to NBC News on Thursday that it had not yet handed the keys of the e-mail list to the Clinton campaign.

Sanders campaign confirms to NBC they have not handed over their valuable email list to Team Clinton. No word on if/when that will change.

Though Sanders could of course still give Clinton the list, it seems possible he is saving it for furthering his “political revolution,” as he has hinted at in several speeches since the primary season ended.

In an op-ed published this week, Sanders said that more news would be coming on that front soon:

In the coming weeks, I will be announcing the creation of successor organizations to carry on the struggle that we have been a part of these past 15 months. I hope you will continue to be involved in fighting to transform America. Our goal will be to advance the progressive agenda that we believe in and to elect like-minded candidates at the federal, state and local levels who are committed to accomplishing our goals.

Sanders may be angling to create a kind of progressive version of the Tea Party, which was successful at disrupting the established order of the Republican Party through running more conservative candidates in primaries throughout the country. Sanders list would likely be a key part of raising funds and recruiting candidates for that kind of movement.