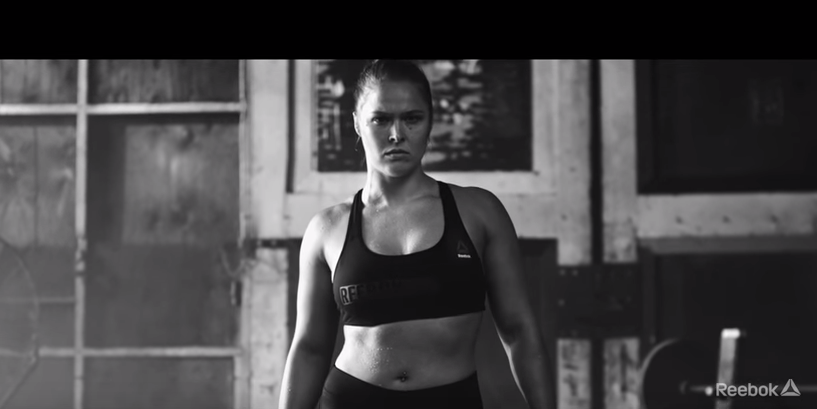 Ronda Rousey knows she’s not perfect. And guess what? She’s okay with that.

It’s an apt theme for Rousey, who has long been a polarizing figure. The critics piled on after her loss to Holm, calling her overrated and under-skilled. And, as a famous woman, the slams haven’t been limited to her fighting chops: Body shamers have complained that Rousey looks “too masculine,” while she had to apologize to fans after sharing an Instagram photo where her arms had been altered to appear less muscular.

The ad, part of Reebok’s #PerfectNever campaign, nods to both sets of critics. Rousey is seen stripping away the trappings of glamour—hair extensions, makeup—and reappearing in sweaty boxing gear, pummeling a bag.

In a behind-the-scenes video filmed for the campaign, Rousey talks about her approach for dealing with others’ judgment. “The acceptance of criticism is part of who I am… People usually hate my guts—or they really, really like me. I’m fine with that.”

There’s power in being a female celebrity who’s forced to handle the haters in such a public way, says the fighter.

“A lot of women are under the pressure of making everyone happy with them all the time,” says Rousey. “I feel like it’s good to have examples out there where it okay, not everyone’s going to like you, but it’s okay.”